"How do we get liberals to understand that we are the liberals in this debate?" 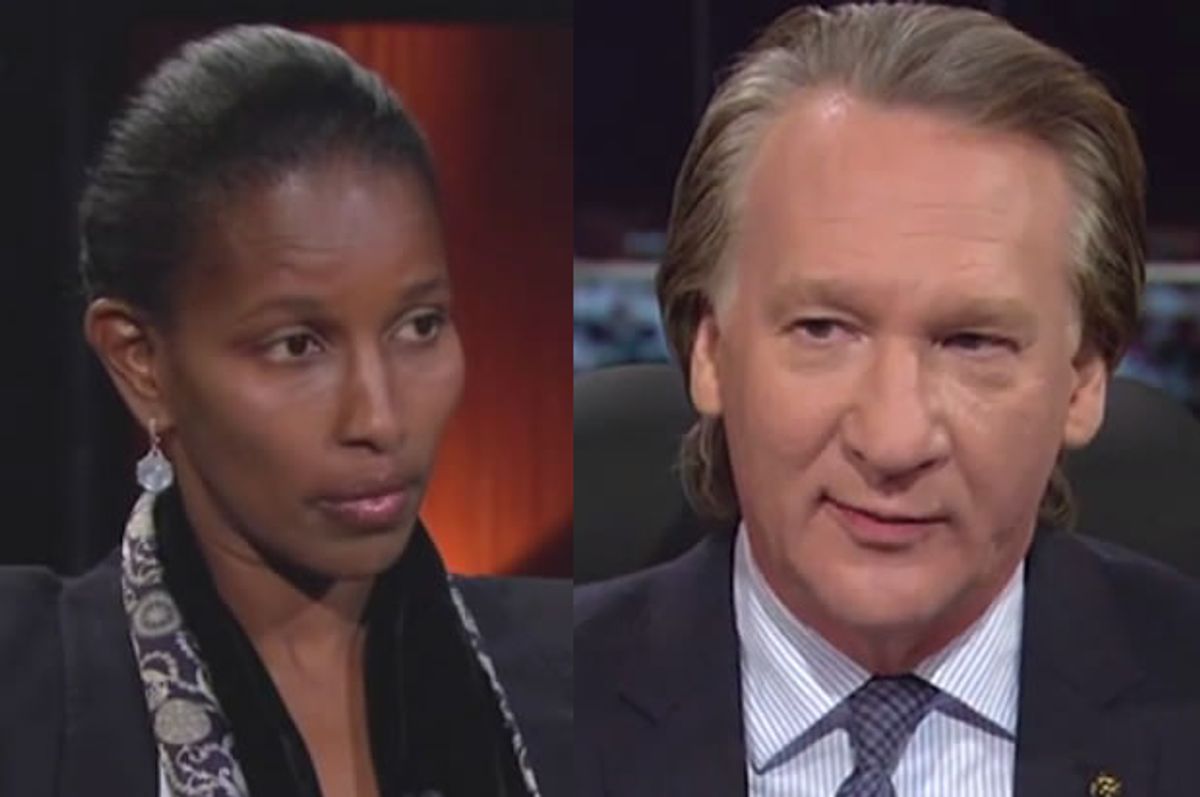 Anti-Muslim activist Ayaan Hirsi Ali sat down with Bill Maher on "Real Time" last night to discuss the inability of liberals to confront the radicalization of Islam.

Maher began by noting that when he invites liberals on "Real Time" to discuss the issue -- most famously, or infamously, Ben Affleck -- they accuse him of "painting with too broad a brush," saying that "of course Saudi Arabia's backwards, but what about Indonesia and Turkey and Jordan?"

Maher said that he looked it up, and the vast majority of the populations of those countries favor Shariah law, stoning for adulterers, and death for those who leave the Islamic faith. "How do I get liberals," he asked Hirsi Ali, "to understand that we are the liberals in this debate?"

"Islamic extremists divided the world into 'us' and 'them,'" Hirsi Ali continued. "And even among the pious Muslims, they kill them, subjugate them, sell them into slavery. They rape the women and destroy arts and civilization."

"If you are a liberal and really, truly believe in the principles of liberalism," she concluded, "you've got to stand up to the challenge of the day -- and that is Islamic extremism."

Watch the interview with Ayaan Hirsi Ali via "Real Time with Bill Maher" below.