It's not an act, Maher said. "He may be full of shit, but it's sincere shit" 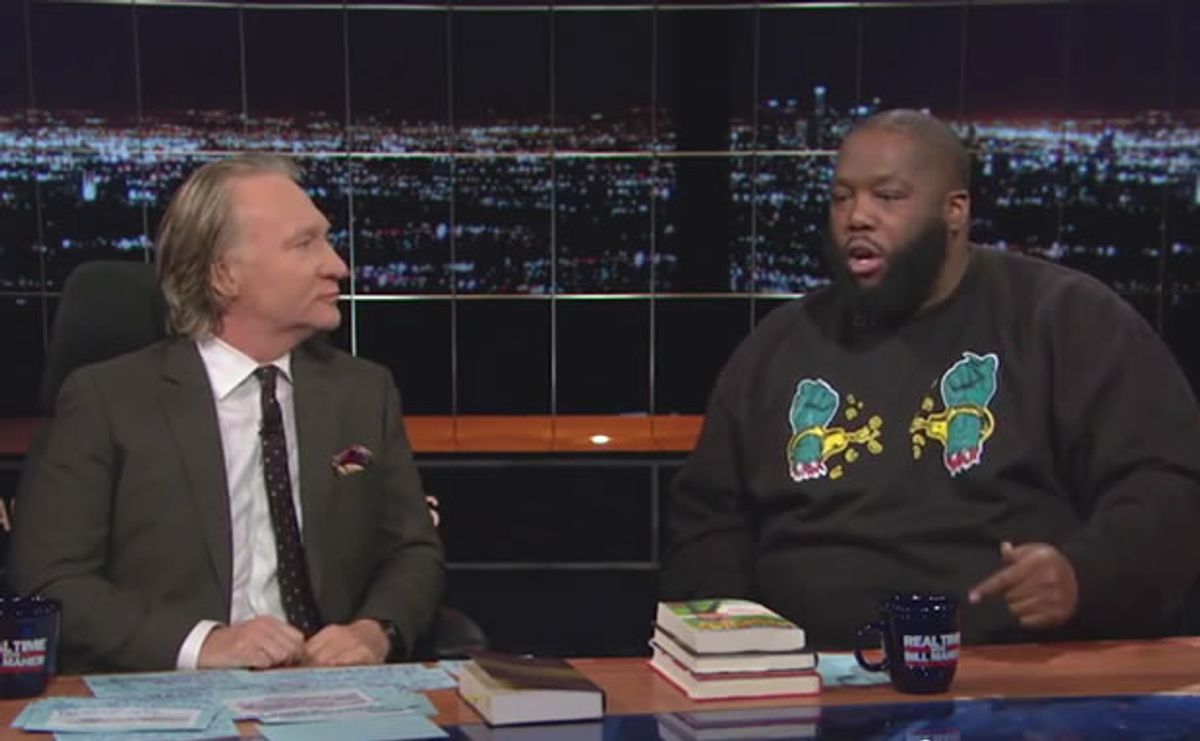 On "Real Time" last night, Bill Maher and "Killer" Mike Rendell discussed Bill O'Reilly's crusade against the secular "rap industry," which he claimed on Wednesday's episode of "The O'Reilly Factor" could lead to a Rome-like decline of American civilization.

"What do you think of Bill O'Reilly?" Maher asked Rendell.

"I like Bill O'Reilly the character," Rendell replied, "I hate that old white people take him so seriously. He's more full of shit than an outhouse!"

"I guarantee I'm going to go into a black club and see him with a stripper on his lap. He's as fictional as those books he writes," he added, referring to O'Reilly's bestselling books "Killing Lincoln," "Killing Kennedy," and "Killing Jesus."

"It's an act," Rendell said, suggesting that the "Bill O'Reilly" who hosts "The O'Reilly Factor" is as much a creation as the one Stephen Colbert based on him on "The Colbert Report."

Maher disagreed, saying "I know Bill -- that is not an act. He may be full of shit, but he's full of sincere shit. People really think that way!"

Rendell later addressed O'Reilly's argument that the secular "rap industry" was leading to a decline in Christianity by saying that "Jesus the original rapper! He was arguably a black guy, or at least dark. Hung with a posse of homies, one of whom was strapped with a knife. Went to war with the government -- and lost. And everybody loved him more after he died, like Tupac!"