Richard Dawkins doesn't "give a damn": The big mistake he's making about religion 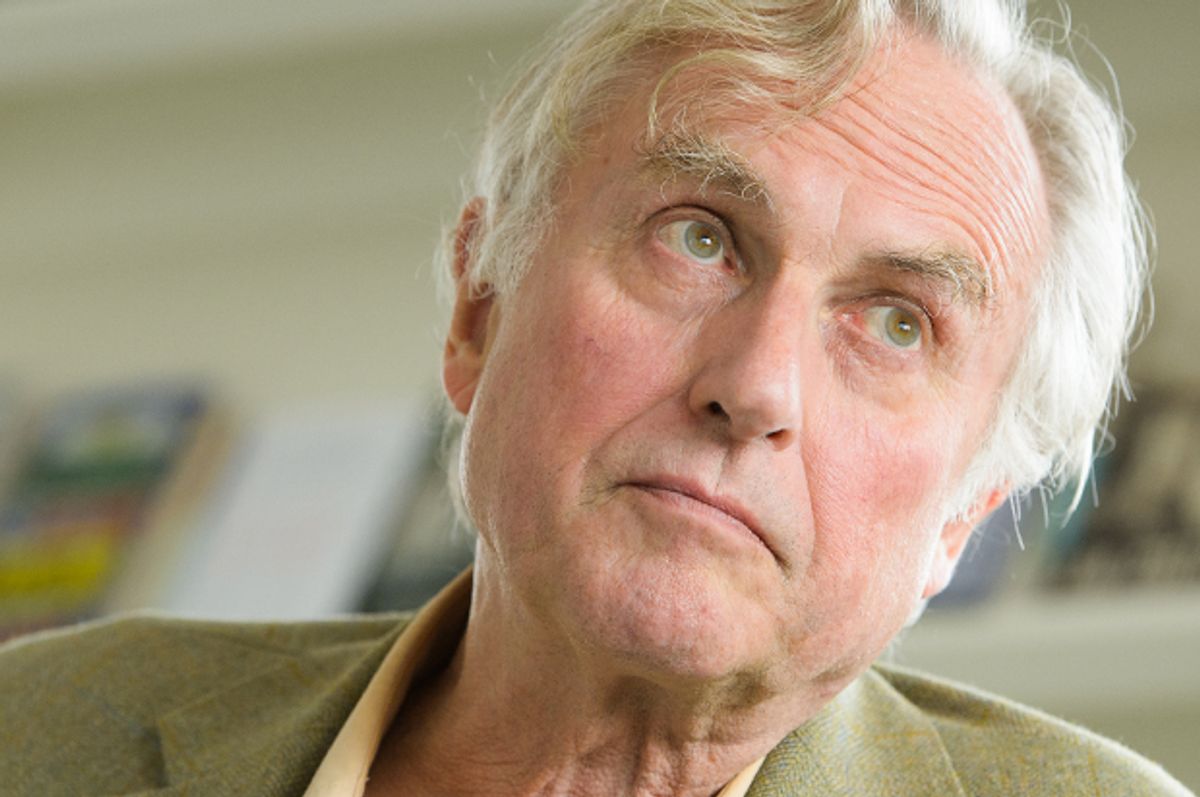 In a recent essay for Salon (“New Atheism’s Fatal Arrogance”), I encouraged atheists to think more broadly about the function of religion than do the luminaries of the New Atheist movement. "Religious convictions, in many cases, are held not because they’re true but because they’re meaningful, because they’re personally transformative," I wrote. "New Atheists are often blind to this brand of belief."

On Sunday, biologist and blogger Jerry Coyne posted a lengthy response to my piece on his website. Coyne’s critique was echoed on Twitter by several prominent New Atheists, such as Richard Dawkins and Steven Pinker. Dawkins in particular wrote:

“I DON’T give a damn if people find religious belief comfortable or meaningful. I only care whether it’s true.”

I, too, care about the truth, but comments like this are conversation-stoppers. The potential to persuade is immediately lost. If Dawkins has any aspirations beyond preaching to the choir, why would he not care what people find meaningful? The question here is simple: Do the so-called New Atheists want to win an argument, or do they want to make the world less dogmatic? Do they want to preach to the converted, or do they want to reach well-intentioned believers who reject Bronze Age beliefs, yet find something valuable in religion nonetheless?

For Dawkins, truth is paramount. But he doesn’t address the utility of truth, or the motivations behind people's pursuit of it. As a scientist, Dawkins thinks of truth in the empirical sense, as an account of what is. I’ve no issue with that. But religion isn’t a science, and it’s a mistake to treat it as such. Religions make all sorts of claims about the empirical world, almost all of which are false. Atheists are right to criticize these claims wherever they appear. But denying the truth claims of religion won’t suffice, because religion is about much more than truth; it’s about meaning, values, tradition, consolation, community, and transcendence. Dawkins flew right past this point in his response. That’s unfortunate.

I believe atheists must go beyond disproving religion, if the goal is to make people less religious and more attentive to experience. We’ve known since Copernicus that the empirical claims of religion are false, yet religion persists. Perhaps that’s because people are invested in their faith for reasons unrelated to truth, despite their claims to the contrary. As a nonbeliever, I’m interested in those reasons, not because I want to defend them, but because I want to know what, exactly, I’m arguing against.

To be clear: I think it’s a terrible thing for anyone to accept propositions (moral or otherwise) without evidence. There's more to be gained through free and critical inquiry. But, again, if the aim is to convince people that reason is a better foundation for ethics and politics, it seems prudent to understand the core appeal of religion. Dawkins makes no real effort to do that.

Jerry Coyne’s response was equally frustrating, and full of red herrings. “Illing appears to be a nonbeliever,” he writes, “ but that doesn’t matter [to him], for those untruths give people meaning.” Coyne mischaracterizes my point. I never said nor do I believe that untruths are tolerable because they give people meaning. I argued that people affirm untruths because they add meaning to their lives; that’s not an endorsement so much as an observation. By understating the social and psychological dimensions of religion, Coyne fails to see why the empirics of science have yet to rid the world of false beliefs, which is his stated goal.

Coyne continues, characterizing my argument thusly: “The people who are at fault are not the believers who structure their morality and behavior around those bogus claims, but the atheists who take believers at their word, apparently thinking erroneously that believers really believe.” I made no such claim. The point was that the New Atheists (for the most part) don’t seek to understand why believers believe. And that is counterproductive. Religious beliefs (however false) are often accepted as true for non-empirical reasons. And they’re preserved in spite of contrary evidence because believers are deeply invested in them. It's worth asking, therefore, what those reasons are, and how they can be satisfied in a non-religious context.

Take Coyne’s point that 57 percent of Americans say they believe that Jesus was literally born of a virgin. What are we to make of this finding? You can certainly argue that every person who responded in this way actually believes in the virgin birth. And maybe that’s the case. As a recent Pew Research poll indicated, however, there are plenty of Christians who consider the virgin birth a metaphor, not a miracle. These Christians (admittedly a minority) approach religious texts from a religious perspective, which is closer to mythology, ethics and art than to science. Atheists are well served to engage these people in less antagonistic ways, because there's potential for common ground.

“Religious people don’t act like all of scripture is fictional, nor do they act like they don’t care whether scripture is fictional,” Coyne writes. That’s true. And it’s a real problem with real consequences. As I wrote in the original essay, “one can draw a straight line between religious dogma and scientific obscurantism or moral stagnation.” Which is why understanding the religious impulse is as important as challenging false beliefs, which science has successfully done since the enlightenment. The fundamentalists aren’t reachable, but those who are will be more responsive to arguments couched in existential terms, not merely scientific ones. This is why I find Sam Harris’ recent book, “Waking Up,” uniquely valuable. Some of Christopher Hitchens work was compelling for similar reasons. These are prominent figures in the New Atheist movement, but they are among the few that take a serious interest in the metaphysical implications of atheism.

Ultimately, my disagreement with many of the so-called New Atheists revolves around an empirical question: Why do religions remain in spite of being empirically untrue? I don’t have the answer to that question, but it seems worthwhile to think carefully about it. I never argued that false beliefs should be accommodated. I’m suggesting that we consider the existential function of religion, which means thinking of religion as more than a set of beliefs. If religion offers people a path to self-transcendence, or imbues their life with meaning, we have to take that seriously. The New Atheists are right when they argue that needless suffering results from anchoring our beliefs to bogus metaphysical claims. The question, once again, is how to persuade more people than we alienate?