Viral rewind: Why do we love celebrity walk-off videos so much?

Five years ago today, Russell Crowe stormed out of a BBC interview and a viral obsession was born 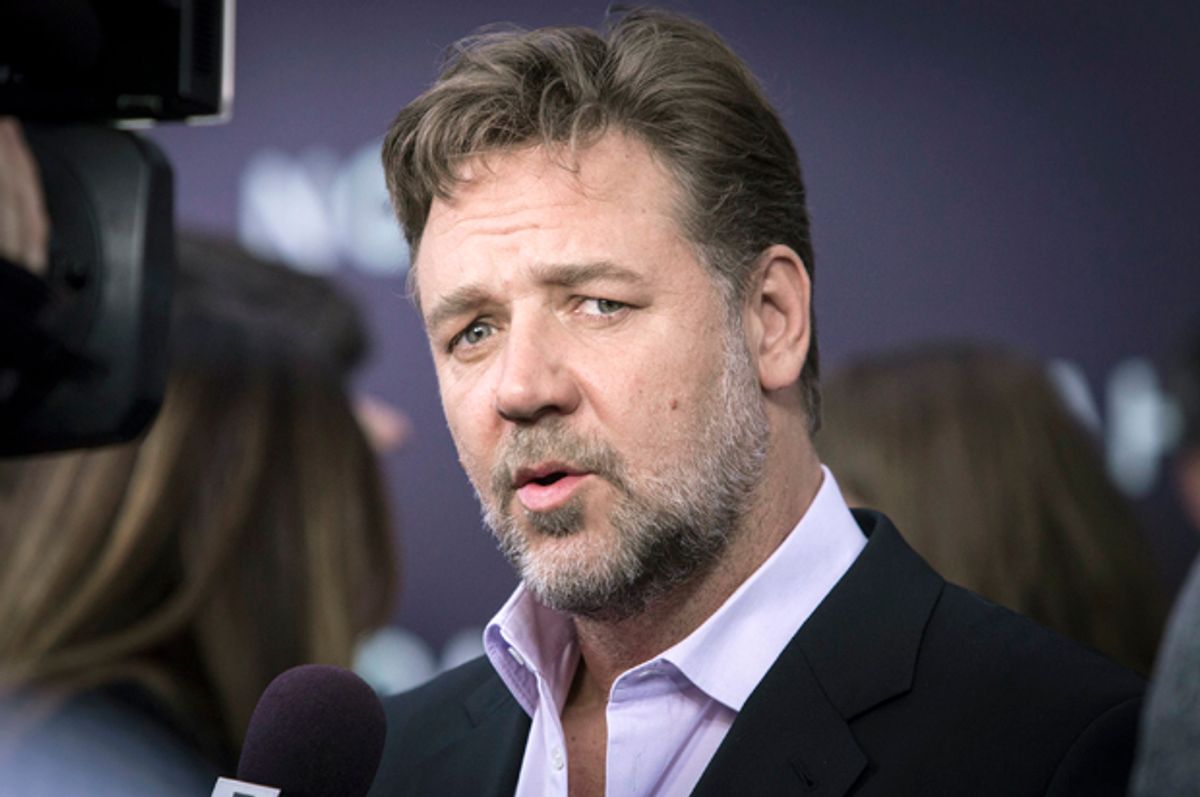 If it were possible to organize viral videos by theme -- or at all, for that matter -- a good place to start would be with last month's stockpile of "celeb interview walk-offs." Less forgivingly titled: "celeb 'meltdowns.'" First, there was the "leaked footage" of Dennis Quaid spouting expletives at his production team for being “garbage" and storming out the door with the departing words “blow me!" Then, there was Robert Downey Jr. walking out of an "Avengers" press tour interview in a huff after a BBC presenter asked the actor to revisit a quote he gave the New York Times about his 2008 incarceration. But not before explaining that it was "just getting a little Diane Sawyer in here." God bless.

The first of the two, you'll recall, ended up being a huge made-to-go-viral stunt engineered by Funny or Die -- just as media outlets had feared. But that hardly matters here, because the Internet was arrested by the footage just the same. The idea of a celebrity -- especially one who starred in "The Parent Trap" -- so recklessly abandoning his Hollywood poise was fascinating to people. And this was far from the first time we saw this happen.

We saw it with an Oscar-winning actor who, by the year 2010, didn't actually have any Hollywood poise left to abandon. I'm talking about Russell Crowe, of course.

Five years ago today, self-proclaimed "wanker" Russell Crowe walked out of a BBC Radio 4 interview swearing after the interviewer Mark Lawson observed that Crowe's accent in "Robin Hood" had a hint of Irish in it. It was the interviewer's question regarding rumors that he'd refused to deliver the iconic "Gladiator" line "And I will have my vengeance, in this life or the next" that sent the actor over the edge, though.

Lawson: "You talk about where he comes from. The location of him. The accent you've given him, there are hints of Irish. But what were you thinking of in those terms?"

Lawson: "Hints of, I thought!"

(later, after explaining the dispute around Robin Hood's origin at great length)

Crowe: "... I'm a little dumbfounded that you could find any Irish in that character. That's kind of ridiculous. But it's your show."

Lawson: "So you were going for Northern English."

Crowe: "No, I was going for an Italian. Yeah. Missed it?" (cackles uncontrollably)

(much, much later after the two have finally started to get back in a good rhythm with their rapport)

Lawson: "And finally, I just want to give you the chance since it's out there -- the suggestion that you didn't want to say the famous line in "Gladiator" in this book that's come out."

Crowe: "I don't get the Irish thing by the way!"

Listen to the BBC Radio 4 Interview below:

See also: What was buzzing around the Internet for the week of May 9, 2010