The evil woman seduced and killed our fragile hero: That hate fuels Cobain/Elliott Smith rumors. It's all wrong 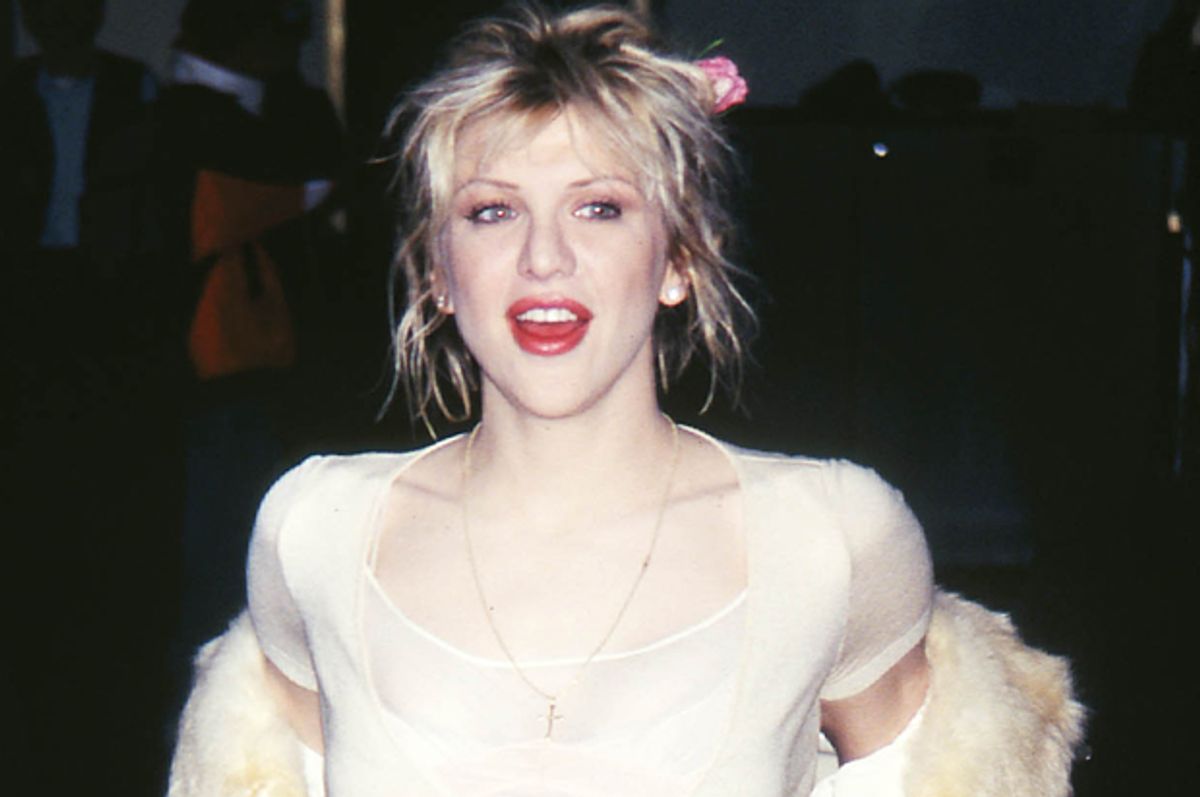 The other day I was glancing at my friend Eric Erlandson's Twitter feed--Eric the erstwhile lead guitarist for Hole, who was also Courtney Love's boyfriend just before Kurt arrived on the scene.  A small battalion of nemeses were chiding him about Kurt's "murder," sending creepy links, telling him to accept the "facts," accusing him of being involved, even calling him a lousy guitarist.  As usual he responded in courtly fashion, erasing the hate with kindnesses:  "thanks for the lovely remark," "so sweet of you to think of me," etc.  It got me wondering.  Have murder conspiracy theories ever erupted in the wake of a famous female's suicide?  Then more broadly: Why is a hero's suicide so impossible for certain fans to accept?

I've been on the receiving end of the same sort of stuff.  Even years before my 2013 Elliott Smith biography appeared, the murder monomaniacs started gearing up.  They sensed I was going to be saying Elliott killed himself.  So they got very busy hating me and hating the book (which had not appeared in print), attacking me on absurdly vicious message boards, obsessively posting about how Elliott could not have suicided.  It was both unexpected and predictable.  It still goes on--relentlessly creative illogic.  In Smith's case, the forensic pathologist ruled cause of death "undetermined," an irresistible invitation for clever theory-building.

But back to the whys.  Most basically, this is simple misogyny.  The evil harpy seduced and killed the fragile hero.  It's the Yoko Syndrome, the Courtney Conspiracy.  The roots are in ancient Greece:  Bewitching siren lures dazed sailor to his watery death.  No matter how essentially fucked up the rock god was--depressed, drug-addicted, suicidal--he never could have drowned on his own; it's the fault of the enticing female; it was her doing, not his.  Her love was false, her intent covertly evil.  If he never saw that, he still can't be blamed.  Her witchy ways were just too inscrutable to fathom.

Because of their clotted and delirious affections, these fans believe they possess special knowledge.  They know things no one else can.  They see things everyone else misses.  The cluelessness of skeptics bewilders and angers them--it's a rejection of their omniscience.  Their certainty, the intractability of their beliefs, their imperviousness to logic--it's all a bit startling.  I suppose it's classic paranoia.  They alone possess the truth, and if you doubt, you are a murderer too.  It's axiomatic.

When Sylvia Plath killed herself, did fans say Ted Hughes literally murdered her?  No.  Hughes was hounded, to be sure, but the furor commenced years later, after Plath had achieved posthumous fame.  Still, the fact that his next partner also committed suicide is rather crushing (and for some, possibly suspicious).  Yet the most anyone has charged Hughes with is perhaps emotional cruelty.  No one said he gassed Plath, or that he hired someone to do so and to make it "look like" a suicide.  (And this is surprising.  I can imagine the allegations now:  "No one commits suicide with her two small children sleeping nearby," etc.)

What about photographer Diane Arbus?  When she committed suicide, did admirers attack her lover Marvin Israel, the person who found her dead in the bathtub?  No, even though a potential suicide note seemed to have been excised from her datebook.

Was Amy Winehouse somehow killed?  No.

Apparently, female heroines do commit suicide.  It's a girl thing.  But not male gods.  They aren't "weak."  They're "fighters."  They could have beat the demon back if not for the women in their life.

Marilyn Monroe is the only female suicide I can think of who has spawned murder claims.  Maybe because her death intersected with politics?  Maybe because she was a sex symbol?   Anyway, Monroe is an outlier.  Most likely the Kennedy connection was catnip for the conspiracy confederacy.

This phenomenon is not confined to suicides, but it's still male focused.  Does anyone seriously argue Janis Joplin is alive and in hiding?  No, but Jim Morrison is.  So is Andy Kaufman, who "faked his death."  It also works in reverse:  Paul McCartney is dead, and what we've been seeing over these last 40 years is faux Paul.

Suicide, or any form of loss, is an abandonment.  It elicits anger--how dare he choose to die on me?  This anger has to go somewhere, but it can't fix on the hero--he has to be protected, idealized, spared.  For targets, anyone or anything else will do.  But if a girlfriend happens to be in the picture, especially a strong girlfriend (Yoko, Courtney), she's always option No. 1.  But why would she kill him?  It's strange, motives aren't often provided.  Instead, the focus centers on the suicide alone.  It could not have happened; what remains, then, is a murder alternative.

I suppose, in the end, the murder theories are a twisted form of love, some final, endlessly mutable reshaping of reality in the hero's favor.  He is saved from himself.  But not really.  He's actually replaced by a false self; he morphs into a helpless victim.  Of course, the real hungry ghosts aren't the ravenous females.  They are addiction, depression, chronic pain, anxiety, worthlessness, fame.  In other words, the true killers are boring.  No special theory is required, no exotic plot.  Evil is banal.  So is suicide.  It spares no greatness.