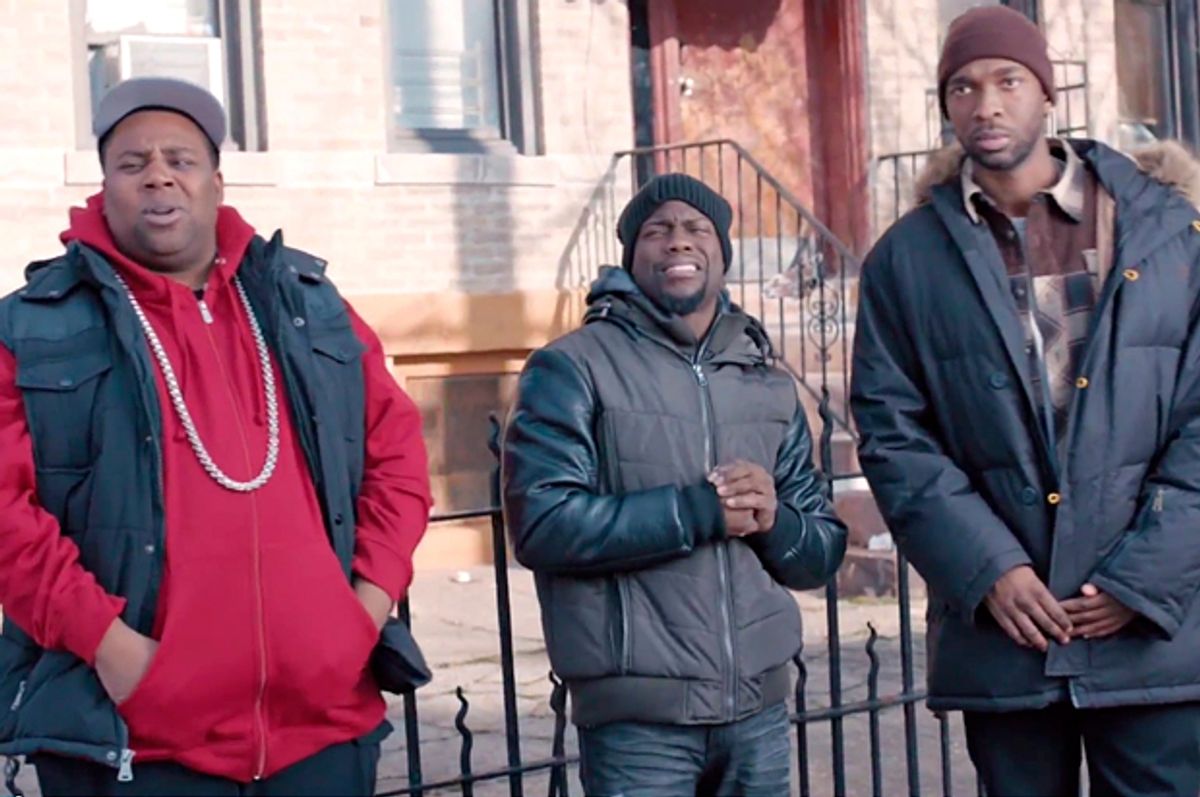 "Saturday Night Live's" 40th season came to an end last night with host Louis C.K., and as with any "SNL" season, it was a mix of duds and gems, with each episode offering up a couple of memorable moments amid the general stew of mediocrity. Yet looking back at this year's standouts, there is an obvious pattern: Almost all the best sketches were pre-taped. From commercial parodies to music videos to fake movie trailers, "SNL's" pre-recorded footage continued to excel -- while much of their live material got shoddier in turn.

"SNL" has been offering up pre-taped material for years, but it has become an increasingly central feature since the Lonely Island era, as "SNL" has been forced to up their game to produce viral content that competes with "Inside Amy Schumer," "Key & Peele," "Portlandia" and the many other sketch offerings on TV (not to mention Fallon, Kimmel, Stewart, Colbert et al.). Of course, it's sad to lose the element of spontenaity that comes from doing a live sketch show, but hey, at least we have some things to laugh about as we mourn the demise of the "Live" part of "Saturday Night Live."

Here's a look at 10 pre-taped segments this year that really hit the mark:

1. "Neurotology"
Possibly this season’s standout, every detail of “SNL’”s retro Scientology spoof is perfect, from Bobby Moynihan’s creepy L. Ron Hubbard-esque cult leader to the campy ’90s garb to the all-too-plausible captions about the fate of the video’s cast. The whole thing is an ambitious, overstuffed masterpiece that proves taking risks -- both in terms of content and production value -- can pay off.

2. "Blazer"
“SNL” is at its best when it isn’t afraid to tackle controversial topics, and “Blazer,” about a cop who only beats up black guys, is both depressingly spot-on and absurdly, darkly funny.

4. "Father Daughter Ad"
Not everyone liked the controversial Dakota Johnson sketch about a father sending his daughter off to join ISIS, but it was certainly bold and different. The reveal — which involved a truck full of ISIS-members waving machine guns and yelling "Death to America" -- was easily the most surprising and satisfying punchline "SNL" has served up in ages.

6. "Corner Boys of Bushwick, Brooklyn"
This sketch envisions what "The Wire's" corner boys would be like in gentrified Bushwick, complete with brunch, spin classes and artisanal mayo shops. "SNL" is often at its best when it focuses in on New York's unique eccentricities, and this sketch manages to perfectly lampoon a unique aspect of Brooklyn life while also offering a fresh take on the oft-parodied issue of urban gentrification.

6. "Christmas Serial"
While there were plenty of "Serial" parodies going around when the hit podcast ended -- including a great "Funny or Die" one -- "SNL" proved that it was still top dog with theirs. The sketch perfectly nailed everything fans love about the podcast, from Cecily Strong’s brilliant Sarah Koenig impression to the annoying and omnipresent score.

7. "Hobbit Office"
Few things satisfy like a well-done TV show parody, and Martin Freeman’s hosting appearance was perfect excuse to give us the "Office"/"Lord of the Rings" mashup we never knew that we needed. Taran Killam’s Gollum impression, in particular, is one for the ages.

8. "Star Wars Trailer"
The premise — everyone from the original "Star Wars" is really old now! — is pretty simple, but the execution, including Luke with a light-saber walker and Chewbacca with a cone collar, is a delight.

9. "Back Home Ballers"
There are few things that please me more than the ladies of "SNL" getting together for an original music video, and "Back Home Ballers" -- much like the previous year's "Do it in My Twin Bed" -- became an instant home-for-Thanksgiving musical classic.

10. "The Dudleys"
“The Dudleys," about a sitcom that is forced to continuously reinvent itself in response to backlash -- too conservative! too liberal! not diverse enough! too diverse! -- is a brilliant skewering of bland modern sitcoms, contemporary outrage culture, and the impossibility of pleasing everyone in the age of the Web (something “SNL” itself knows only too well).