"This is how I talk!": Louis C.K. brings his sublime gift of awkwardness to season's finest sketch

It was on "Saturday Night Live," but it could've easily been on "Louie" 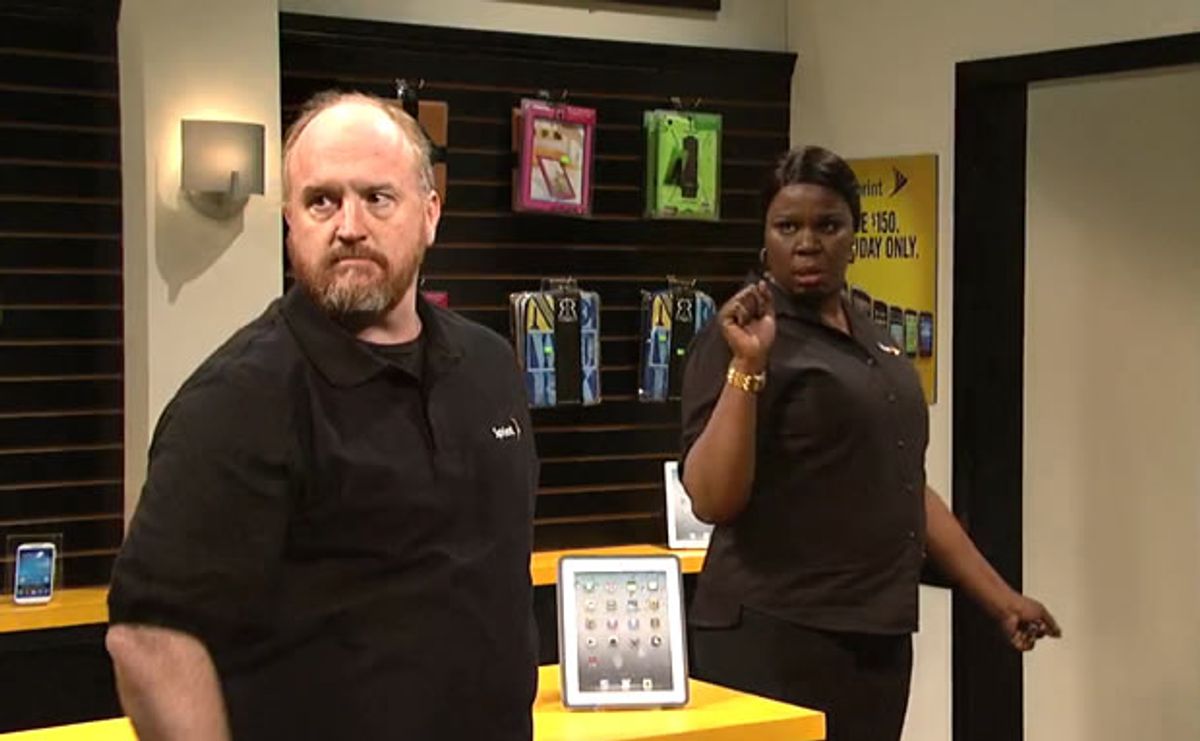 Almost as if to prove that he actually suffers from the "mild racism" he confessed to in his monologue, Louis C.K. joined Leslie Jones for a skit entitled "This is How I Talk," in which Louis is caught mocking his boss at the Sprint store and finds the most awkward way possible to avoid being fired.

In a season in which the live sketches have paled in comparison to their pre-taped counterparts, this was a rare exception -- though it's not surprising, given that it plays more like a sequence from "Louie" than a traditional "Saturday Night Live" sketch.

Watch the entire skit below via "Saturday Night Live."