But we get what's really going on here -- the woman just needed to change her clothes! 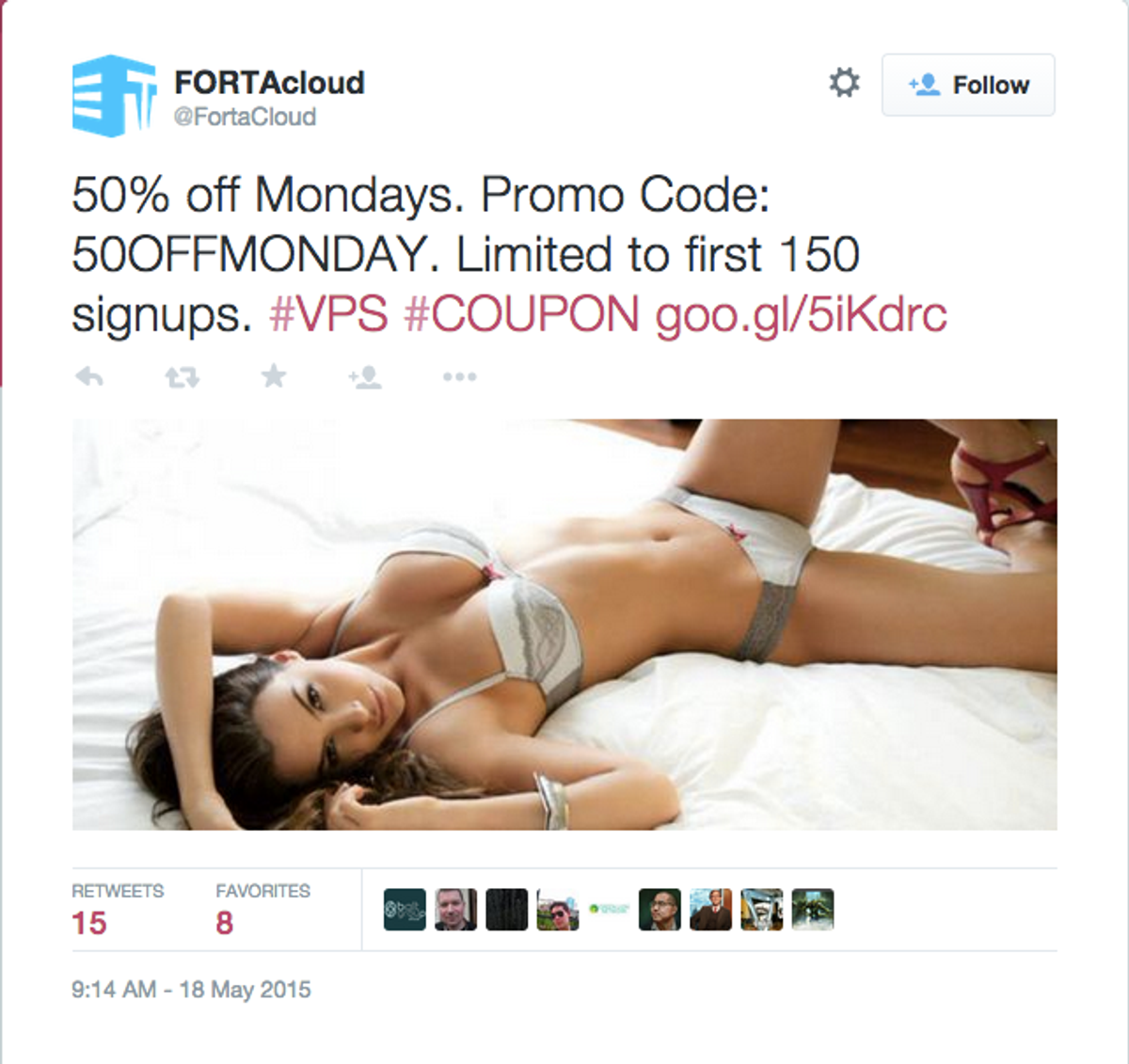 Great news, everyone: The cloud computing company FORTAcloud has a special 50 percent-off deal for users who join the service on a Monday, which is something I learned about today (a Monday) via a totally relevant advertisement the company posted on Twitter. The ad looks like this:

It's pretty interesting that I can still embed FORTAcloud's actual tweet about the deal instead of relying on a screenshot, because -- in a surprising turn of events -- the ad was rather quickly criticized as sexist, in a manner that might typically result in a brand removing the questionable content and issuing an apology. Not so for FORTAcloud, though, because FORTAcloud is a company that knows what's up. (I mean, how could something be sexist if it doesn't comply with the dictionary definition of sexism, huh? Riddle me that!)

The company fired back at critics who dared to suggest it might be problematic to objectify a scantily clad woman without any context, or to blatantly use her body to attract customers for an unrelated service because "everybody else is doing it":

@RichardPrice Well, 99% of our customers are male between the ages of 18 and 42, similar to another industry. See https://t.co/KvuH8MlEWo.

@RichardPrice I don't believe it falls under the definition of sexism. http://t.co/rdfOy9j795. Sorry if we offended you.

But we know what's really going on here. FORTAcloud might have been attempting to highlight the pervasive objectification of women in advertising by noting that many industries with predominantly male clientele rely on it -- or the company was just embarrassed that the backstory from the ad, explaining why a woman would appear in nothing but her underwear and a pair of heels to sell cloud computing services, wasn't totally clear. There are so many possibilities here! Perhaps the woman got pooped on by the giant bird who brings things to and from The Cloud and needed to change her clothes? Just a thought.

Regardless, it is clear that FORTAcloud's advertisement was most definitely not sexist, because it is something that probably appealed to the company's 99 percent male user base. Oh, and because Wikipedia can never be right about anything. Touché!