How many synonyms for "riot" will the media use when describing white-on-white violence? 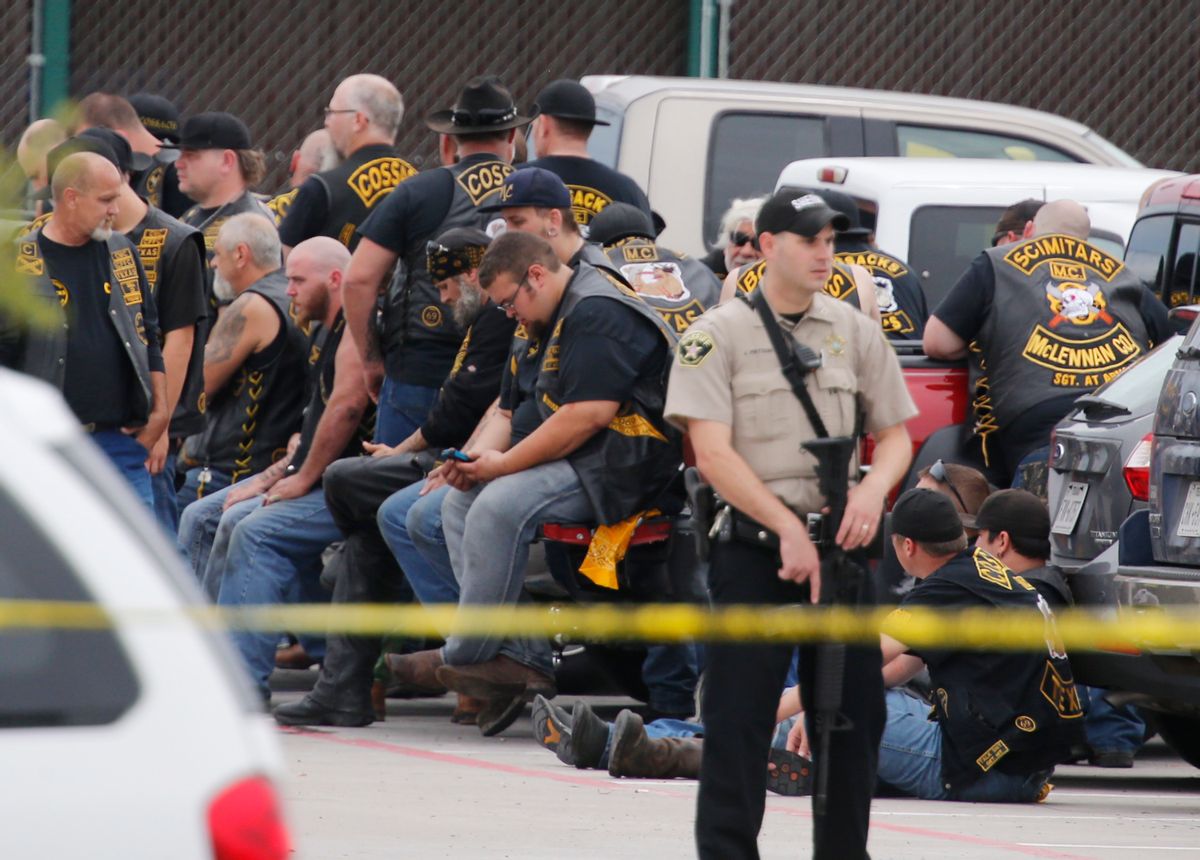 A McLennan County deputy stands guard near a group of bikers in the parking lot of a Twin Peaks restaurant Sunday, May 17, 2015, in Waco, Texas. Waco Police Sgt. W. Patrick Swanton told KWTX-TV there were "multiple victims" after gunfire erupted between rival biker gangs at the restaurant. (Rod Aydelotte/Waco Tribune-Herald via AP) (AP)
--

Nine people have died after a shootout between rival motorcycle gangs in Waco on Sunday, when gunfire erupted in the parking lot of a Twin Peaks restaurant in the central Texas city.

I use the terms "shootout" and "gunfire erupted" after reading numerous eyewitness reports, local news coverage and national stories about the "incident," which has been described with a whole host of phrases already. None, however, are quite as familiar as another term that's been used to describe similarly chaotic events in the news of late: "Riot."

Of course, the deadly shootout in Texas was exactly that: A shootout. The rival gangs were not engaged in a demonstration or protest and they were predominantly white, which means that -- despite the fact that dozens of people engaged in acts of obscene violence -- they did not "riot," as far as much of the media is concerned. "Riots" are reserved for communities of color in protest, whether they organize violently or not, and the "thuggishness" of those involved is debatable. That doesn't seem to be the case in Texas.

A riot is not simply a demonstration against police brutality. It can also be what happens when scores of hostile white people open gunfire in a parking lot. And when that happens, it can be described as anything but a "riot."

Here are some synonyms different outlets, as well as law enforcement officials, came up with: