Redmond fired as manager of Marlins after sweep by Braves 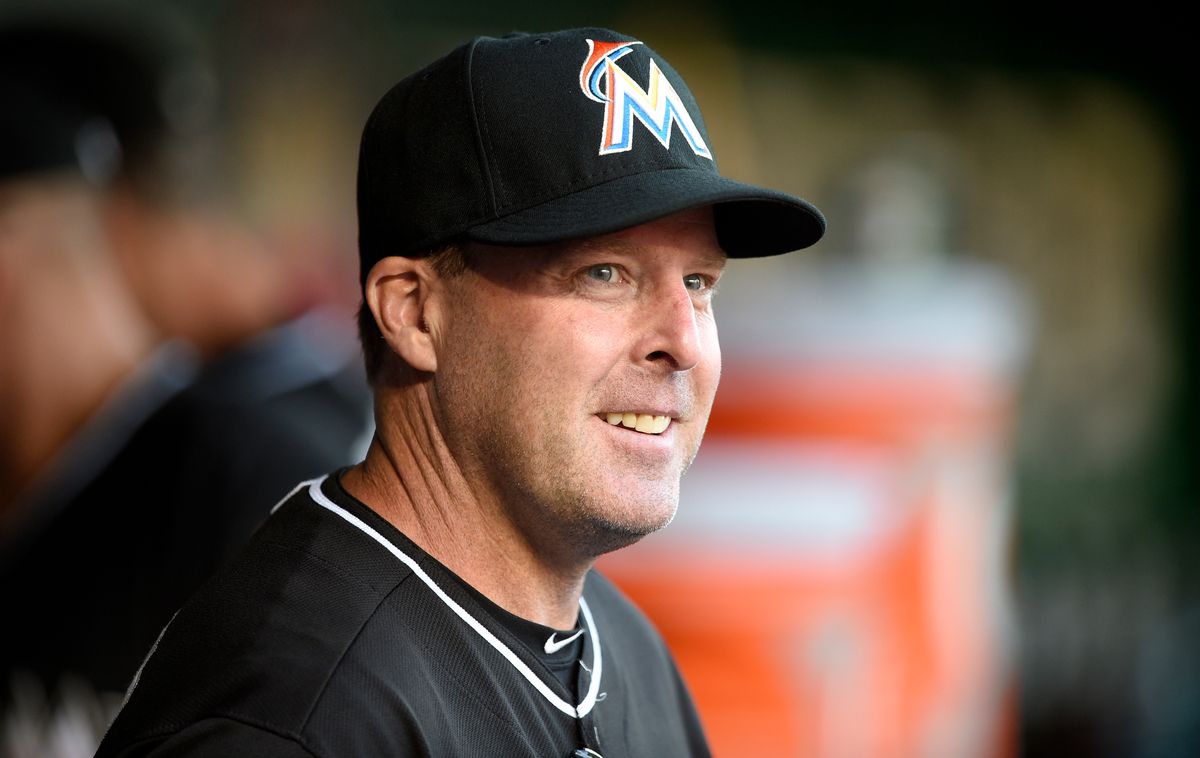 FILE- In this May 4, 2015, file photo, Miami Marlins manager Mike Redmond looks on from the dugout before a baseball game against the Washington Nationals in Washington. Redmond was fired Sunday, May 17, after the Marlins were nearly no-hit in a 6-0 loss to Atlanta that completed a three-game sweep. (AP Photo/Nick Wass, File) (AP)
--

MIAMI (AP) — The Miami Marlins will have a new manager for the start of a four-game series Monday night against Arizona.

They're not yet saying who it will be.

Mike Redmond was fired Sunday after the Marlins were nearly no-hit in a 6-0 loss to Atlanta that completed a three-game sweep. The defeat dropped Miami to 16-22.

"We haven't played to our capabilities," president of baseball operations Michael Hill said. "We're hopeful that a new voice will spark and motivate our guys."

"I feel bad for them," reliever Steve Cishek said. "It's not their fault."

Redmond had managed the Marlins since 2013, and in his final game, he had a hard time finding anyone who could get a hit. Shelby Miller was one out from a no-hitter when Justin Bour singled.

The Marlins had the same 16-22 record in May 2003 when owner Jeffrey Loria fired Jeff Torborg as manager. Replacement Jack McKeon led a turnaround that resulted in an improbable run to the World Series title.

The Marlins haven't been to the postseason since.

Following a busy offseason highlighted by the signing of slugger Giancarlo Stanton to a record $325 million contract, the Marlins had high hopes of ending their playoff drought. But their bullpen has been woeful, and the batting order has struggled aside from major league RBIs leader Stanton and batting leader Dee Gordon.

The Marlins have lost nine of their past 13 games and are fourth in the NL East.

Loria has a reputation for impatience with managers. Along with the early season firing of Torborg, he dismissed Fredi Gonzalez in June 2010, and fired Joe Girardi and Ozzie Guillen after one season each.

Redmond went 62-100 in his first year as a major league manager with the Marlins in 2013. They improved to 77-85 last year, ending a streak of three consecutive last-place finishes in the NL East. Their 15-win improvement tied for the best in the National League by a 100-loss team since 1986.

On the final day of last season, Redmond's contract was extended two years through 2017. Guillen is in the final year of his contract, which means Loria will be paying three managers this year.

Redmond became the second big league manager to lose his job this season. Milwaukee fired Ron Roenicke on May 4 and replaced him with Craig Counsell.