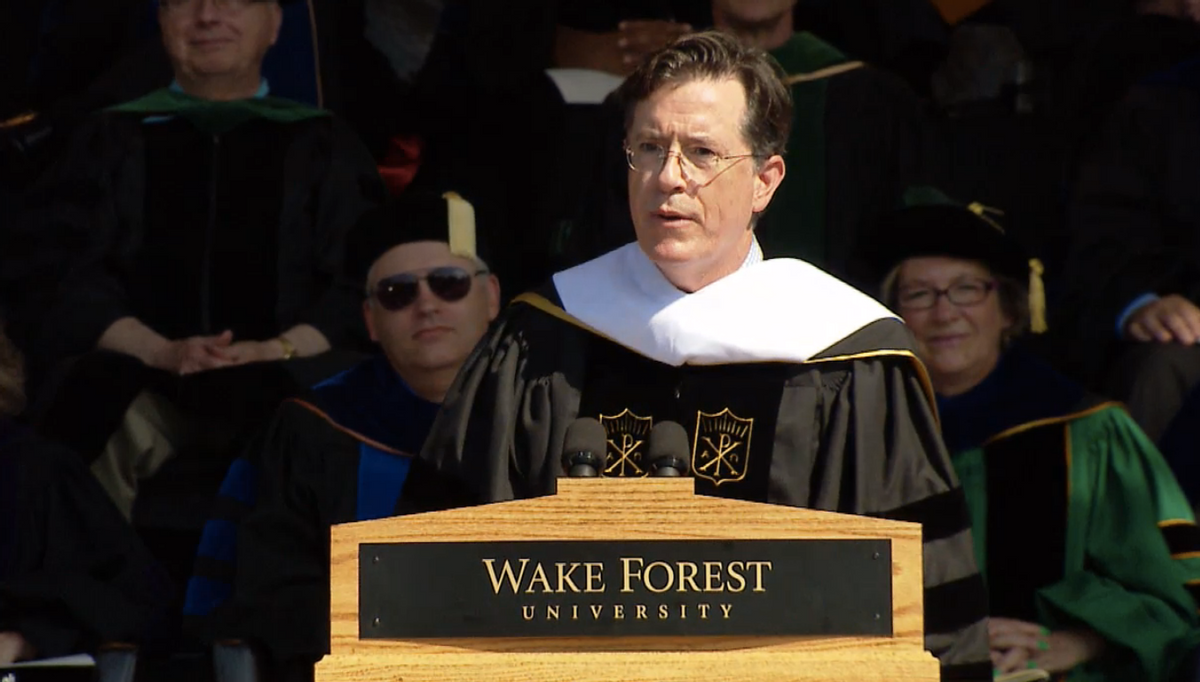 We may have declared Maya Rudolph an early champion of commencement season. But Stephen Colbert's commencement address at Wake Forest University Monday afternoon -- albeit Beyonce-less -- is creating some stiff competition. The former television host recently watched "Mad Max" and was excited to share some words of wisdom he gleaned from the "documentary" with the graduating class of 2015.

“Try to make the world good according to your standards,” Colbert told the class. “It won’t be easy. Get ready for my generation to tell you everything that can’t be done — like ending racial tension, or getting money out of politics, or lowering the world’s carbon emissions. And we should know they can’t be done, after all, we’re the ones who didn’t do them.”

He continued: “Your job, pro humanitate, is to prove us wrong — because if you don’t prove us wrong, then forget everything I’ve been saying and instead I’d like to leave you with a bit of wisdom I picked up from a documentary I saw this weekend: 'Mad Max Fury Road.' All you young people really need to succeed in the future is a reliable source of fuel and fanatical cadre of psychopathic motorcycle killers. May you ride eternal, shiny and chrome.”

Watch the clip below (Colbert's portion starts around the 59-minute mark) or watch directly through Livestream here: