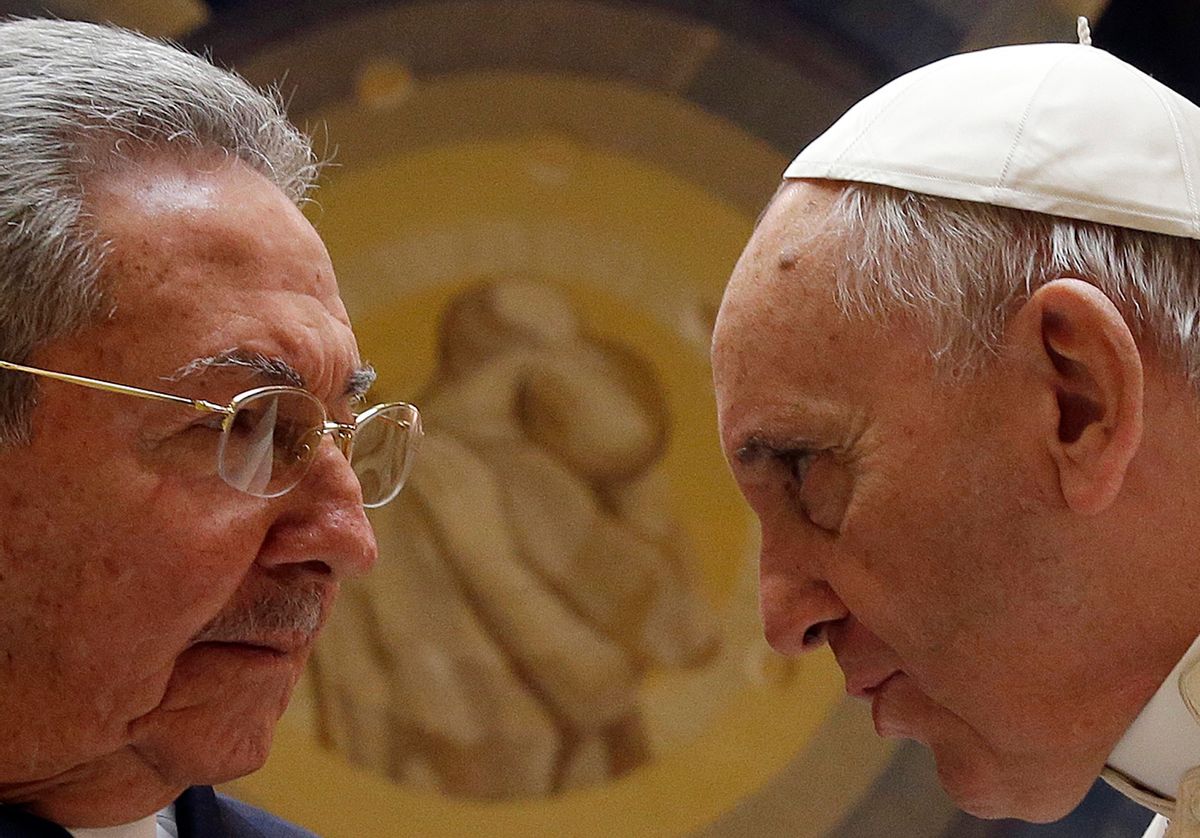 FILE - In this file photo released on Monday, May 11, 2015, Pope Francis meets Cuban President Raul Castro during a private audience at the Vatican, Sunday, May 10, 2015. Cuban President Raul Castro has been welcomed at the Vatican by Pope Francis, who played a key role in the breakthrough between Washington and Havana aimed at restoring U.S.-Cuban diplomatic ties. (Gregorio Borgia, File Pool Photo via AP) (AP)
--

LONDON (AP) — Pope Francis, determined to find a place in the struggle for world peace, received Cuban president Raul Castro at the Vatican last week, after playing a key role in the breakthrough in restoring ties between Cuba and the United States.

In Burundi, gunfire echoed in the streets amid weeks of protests over the president's decision to stand for a third term. Many people have fled the country fearing increased political violence in the runup to next month's vote.

Campaigning is also hotting up in Turkey, which votes for a new parliament on June 7, while in Greece where a new government has just taken power, protests over austerity continue.

The Cannes Film Festival got underway on the French Riviera, while in Amsterdam the square in front of the Rijksmuseum was lighted to look like it was underwater as part an exhibition to show what the Netherlands would look like without the protection of its waterworks.