Vedder performed "Better Man," a weird choice for the occasion given that it's about abusive relationships 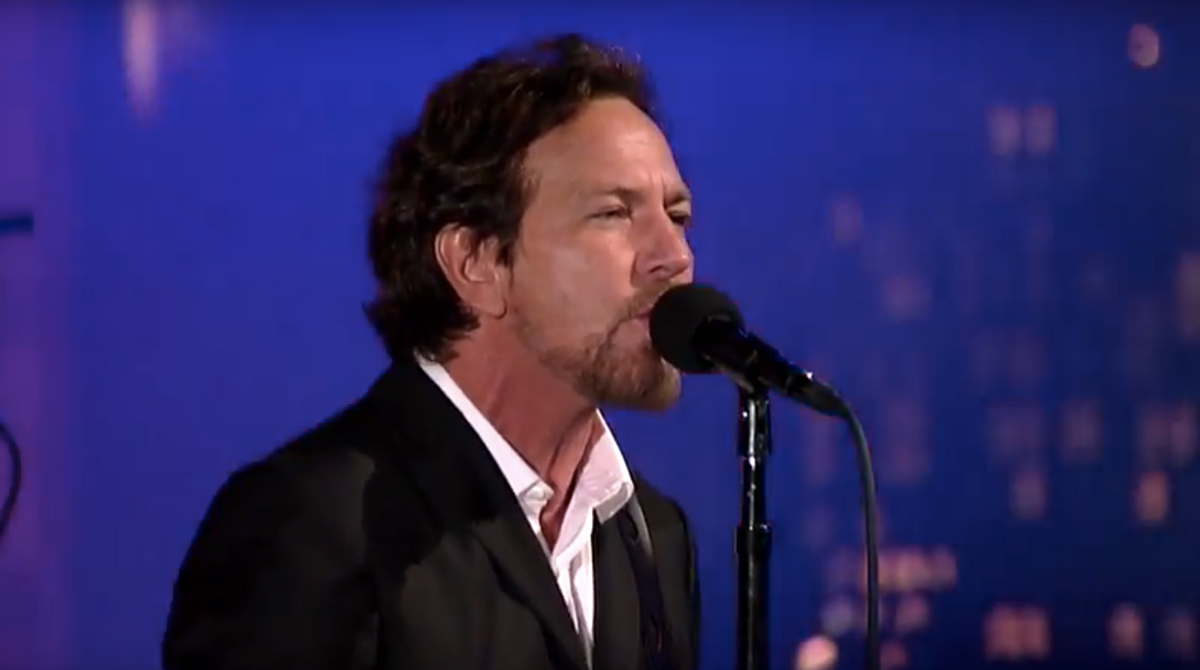 Eddie Vedder was first invited onto "Letterman" back in 1996. The fresh-faced musician draped in black belted out the lyrics to "Black" off the 1991 album "Ten" as the in-studio audience went nuts.

In the following 20 years, the Pearl Jam frontman has been brought back numerous times to perform, and even try out some comedy -- probably the highlight of his professional career, David Letterman quipped Monday night.

For Vedder's last "farewell" performance, the late-night regular teamed up with Paul Shaffer and the CBS Orchestra -- just like back in 1996 -- for a rendition of Pearl Jam’s “Better Man.”

The song is a strange choice for the occasion, as some have already noted, given that Vedder has spoken publicly about "Better Man" being about abusive relationships.