Jimmy Fallon chokes up in Letterman goodbye: "We looked to him to say something" 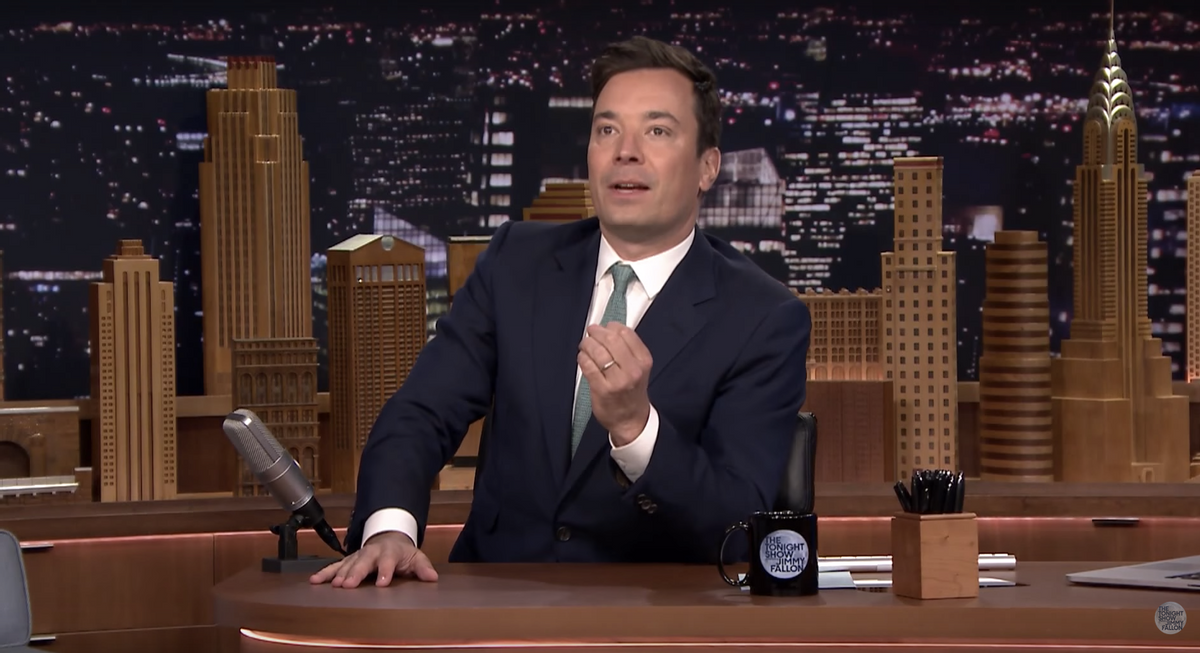 Jimmy Fallon paid his respects to David Letterman on Monday night's "The Tonight Show." The 40-year-old host reminisced about his first visit to the CBS studio where he was awestruck by Letterman's candid humor and, later, tearfully explained how much the late-night host meant to him in the wake of September 11.

"I want to take a minute to talk about David Letterman, who I'm sure everyone here knows will be retiring after 33 years of innovation, fun, and just plain weirdness, but mostly fun," Fallon started in. "This show and what late night has become is a result of him playing with the genre and experimenting and exploring. I, like every kid who grew up watching him, will miss him."

Fallon then whipped out a scanned page from his junior high yearbook, in which one of his teachers predicted that he'd go on to replace David Letterman on the "Late Night Show." "I wanna go to the racetrack with this teacher in two weeks," Fallon said.

Holding back tears, Fallon closed out the segment by echoing George Clooney's sentiments from last Thursday and thanking the late-night host for helping the country through a very difficult time after September 11.

"He's always just there when you need him," Fallon said. "I remember after 9/11, you know, we needed somebody. The city was in shock and we're all looking for answers and we wanted to see what Dave had to say. We looked to him to say something."