The New York Times gets the first conversation with Hamm: "It’s not the end of anything," he says 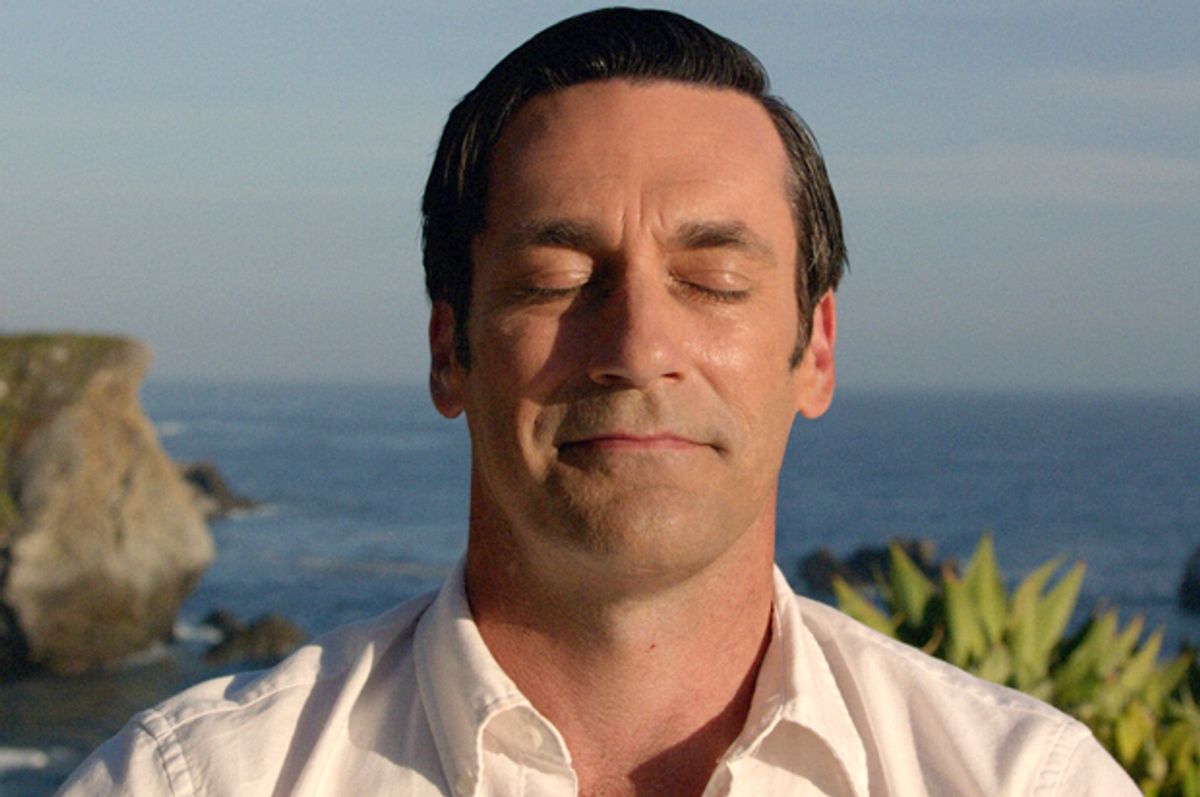 Jon Hamm has given his first extended interview since the "Mad Men" finale to the New York Times, and it's a good one.

Here are some of the highlights:

Is there a definitive ending to "Mad Men"?:

I think there probably is. But I think, like most stories that we go back to, that it’s a little bit ambiguous. We had talked about this ending for a long time and that was Matt [Weiner, the “Mad Men” creator and show runner]’s image. I was struck by the poetry of it.

Hamm's take on the meaning of the ending:

My take is that, the next day, he wakes up in this beautiful place, and has this serene moment of understanding, and realizes who he is. And who he is, is an advertising man. And so, this thing comes to him. There’s a way to see it in a completely cynical way, and say, “Wow, that’s awful.” But I think that for Don, it represents some kind of understanding and comfort in this incredibly unquiet, uncomfortable life that he has led.

What it was like to film these scenes on his own, without the actors he spent the previous seasons with:

Don’s journey over the last few episodes was a tricky experience, as an actor. To be set adrift for the last few weeks, really experiencing that aloneness, that self-exile that Don was experiencing, it was very disorienting, which hopefully played. It was thematically kind of perfect.

On those who don't like the ending, or find it too simple:

There’s people saying, oh, it’s so pat, and it’s rom-com-y, or whatever it is. But it’s not the end of anything. The world doesn’t blow up right after the Coke commercial ends. No one is suggesting that Stan and Peggy live happily ever after, or that Joan’s business is a rousing success, or that Roger and Marie come back from Paris together. None of it is done.