Don't like what the gas and oil industry is doing to your city? Too bad. 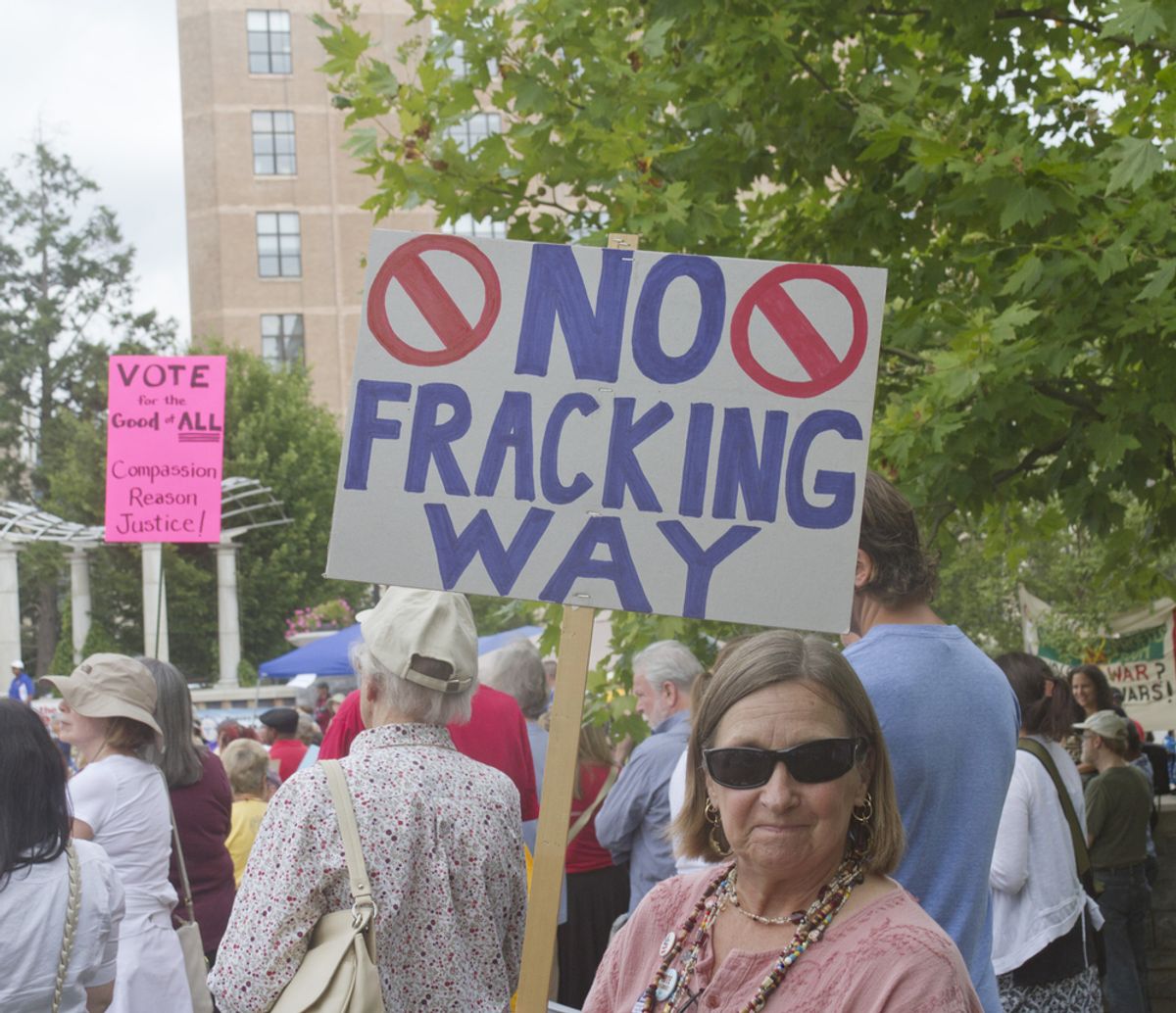 Texas cities and towns that want to keep out the oil and gas industry are officially no longer able to do so, thanks to a bill signed into law late Monday by Republican Gov. Greg Abbott that bans local fracking bans.

Even in Texas, believe it or not, not everyone is thrilled with the fracking boom. Last November, the city of Denton, which is located on the edge of the massive Barnett Shale, became the first in the state to ban the unconventional drilling method. The new law, which passed the state House and Senate by a two-thirds margin, will go into effect immediately; from here forward, local communities like Denton will only be able to exercise “reasonable” restrictions on frackers, but won't be able to keep them out altogether.

Abbot, in announcing his decision to sign the law, claimed that it "ensures that Texas avoids a patchwork quilt of regulations that differ from region to region, differ from county to county or city to city."

More likely, though, the law is intended to protect the industry from those who have experienced first-hand its health and environmental impacts. Big Oil, as state Sen. Troy Fraser, a Republican who co-authored the bill, said, is "a huge job driver for the state of Texas."

The conflict gets to the heart of a lot of conflict surrounding fracking -- you don't tend to be against it until it's happening on your property, threatening your air and water safety. Residents of Denton, in voting to ban the practice, cited its potential impact on public health and their property values; opponents of the ban argued that it would "potentially threaten this energy renaissance and as a result, the well-being of all Texans.”

Because of that, banning fracking town by town may be one of the more effective ways of reigning in the industry. Before New York issued a state-wide ban on fracking, 174 individual towns independently passed laws keeping the industry out. Anti-fracking activist Helen Slottje, who lead these efforts together with her husband David, told Salon that there are communities across the country looking to do the same.

Texas' law will stop such grassroots protests from taking hold -- and, many argue, represents unprecedented state intervention in municipal affairs. “It’s a bad situation when city leaders’ hands are tied,” Councilman Kevin Roden told the Wall Street Journal. “There seems to be an attitude that big state government knows better than the citizens of a city. I just think -- conservative or liberal -- that is something you don’t do in Texas.”