"The problem here for us as a country... is how did we go to war on the basis of a deliberate lie?" 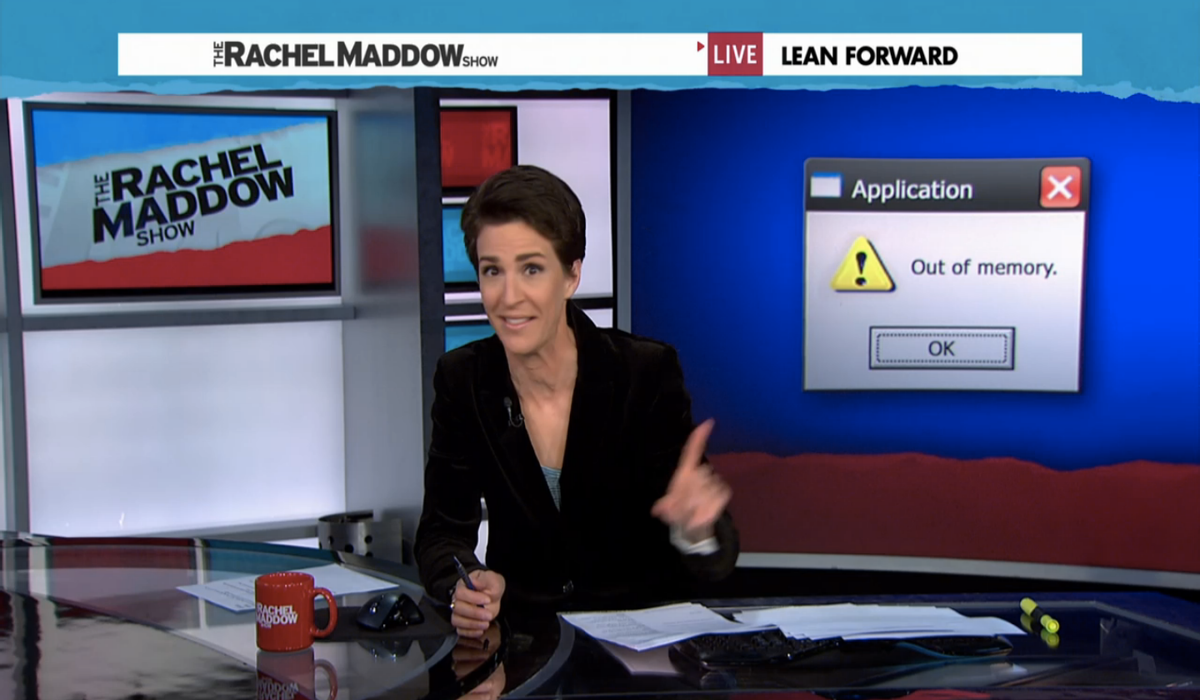 On Monday's edition of "The Rachel Maddow Show," host Rachel Maddow condemned GOP presidential contenders Marco Rubio and Jeb Bush for their fumbling answers regarding whether they would have started the Iraq War. Not only have Rubio and Bush seemed totally unwilling to acknowledge the Bush administration's mistakes, the media is also calling them out for the wrong reasons. The Iraq war was a corrupt political decision, not an intelligence flub.

"It is exciting that [the Iraq war] is finally a matter of high-level political discussion," she said. "It is also at the same time very disconcerting to see the Republican party and, to a certain extent, the Beltway press settling in on an explanation for what happened in Iraq that is not at all what actually happened to start the war in Iraq. The war in Iraq did not start because of an intelligence failure. The war in Iraq was not a well-intentioned understandable oops by an administration who had no idea their intelligence was so wrong! That's not what happened... The Bush Administration was not passively lied to. They weren't duped by the CIA! They made the case that they thought would be most persuasive even when it wasn't true."

But, as Maddow points out, the "intelligence failure" is now seen as the right answer. "The problem here is not what to do about the side effect that you may feel good or bad about, the problem in the Iraq War is not how did it work out. The problem here for us as a country, which is almost an existential moral question, is how did we go to war on the basis of a deliberate lie? That's the question and if that's not what we're debating then it doesn't matter what the answer is."

Dan Rather, news icon and host on AXS TV, joined her to discuss the issue: "I think [the American people] are surprised, stunned, I'm tempted to use the word stupefied by the Republican candidates who have responded at this point, and particularly Jeb Bush and Marco Rubio, that they seem to be unprepared for the question," he said. "These are not dumb people. How and why have they made these mistakes?"