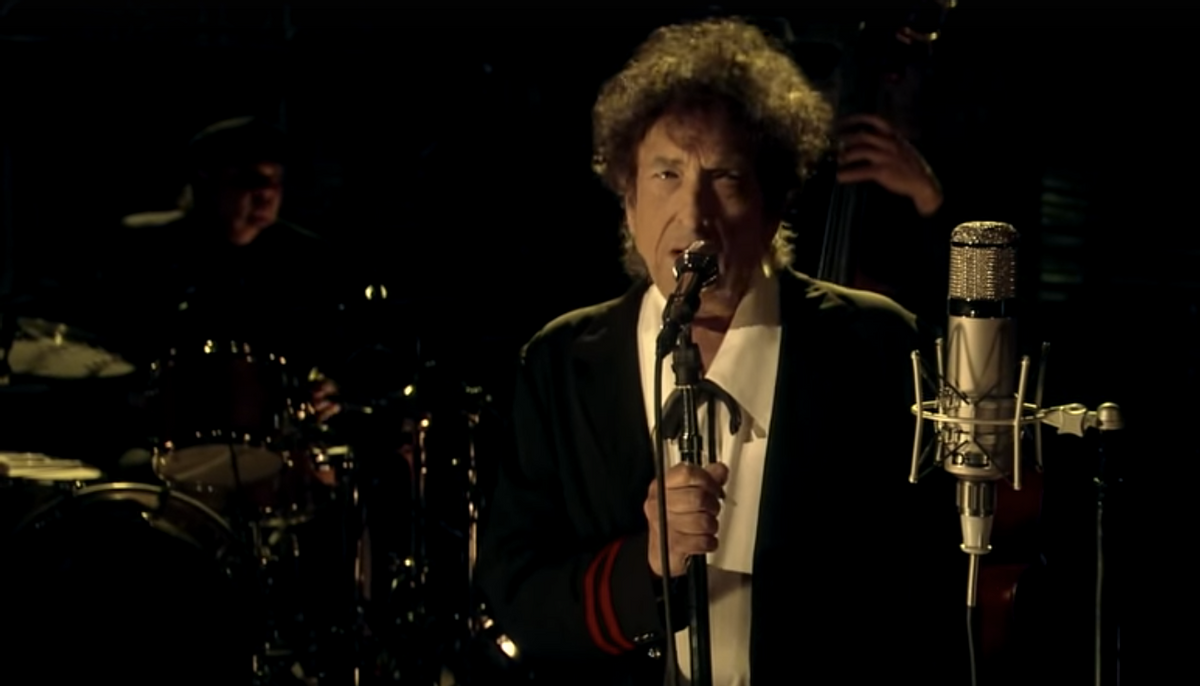 It's been nearly 22 years since Bob Dylan last graced the "Letterman" stage. His last musical appearance was during Letterman's first season on CBS.

Dylan's first-ever performance on "Late Night," back in 1984, was momentous for the show and its musical legacy; Vulture recalls that, back then, Letterman was "far more of a counterculture hero than Bob" (he'd just released a bunch of evangelical Christian albums). But even so, Dylan was still an icon, and easily one of the biggest names the show had secured up to that point.

Dylan appeared on the second-to-last "Late Show" Tuesday night with the song "The Night We Called It a Day" off his most recent album, "Shadows in the Night." Letterman introduced him to the stage with a gushing anecdote:

“I spend a lot of time, like everybody does, driving around with my son Harry. Sometimes you feel like you take an opportunity to teach him or reinforce things for him. I say, ‘Harry, what are the two most important things to know in the world? There’s really only two things you need to know.’ He says, ‘One, you have to be nice to other people.’ I said, ‘That’s right. And what’s the other one?’ He says, ‘The greatest songwriter of modern times is Bob Dylan.’ That’s all you need to know in life.”

The legend didn't come close to matching Letterman's enthusiasm in his moments following the performance. As Letterman walked over to him, Dylan seemed to recoil and avoid eye contact with the 68-year-old retiree. This was no Julia Roberts farewell -- that's for sure.

Watch the performance below: