David Letterman's secret weapon: How being TV's biggest grump made (and maybe even saved) his career

The "Late Show" host says goodbye tonight. Here we look back at what made him a singular force in American comedy 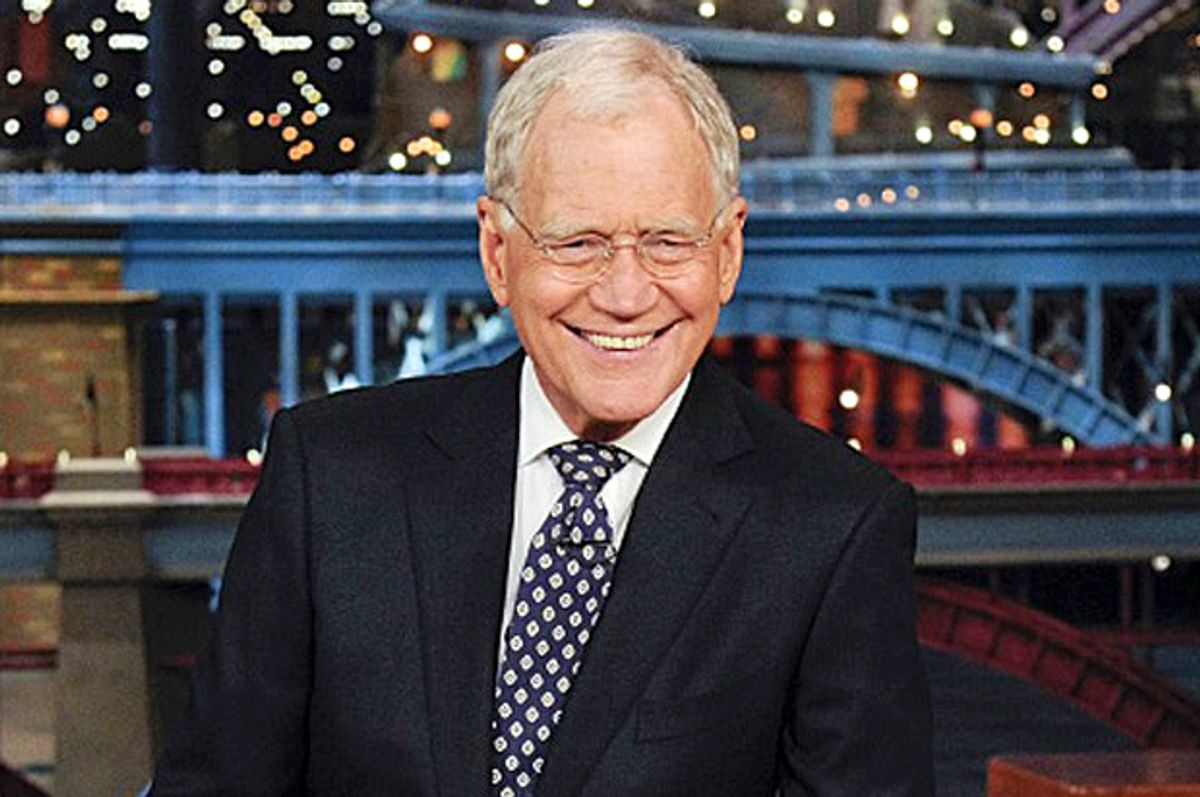 For more than 30 years, David Letterman stood apart from the rest of the late-night world, his acerbic sensibilities in sharp contrast with the collection of milquetoast everymen and jokey nice guys who ran opposite him. Between his cynicism, biting wit, feuds with Oprah, and interviews that resulted in Cher calling him an asshole, Letterman's reputation has long relied on his commitment to not giving a fuck. It’s what made him the icon that he is today, despite also being partially why he lost out on “The Tonight Show.” David Letterman is the ultimate TV curmudgeon.

Rolling Stone has dubbed Letterman ”Happy at Last” as he heads into retirement; for Dave, contentment is a sign that he should hang up his hat. As a younger man on NBC’s “Late Night,” he was more of a smartass than a curmudgeon, but smartasses grow up to be curmudgeons. The only real difference between the two is how much fun you look like you’re having while you’re doing it.

The late-night mythology established Letterman as the bitter runner-up in the “Tonight Show” feud, a persona he pretty well embraced from his new perch on “The Late Show” as it became both an outlet for his misery and a part of his new act. He could barely hide his disdain for boring interviews, and called bullshit on the notions of celebrity and the expectations of corporate broadcasting. Yet, it’s hard to imagine an alternate universe where Letterman got “The Tonight Show” and somehow became a plucky, network-loving, Jimmy Fallon-esque emcee. What happened to Conan O’Brien after he got NBC’s coveted late night spot feels in retrospect like a cautionary tale for Letterman. Things very well might have gone the exact same way if Leno hadn’t beaten him to the chase.

Not surprisingly, Conan is perhaps the closest to Letterman in the curmudgeon department. In an era of late night where nice guys finish first -- in the ratings, at least -- celebrity glad-handing, G-rated games and bits lacking irony are what’s currently working for Jimmy Fallon and newcomer James Corden, a phenomenon that one “Conan” writer recently dubbed “Prom King Comedy.” Even Letterman’s sillier bits had an edge to them. “Stupid Pet Tricks,” for example, might be "Amazing Animals!" if it were made today.

Tina Fey said it best about Letterman: "Once he retires, there's nobody left to be scared of. It's all friendliness now,” she told Rolling Stone. That fear is really a form of respect. People put their faith in him, despite his sometimes coming off as an asshole. He’s a curmudgeon whose opinion you trust, someone who is honest and upfront with people about his shortcomings. A sense of brutal honesty pervaded his on-air presence.

It was this temperament that helped him to address and overcome revelations of sexual misconduct that might otherwise have been career-ending. It takes a very specific kind of person to pause for applause and laugh breaks while telling a live studio and national TV audience how you're being blackmailed for the admittedly "terrible things" you've done.

Letterman lets it roll off of him as he tells the story, like it's therapy.

Because Dave was always imperfect to us -- self-deprecation, coupled with a vague, playful sense of misanthropy, were always part of his persona -- the revelations didn't shatter our image of the man. They instead became nothing more than a footnote, for better or for worse.

Although Letterman did not achieve the same mainstream success as Leno in the ratings department, he’s a critical success who’s leaving as a far less polarizing individual. And yet, the current path being followed by the most recently appointed late-night hosts is much more similar to the network-pleasing, unthreatening Leno road than the prickly, intellectual Letterman one. The most interesting indicator of whether or not the nice guy market has been saturated will be the persona of Stephen Colbert as “Late Show” host. We know that he’s an intellectual like Letterman, and a great interviewer, and to those who think his “Colbert Report” persona is 100 percent satire will be surprised to find out that he’s actually a pretty moderate guy. He could very well slip into Letterman’s affable-curmudgeon chair, combining the sense of fun and youthfulness of Fallon, with the intelligence and wit of Letterman.

One good indicator came at this year’s CBS upfront, where Colbert introduced himself as “Late Show” host for the first time to advertisers. He said he'd try to honor Letterman’s legacy by ”Occasionally making the network angry at his antics.” He immediately followed through by zeroing in on CBS’s ever-permuting “CSI” programs.

"Most of my show will be me solving murders by zooming in on pubic hairs," Colbert said.

We can only take that as a good sign.