Jack White tries to defend Tidal: "I don't see people saying we should go to the movies for free"

Is it too late for Tidal, a streaming service that has already launched itself from a stage of rich people? 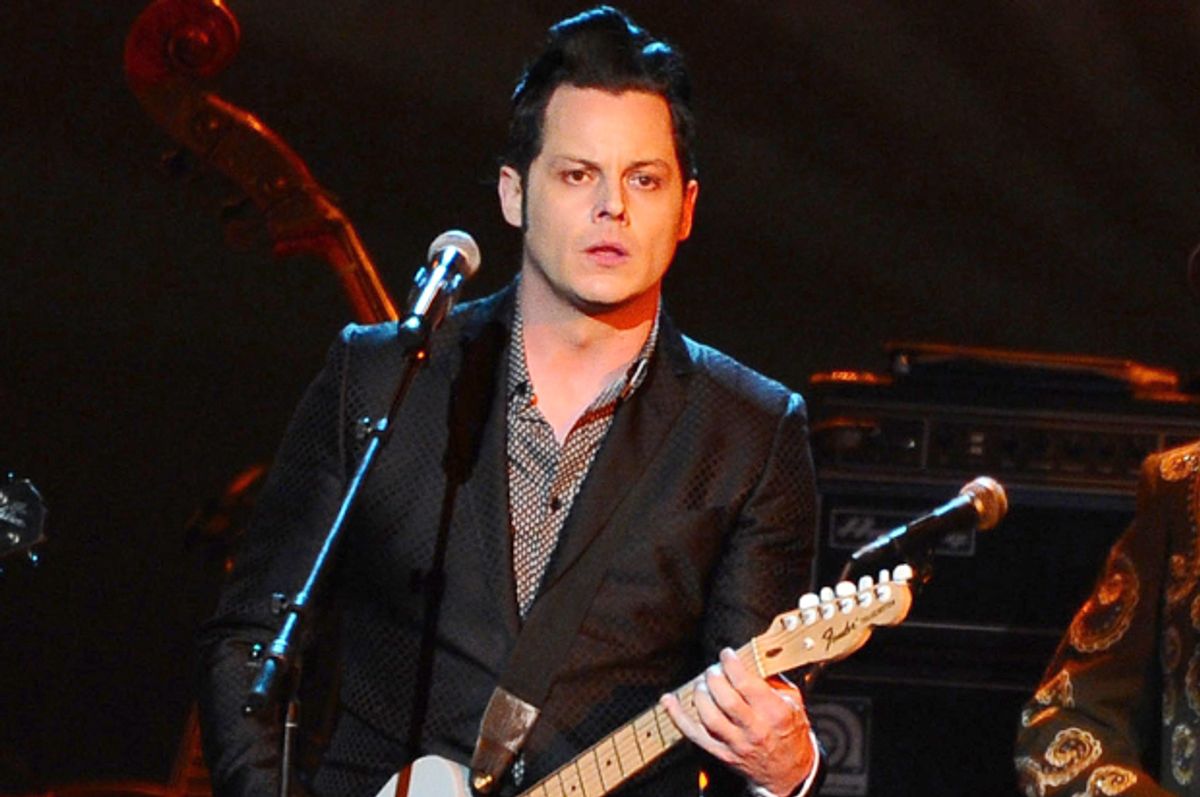 It’s hard to remember another music-business rollout that broke quite as badly as the launch of Tidal, the streaming service owned by blockbuster musicians like Jay-Z, Beyonce’ and Madonna. Okay, maybe U2’s “gifting” us all with a copy of their latest album compares. Or, going further back, the anti-Napster campaign that involved rich kid Lars Ulrich of Metallica glowering about something that really was a serious problem – music piracy -- and persuading just about no one. But Tidal’s lining up of the richest and most overexposed musicians to bring us the good news of their new streaming plan has been almost as bad.

The latest wrinkle in this story is the online interview Jack White has just released about Tidal, which he also has a stake in and has associated his retro-cool Third Man Records with. White is cranky, sometimes a ranter, but he’s also someone of real integrity who has been committed to musicians of all kinds for a long time. He’s produced a strong record by Loretta Lynn and sung the praises of overlooked figures like the Rev. Gary Davis. White is trying to make clear that the service is not just about superstars, but also about struggling independent artists.

Here he is on one question:

I think TIDAL is great for the fact that it will get more money to artists. After reading how little Pharrell from Pandora streaming off of one of "Happy." Really made me realize how little musicians just starting out must be making, when Pharrell only made $2700 off of something like 43 million plays

Jack: Yep, whoever started the model of making a website that gets paid by big advertisers (Youtube) and does not pay that money to the artists GENERATING the interest. Makes no sense to an artist trying to survive.

Jack, I truly believe TIDAL will change music in 21st century... for the sake of music Jack, did all the artists from TIDAL get along?

Jack: Yes we did. We spent all last night talking and discussing ways to make it very cool. Here's the shocker: musicians want you to hear their music in the best ways possible. We mix on very nice speakers and systems only to have 90% of it be heard on tiny components that cut out half the information

And, from a skeptic:

What a joke. I refuse to support The vault and TIDAL. if you claim music is so special and sacred then why charge a premium for people to enjoy it?

Jack: How much did you pay for that last movie you saw at the theater? And how much did that movie cost to make? Don't devalue musicians man, support them. Making records is expensive, believe us, I don't see people saying we should go to the movies for free, or Netflix should be free. that state of music is in flux, be on the side of supporting creativity, not taking from it. this gives you that chance.

The tricky thing is that White is right, mostly, about the issues of fairness, of audio fidelity, and the fact that most musicians are not as rich as Donald Trump (or Jay-Z). But it may take more than an email interview to turn this tide. Tidal skepticism has surprisingly deep roots for a service that only announced itself a few months ago. Even Time magazine called Tidal’s March launch out of touch:

The rhetoric around Tidal was pretty funny, when it wasn’t embarrassing. A promotional video showed various celebrities gathering to discuss their master plan as Beyoncé, who would seem to know better, said “Every great movement started with a group of people being able to get together and really just make a stand.” From Seneca Falls, to Selma, to Stonewall, to Los Angeles, where a bunch of celebrities demanded that their fans give them more money—this country has such a rich history of protest movements.

It’s natural for a streaming service or whatever to want to use famous people to make its point; by definition they have name and face recognition that a niche artist or unknown doesn’t. But sending millionaires and billionaires on stage to ask for more – especially those who, like the Tidal crowd, often sing or rap about how much they have and how lavishly they spend it – is not likely to persuade people who can get music for free.

Jack White can keep pushing – and for the sake of musicians, the vast majority of whom really are working hard to keep it together in a ruined landscape, we hope he will. But it may take more than just him to convince music consumers that this isn’t a bit like the George W. Bush tax cuts: A way to make the rich a little richer.