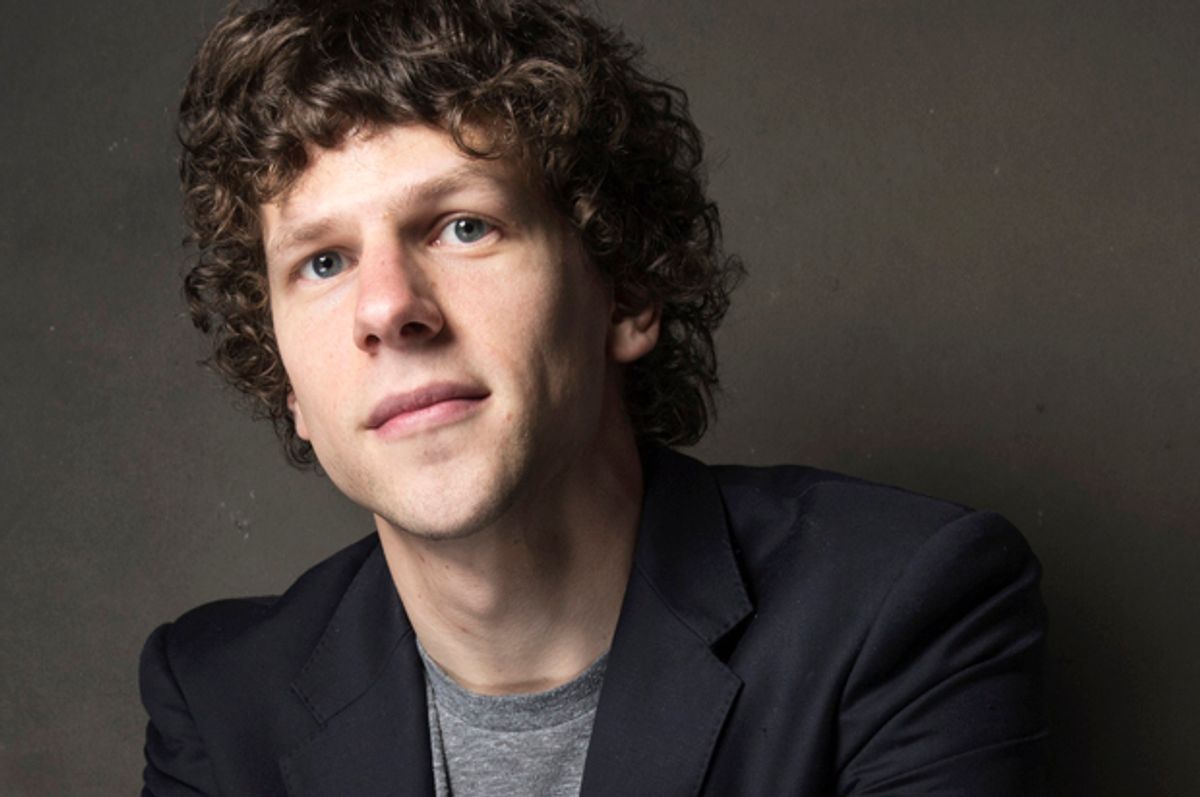 The depths to which the New Yorker might sink when it comes to appeasing celebrities who want to place their creative work in the venerable magazine's pages, especially the fiction section and humor columns, have yet to be fully plumbed, but sometimes they get it right. Not this week, though — Jesse Eisenberg's "Men and Dancing" piece in Shouts & Murmurs, four vignettes explaining just how much some men dread dancing in public, is the dreaded double-whammy of barely-funny meets actually offensive. A quarter of his piece traffics heavily — and wholly unnecessarily — in racist stereotypes about Native Americans, and the fact that this scene of a "Squaw" urging an unnamed chief to perform a rain dance even made it to print is either a truly spectacular act of cynical Shouts & Murmurs celebrity column trolling, or total editorial cluelessness.

SQUAW: No, in order to appease the rain gods, you must dance in front of the whole tribe while we point and laugh at you, as is our native custom.

CHIEF: What about bear meat? I can go hunt some more bears.

It's no Adam Sandler-level "Beaver Breath," to be sure, but a joke doesn't have to be jaw-droppingly disgusting to still be racist.

Auro Bogado at Colorlines calls Eisenberg out squarely on his use of "Squaw" for the female character, pointing out that the word is "the equivalent of calling someone a 'cunt.' White men have been using this racist slur that reduces Native women to their genetalia for about 400 years, and it’s time to put an end to it."

And Indian Country Today makes the point that overall, Eisenberg's sensibility "displays all the enlightenment of a Tintin comic book or an early Popeye cartoon—but those cringe-inducing products of their time were made over 80 years ago. To see The New Yorker print the word 'squaw' like it's just another noun, here in the year 2015, is a reminder that even the smartest guys on the newsstand can still be fairly dumb when it comes to Native stereotyping."

This isn't the first time in recent memory The New Yorker's Shouts & Murmurs has caught fire — a controversy divided readers of Lena Dunham's "Dog or Jewish Boyfriend? A Quiz" column earlier this year.