When comic book writer Harvey Pekar railed against the GE exec on live TV, Letterman had to shut it down quickly 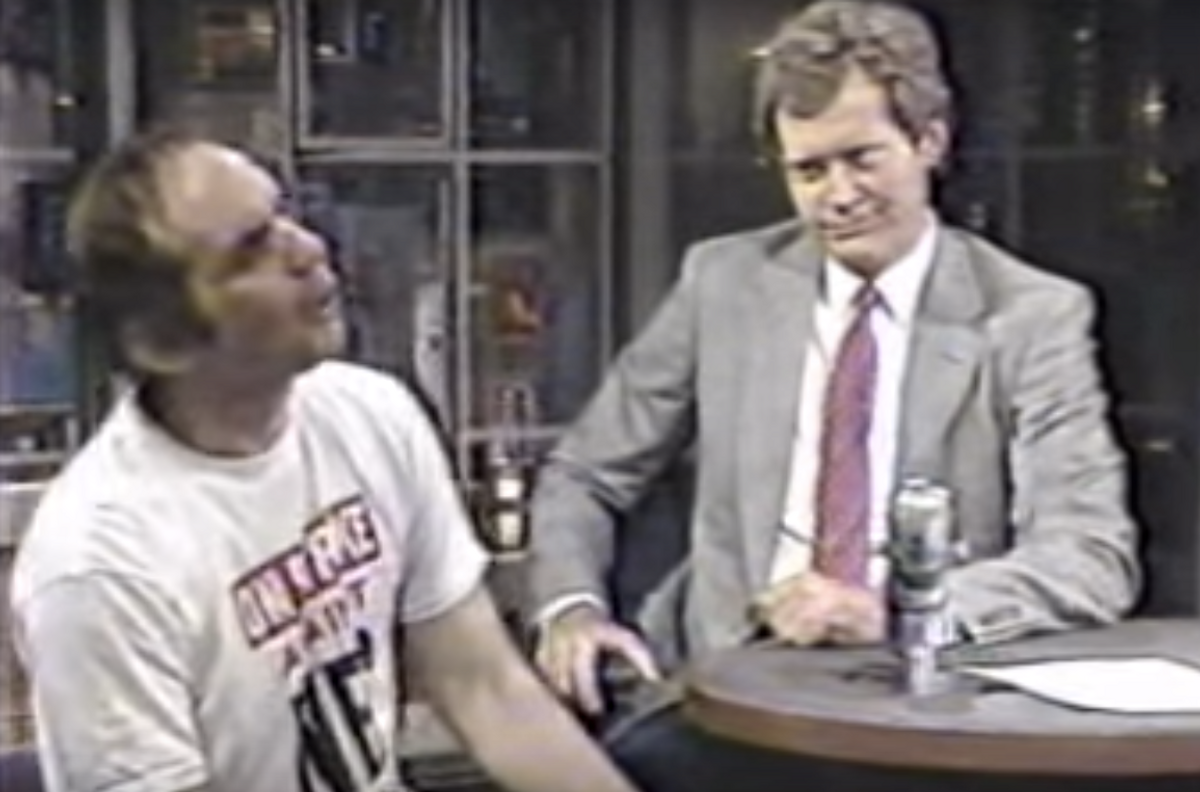 Out-cranking the notoriously jaded David Letterman is no easy feat -- but in 1987, the late-night host found his match in Harvey Pekar, the comic book writer behind the "American Splendor" series.

At least at first, the interview seemed to go off without a hitch. It was Pekar's second time on the show, so Letterman welcomed him back with praise, observing that he looked and sounded even better than he remembered. "You seem a little more -- I dunno -- laid back," he noted. He thanked Pekar for putting an illustration of him on the 14th volume of his comic book series. All seemed well. Either that, or Letterman was doing a great job aggressively ignoring the bold letters on his t-shirt which encouraged workers at General Electric -- part of the joint venture holding company NBCUniversal -- to go on strike.

The two got to talking about the inner-workings of the industry. Pekar, it turns out, had made a lasting impression with his caustic attitude during his first "Letterman" appearance. Following it, TV execs offered Pekar a shot at a late-night program, much like Letterman's, but he turned it down faster than it was offered. Letterman wanted to know why, so Pekar gave him a three-pronged explanation: "You get co-opted. You can't do anything serious. And it's drag to go on night after night doing simple-minded bullshit."

Following the commercial break is when things really started to derail. Pekar apparently was struck with a second wind during the break, and returned to the subject of co-opting with a new, fiery energy. It soon became very clear as Pekar spoke, that that he had a very specific example of a network in mind when he gave his reasons for not wanting to have a late-night show. You guessed it -- NBC.

Pekar then began ripping into Bob Wright, president of General Electric at the time.

Pekar: "You're always making these lil' cute remarks about GE but there's a reason that people should be watching GE real close that don't have nothin' to do with Robert Wright's toilet habits. And I want to tell you about that stuff ... No wait, I'm serious. Number 1, they're being sued in Ohio because they sold these nuclear reactors around the country ..."

Letterman: "Harvey, Harvey. This is really bad manners. This is very, very inappropriate."

Letterman: "Do I come to where you work and badmouth the Veterans Association?"

Pekar: "...they have a long history of ant-trust violations."

Letterman: "Again, Harvey. Let me interrupt you. Not so much out of defense of General Electric. I just feel like this is not the forum for this kind of discussion. See, if you had your own talk show you could talk about this stuff on your talk show."

Letterman: "Harvey, I am going to ask you something."

Letterman: "No. You're a guest in my house so shut the fuck up. You show up to my house and you sneeze in the hors d'oeuvres."

Bless you, Harvey Pekar. Watch the clip below: