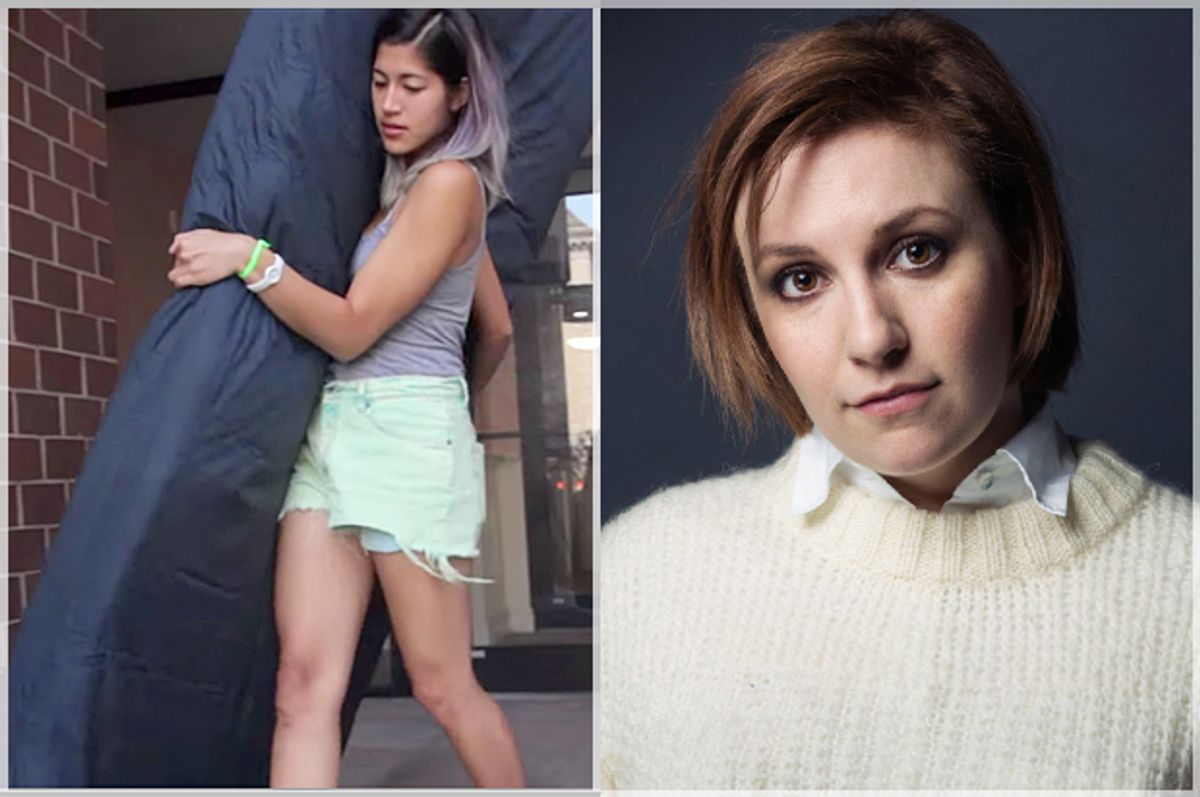 Some uptown New Yorkers woke up on Tuesday to find poster-sized flyers attacking recent Columbia grad Emma Sulkowicz, who spent the majority of her senior year lugging a blue mattress everywhere she went to protest what she alleges to be the school’s protection of her rapist. Sulkowicz’s protest brought visibility to the long-neglected epidemic of sexual violence on college campuses during a year when the taboo-like issue finally gained some national exposure.

Sulkowicz, who graduated Tuesday, continued her performative protest to the graduation stage. She’d been asked by campus administration to shed the ever-present prop for the ceremony, but Sulkowicz refused, and university president Lee Bollinger broke protocol and turned away from Sulkowicz as she crossed the stage, denying her his hand to shake.

Greeting pedestrians around campus during commencement week were scores of two separate posters, also reported on by Gothamist, hanging from light poles and pasted to walls in the area, one calling Sulkowicz a “pretty little liar” and urging social media savvy misogynists to use a #rapehoax hashtag. The other featured 'Girls' creator and star Lena Dunham, who went public with her college-era sexual assault in December. In the same objectifying language used with Sulkowicz, Dunham is called a “big fat liar,” and fans of sexual predation are again urged to use #rapehoax on Twitter.

By late Wednesday morning, the Twitter account associated with the posters (@fakerape) had several hundred followers after only hours of existence. The account’s brief “bio” reads, “Faking Rape to Perpetuate an Astroturf Agenda,” suggesting that Sulkowicz’s public grief has been a cynical and entirely falsified effort to advance the agenda of a powerful, shadowy group of misandrists. The most broad implication is that not only are Sulkowicz and Dunham lying about their attackers but that sexual violence is not the crisis women make it out to be.

Offended New Yorkers tearing down the posters are described as “brown shirts” by the account, and without irony one tweet complains, “So much for freedom of speech!” to accompany a photo of three people scraping off the well-affixed posters. Where is the justice, right? Where are your Constitutional protections?! Life is so hard for rape-excusing MRAs.