Report: Josh Duggar named in underage sexual abuse investigation -- after his father turned him in 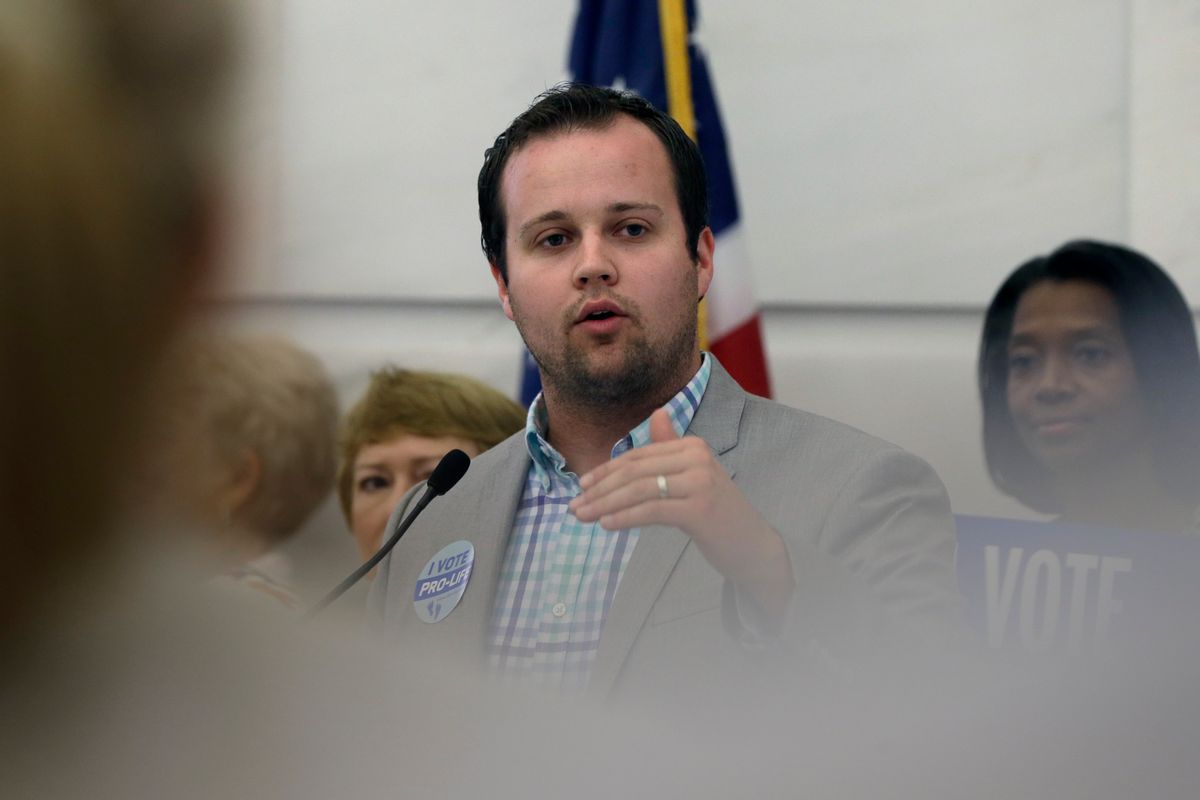 The Duggar family might not be quite as "wholesome" as they would hope. According to a new report, Josh Duggar -- the eldest of the "19 Kids & Counting" crew and a current anti-gay activist -- was named as the alleged offender in a 2004 underage sexual abuse investigation. And he was reportedly turned in by none other than his father, Jim Bob.

Recently unearthed documents from an Arkansas State Police investigation indicate that police planned to pursue charges against Duggar, according to In Touch magazine. The reality star, then 17, was reportedly brought to the police after his father saw him leaving an underage girl's bedroom and learned "something inappropriate" had happened. But the case was never concluded, the magazine reports, because of "a bizarre turn of events":

The state trooper who originally took the report about Josh shortly before 2005 never followed up. That state trooper was later convicted on child pornography charges and is serving a 56-year prison sentence.

When the state trooper ran into trouble, someone from the Arkansas State Police alerted the Child Abuse Hotline about the Duggar situation that had been sitting inactive. That’s when the Crimes Against Children Division and Springdale Police Department got involved. By then the three-year statute of limitations had passed and it would not have been possible to pursue prosecution of Josh if the allegations warranted, so the investigation was discontinued.

Sgt. Darrel Hignite, who is believed to have led the investigation into Duggar's alleged actions, would not comment on the case. Neither Duggar nor his family have commented on the allegations.