As the drought drags on, not even senior rights holders will be spared any longer 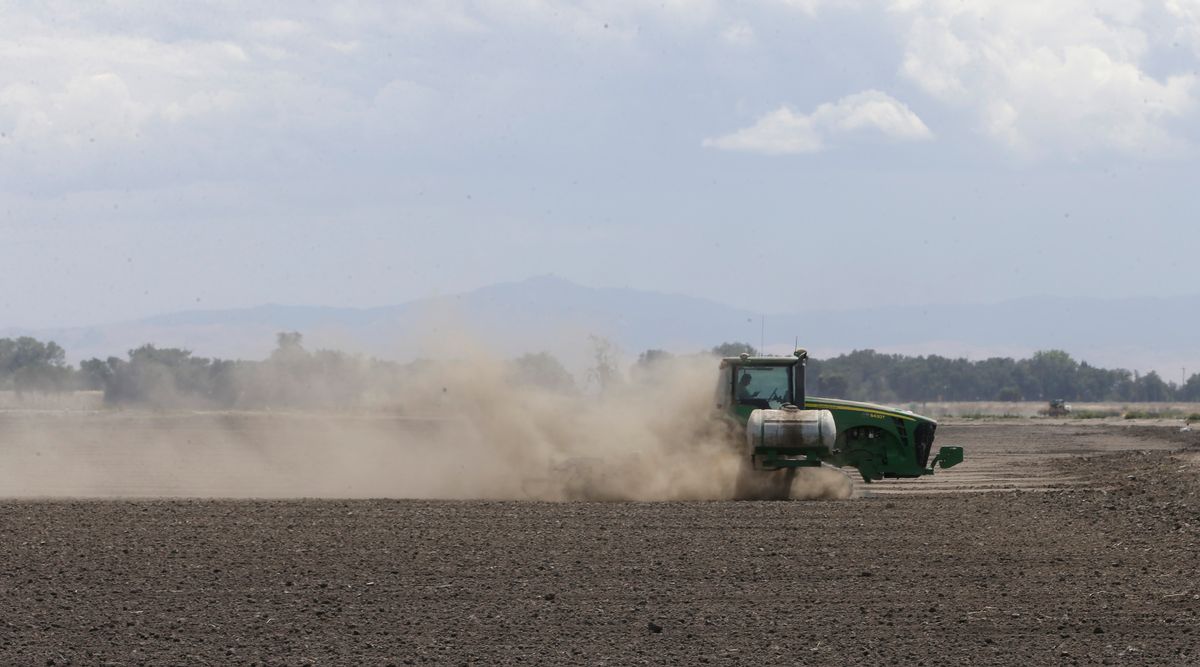 In this photo taken Monday, May 18, 2015, a tractor tills the dry land on the acreage farmed by Gino Celli, near Stockton, Calif. Celli, who farms 1,500 acres of land and manages another 7,000 acres, has senior water rights and draws irrigation water from the Sacramento-San Joaquin River Delta. Farmers in the Sacramento-San Joaquin River Delta who have California's oldest water rights are proposing to voluntarily cut their use by 25 percent to avoid the possibility of even harsher restrictions by the state later this summer as the record drought continues. (AP Photo/Rich Pedroncelli) (AP)
--

California's drought isn't going anywhere soon, and as the state heads into a long, dry summer, it's pursuing ever more drastic measures than ever to preserve its dwindling groundwater supply. Nearly two months after Gov. Jerry Brown took the momentous step of issuing mandatory water restrictions for cities and towns, the state's now turning its attention to the farmers who have historically been protected from such measures.

Starting Friday, the Associated Press reports, farmers holding century-old water rights in the San Joaquin River watershed will be ordered to cut back.

It's a decision that couldn't have been made lightly, as Slate's Eric Holthaus explains:

Friday’s move is groundbreaking in California’s long struggle to reform its unique system of water rights. Many affected farmers paid a premium for land with senior water rights, with the understanding they’d never be cut off. They invested in high-value orchards that require water year-round, with that same understanding in mind. Now that’s all about to change.

Agriculture is responsible for an estimated 80 percent of groundwater use in California, and according to the AP, senior rights holders consume trillions of gallons of water each year. Only once, during the state's major 1977 drought, were they subjected to restrictions, and then, only a small subset along the Sacramento River were affected. This time is the first anyone can remember that San Joaquin senior rights holders are being held accountable for water conservation -- and while regulators mostly have to rely on the honor system and complaints from neighbors to ensure that the restrictions are being adhered to, they have new power to impose penalties on those caught diverting water, including up to $10,000 per day fines.

Farmers, naturally, are stressing about how they're going to grow their crops under the restrictions; John Herrick, manager of the South Delta Water Agency, said some are almost certain to attempt to block them in court. A second group of senior rights holders, meanwhile, are trying to broker a deal with the government: they're offering to voluntarily reduce their water use by 25 percent, in exchange for being spared mandatory cutbacks. Officials say they'll announce their decision about that on Friday as well.

"This is challenging. It's not about making everyone happy," said Felicia Marcus, chairwoman of the state Water Resources Control Board, at a public hearing. "It's about figuring out how to make terrible choices in the most fair and equitable way possible." If this is indeed California's new normal -- and research suggests it may well be -- this isn't the last hard decision they'll have to make.