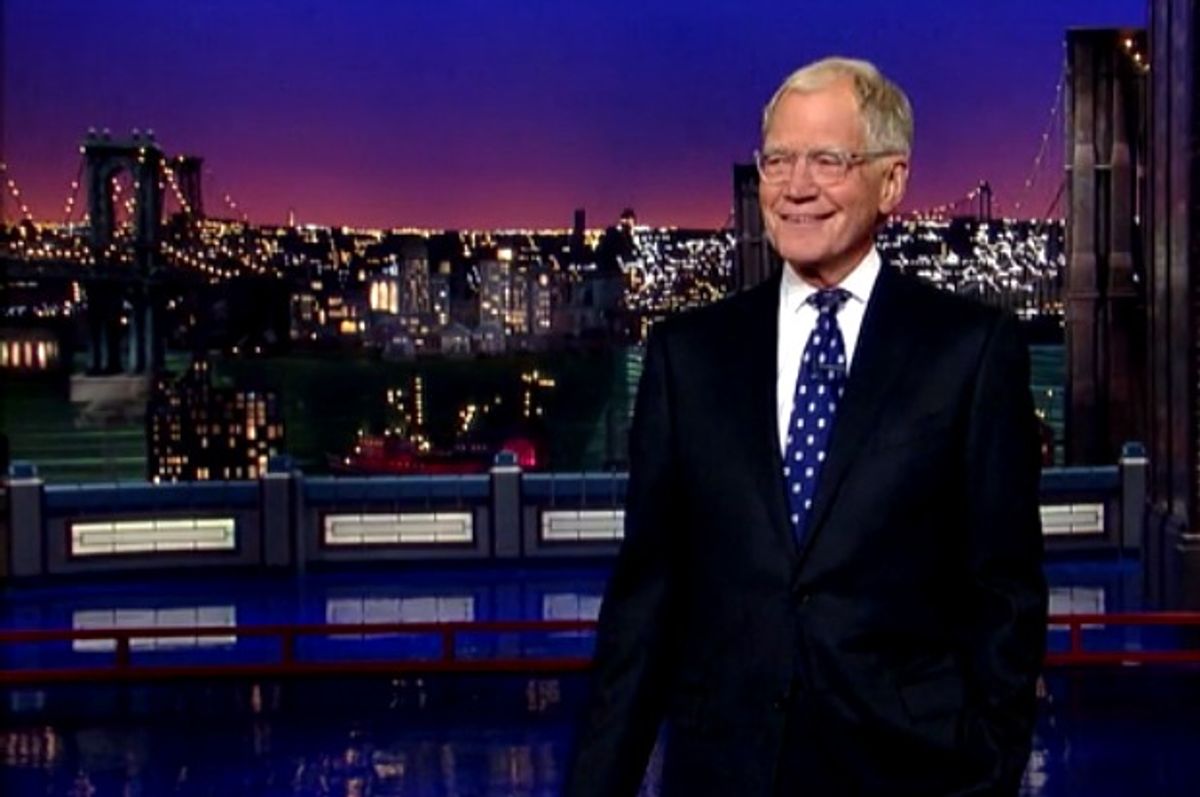 For a man who has so much influence that he could call on presidents to speak at his retirement party, David Letterman’s final “The Late Show” last night emphasized the exact opposite characteristic of the man: his humility. Letterman’s self-deprecating approachability underscored the last hour of “The Late Show With David Letterman,” a series finale that was a nostalgia tour for both the comedian himself and his audience of fans, a collection of clips, references, and stories that together attempted to offer a glimpse at 33 years behind the desk.

In a season that has been crammed full of late-night exits and entrances, as Jon Stewart, Stephen Colbert, James Corden, and Larry Wilmore have found themselves on the brink of something new, Letterman’s stands out for being an expression of the man himself, an extension of his laid-back, idiosyncratic, deeply sincere style. The late-night game is one of personalities, because the medium is one that invites—and demands—intimacy. Letterman is a funny man, but his ability to come across as genuine is a talent that has stood him in far greater stead. There is a presence to Letterman that communicates as authentic, and whether or not that’s truly authentic or just well-manufactured, he’s managed to convey that attitude for his 33 years helming this show. Letterman’s monologues have incredible intimacy to them, and over the decades, “The Late Show” has been a window into his world. It’s impossible to deny his influence, or the show’s place as a fixture of late-night.

In the past few weeks, more and more writers have shared stories of Letterman’s personal influence on their lives, and so many of them come down to a story of rhythm and routine: “What Are My Dad and I Going to Do Without David Letterman?” asks Scacchi Koul at Jezebel; “David Letterman Raised Me,” says Jessica Winter at Slate. John Darnielle of the Mountain Goats recollected the incredible kindness of Paul Shaffer when his band played “The Late Show.” Fellow comedians took their leave—Bill Murray, covered in cake; Tina Fey, stripped down to her Spanx.  Like so many television goodbyes, bidding goodnight to “The Late Show” is mostly a chance to grieve the inevitable passing of time. But with David Letterman, there’s also saying goodbye to the figure he was—they guy they invited into their home every night for nearly four decades.

Much of the show’s last episode was a reminder of the comfort of Dave, like his easy banter with kids about Santa Claus, upholstery factories, and his time in prison, or his surprising ability to make annoyed Taco Bell customers laugh, despite being the most annoying drive-thru cashier on the planet. It’s a comfort that the show has capitalized on for some years now, eschewing the wackiness that characterized Letterman’s early years for the mainstream culture that his show helped create: Top 10 lists, throwing things off roofs, and making himself the butt of every joke.

It was also an episode that skipped some of the rawer parts of Letterman’s history: A systemic awkwardness with female guests that at once conveyed both Letterman’s inability to fake his way through anything and foreshadowed his admission, in 2009, that he had slept with female staffers on his show, and was, by his own admission, altogether “creepy”; last month he admitted to Dave Itzkoff of the New York Times that CBS probably should have fired him when an extortion attempt brought his philandering to light. Letterman managed to turn the scandal into an opportunity for more of that startling openness; he addressed the matter in his monologue, in his characteristically loose manner that rarely, if ever, sounds rehearsed. ("When I screw up, and lord knows I’ll screw up, I’ll have to go on someone else’s show to apologize.")

The result is that he gets to go out on a high note. Everyone in showbusiness seems to love Letterman—from politicians, the original song-and-dance guys, to the cast and crew of “The Late Show,” his fellow comedians, the celebrities he’d candidly interview, and even football player Peyton Manning, who Dave joked he bore some resemblance to. Dave’s final Top 10 list was read out by 10 friends of the show—a group of worthy notables including Tina Fey, Julia Louis-Dreyfus, Bill Murray, Alec Baldwin, and Chris Rock, who told Letterman he was pleased that another white man was taking over “The Late Show.”

Letterman’s had a good run. He takes with him the last vestiges of the old world of late-night. The generational turnover is complete; 16 years separate him from his successor, Stephen Colbert, and those 16 years seem to carry with them the many intricate complexities of late-night in the digital era. It’s still an industry dominated by white guys who look approachable, but the format that Letterman radicalized is changing again, as Jimmy Fallon and Jimmy Kimmel make hay out of staged games with celebrities and then upload those clips on YouTube the next day. Letterman was the last relic of a bygone era, nimble and adaptable, but performing for a disappearing audience. The Foo Fighters played him off, in the wee hours of this morning, with their classic hit “Everlong.” Letterman said it meant a great deal to him during his 2000 heart surgery. How very Letterman, to be attached to a moody alt-rock radio hit; how very Letterman, to make something that was once edgy and make it as mainstream and as weirdly wholesome as apple pie. “If anything could ever be this good forever / if anything could ever be this good again,” go the lyrics. In a night of composed emotions, it was the most angst-ridden part of the farewell. But it leave me with something positive. It’s over, but it appears that Letterman had the time of his life—and our lives, too.