Sting sings "Every Step You Take," of course, while James Corden offers up his "ghetto" rap 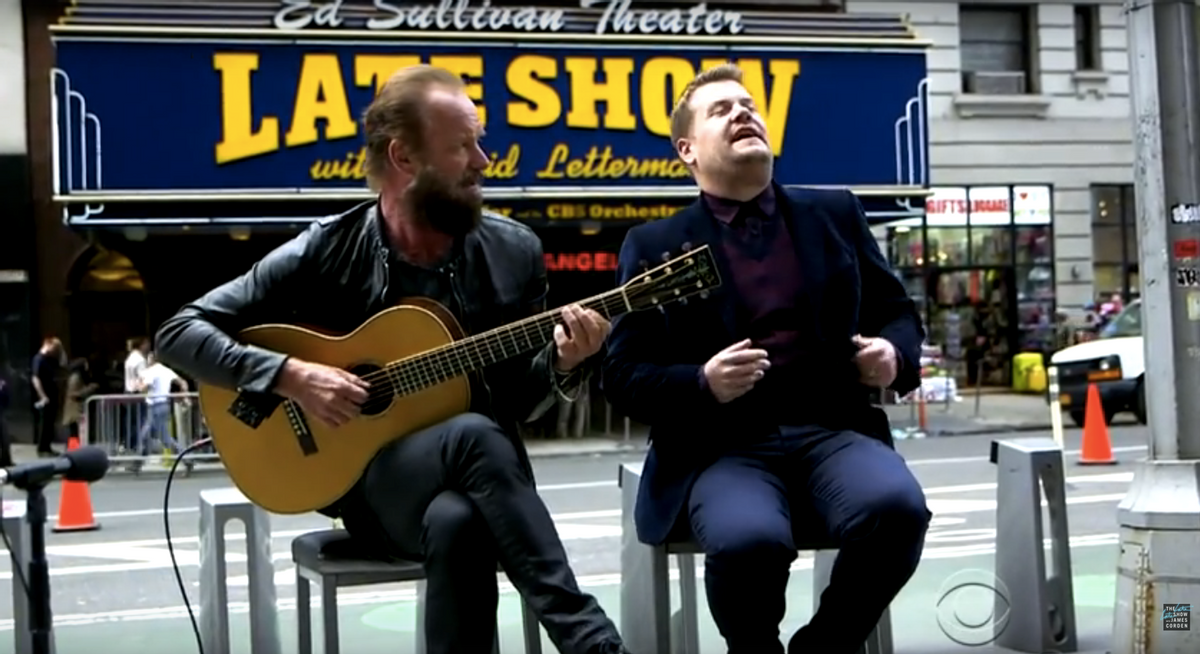 On Wednesday night's "Late Late Show," James Corden was joined by Sting, who has maybe been using the same stylist as Jim Carrey, for a rap sing-a-long tribute to legendary retiree David Letterman.

The two planted themselves in front of the Ed Sullivan Theater while Sting belted the familiar chorus to "Every Step You Take" -- the song that plays any time anyone dies (but good news, Letterman has not died, he is just retiring!) -- while Corden attempted to derail the earnest tribute with, in his words, "ghetto" rap. It's not pretty.