Category is: "The Top 10 things I've always wanted to say to David Letterman" 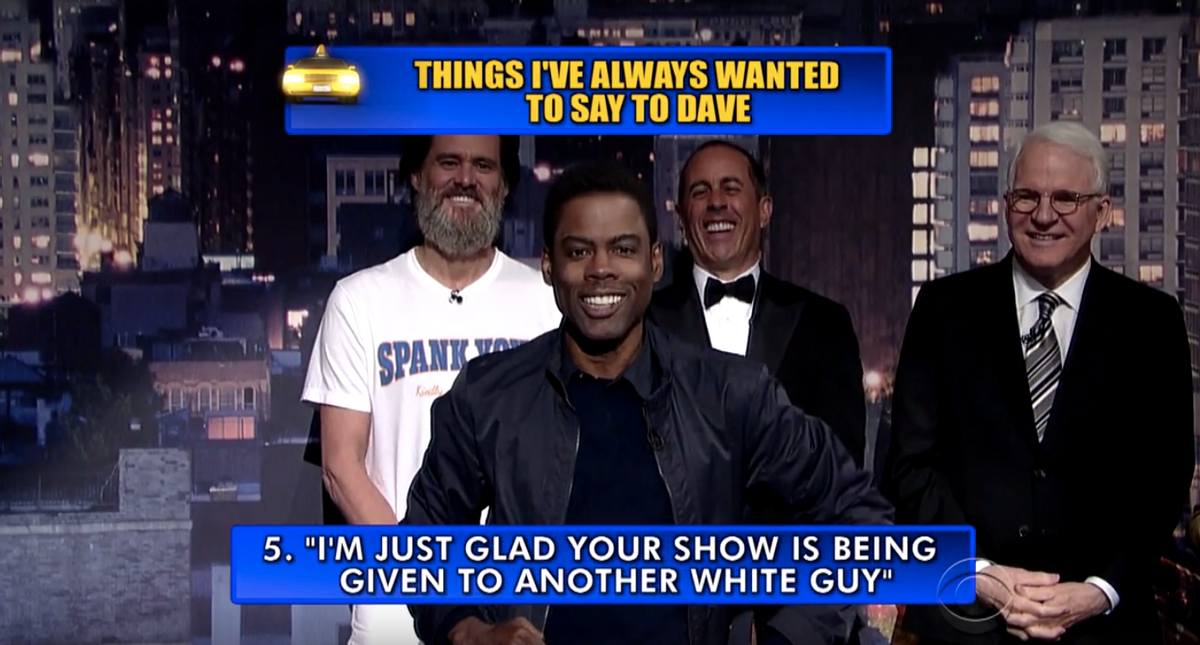 Wednesday night's final "Late Show" episode included a fitting "Top Ten" tribute in which David Letterman turned his recurring segment over to a host of celebrity guests. Each took turns airing their grievances -- all in good fun, of course -- and slammed the retiree for everything from being unbearably white to being the "Peyton Manning of comedy."

10. Alec Baldwin: "Of all the talk shows, yours is the most geographically convenient to my home." 9. Barbara Walters: "Did you know that you wear the same cologne as Muammar Gaddafi?" 8. Steve Martin: "Your extensive plastic surgery was a necessity and a mistake." 6. Jim Carrey: "Honestly, Dave, I've always found you to be a bit of an over-actor." 5. Chris Rock: "I'm just glad your show is being given to another white guy." 4. Julia Louis-Dreyfus: "Thanks for letting me take part in another hugely disappointing series finale." 3. Peyton Manning: "Dave, you are to comedy what I am to comedy." 2. Tina Fey: "Thanks for finally proving men can be funny."