On Conan, the comic explains how important Dave was to him as a teen. He even broke up with a girlfriend over him 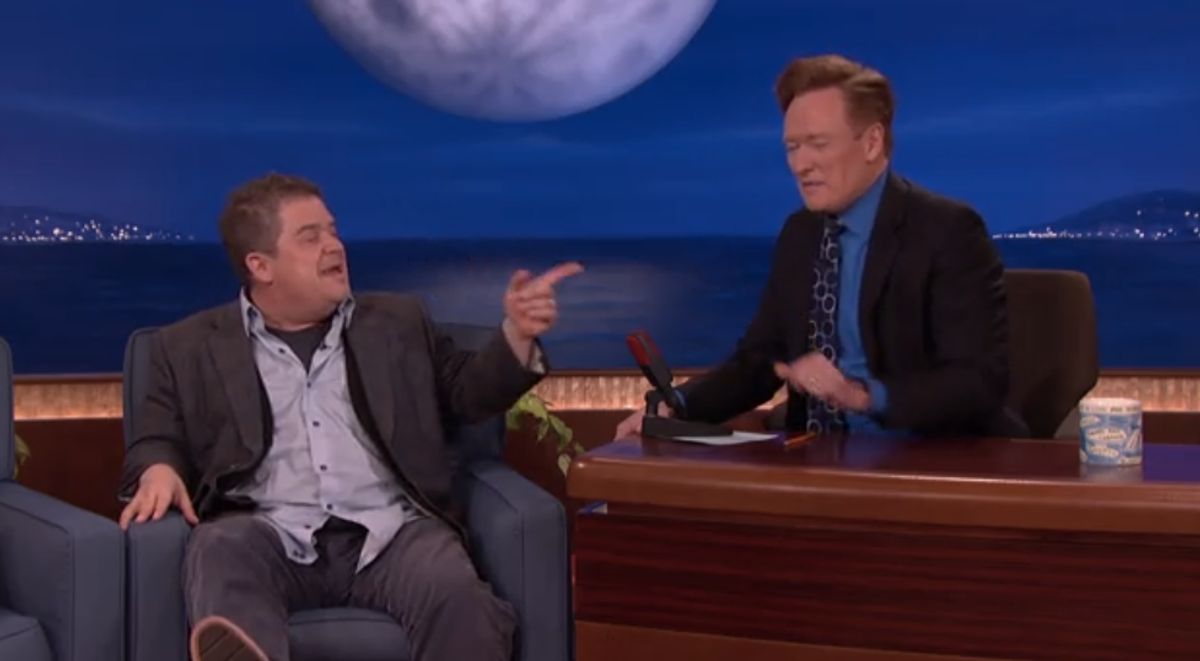 Patton Oswalt and Conan O'Brien shared their stories of growing up David Letterman fans on last night's show, and explained how seeing him on his NBC "Late Night" show broadened their view of what comedy could be.

Both of them liked Johnny Carson a lot, but it was Dave who opened their eyes to weirdness.

"How awesome was it when he would do these things and you realize part of the plan was for it not to work, so that then there could be this weird silence! I'm the only thing on NBC right now," Oswalt said. "That must have felt..."

Oswalt said that appreciating Letterman's sensibility was so important to him that he broke up with a girlfriend because she didn't like him. "He comes on and it's just uncomfortable and there's all this quiet," he said, explaining her dislike of Dave.

But getting Dave said something about who you were and what you found funny.

"Isn't it weird," Oswalt also said, "how Dave dressed even more square and nerdy than Johnny Carson did and it took you a second to realize how weird he was," Oswalt said. It was like he was saying, "Hey, dude, I'll dress like the squares but I'm one of you. I'll let them in on it when it's way too late."

Watch the entire clip below.