Paul Shaffer, the soul of Late Night: Laugh if you like, but Letterman wouldn't have worked without him

Sidekick, bandleader, Canadian, and old-school hipster, Paul Shaffer is part of what we'll miss, too 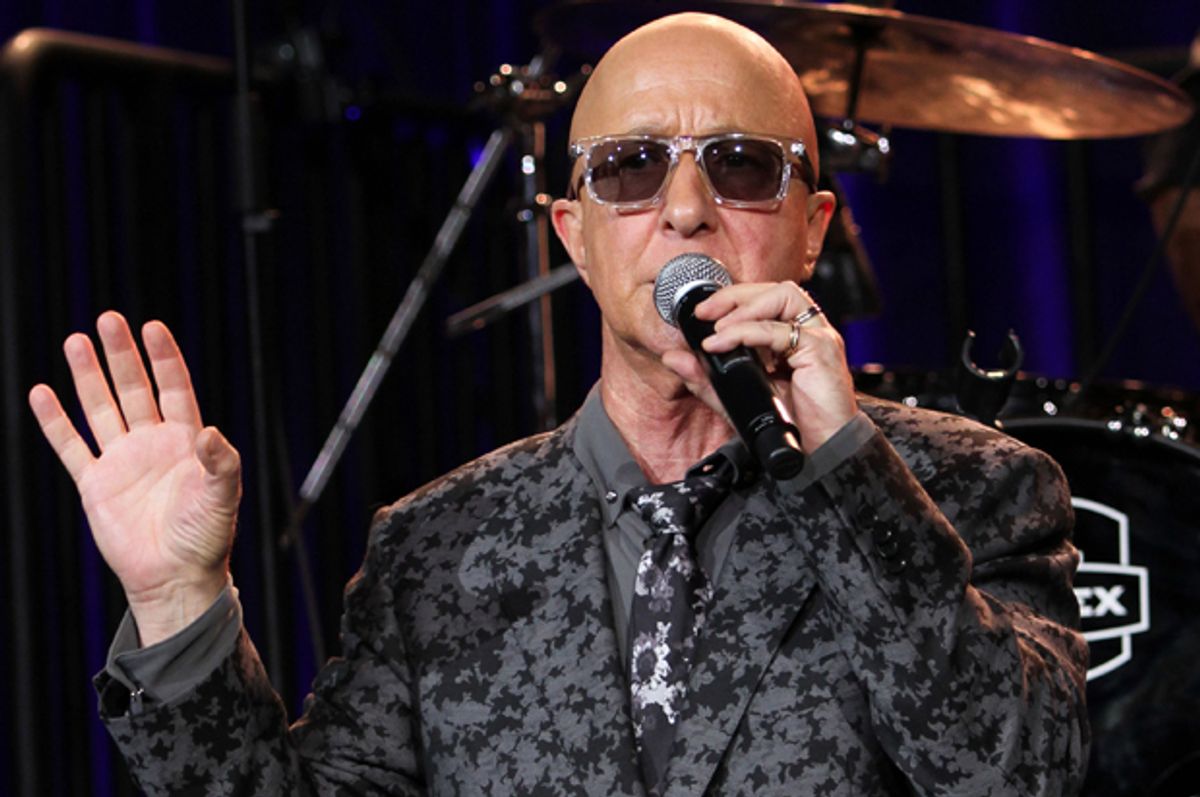 David Letterman’s “The Late Show” managed to sign off last night with the same style with which it came into the world – dry, wry, a little imperfect, at times even messy, and oddly good-natured. Since the show debuted in 1982, it’s never become such a well-oiled machine that every joke hit, and part of its genius was its blank spots and self-deprecation and Letterman’s odd combination of confidence and insecurity. “Late Night” was winning, in other words, because it was run by a guy who acted a little like a loser. Despite the slicker production values of the CBS version of the show, and the bigger audience, the farewell shows have mostly recalled the early, goofy years. Rarely corny or maudlin or overblown, Letterman closed out, as NPR put it, “on his own terms, guided by a subversive sense of humor that was severely allergic to sentiment or phoniness.”

And while it’s hard to figure out exactly why, part of what’s been central to the 6,000-plus episodes (“a pretty high percentage” of which, the host told us, “absolutely sucked”) over 33 seasons has been Paul Shaffer. Letterman’s longtime bandleader has been with him since “Late Night” opened in 1982. That’s about four times longer than the Beatles’ recording career, and many times longer than any of Miles Davis’s celebrated quintets. Shaffer is neither the greatest musician in New York, nor the best talk-show sidekick ever. But the snarky backlash against Shaffer and his long run at Letterman’s side has been an odd discordant note in the huge amount of love (ironic or otherwise) showered on “Late Night” over the last few weeks.

The carping has been especially harsh on Twitter. “Watching Letterman retire has been great, except for goddamn Paul Shaffer who keeps on opening his trap to be annoying,” one says. “The best thing about #DavidLetterman retiring is that I don't have to hear Paul Shaffer talk anymore,” another tweets. His glittery ensemble on last night's finale elicited a round of eye-rolls, even:

There’s a lot of that going around. He’s either the worst thing about the show or (for a minority) one of reasons the show is so awful and, erm, annoying. But Shaffer’s cool-daddy-o banter, not especially hip shapes, and retro showbiz manner, his keyboard-playing with one hand in the air, his calls of "yeah, Dave," are all part of what made Letterman’s show approachable and human. In short: It’s hard to imagine "Late Night" working half as well as it did without Shaffer on it. In some ways, he’s the soul of the show.

Shaffer came from Ontario, Canada, and played on Broadway and with the “Saturday Night Live” house band in the ‘70s. From the very start of his leadership of what was once called The World’s Most Dangerous Band, Shaffer fit in perfectly.

One music lover who was struck by Shaffer’s playing and bandleading was David Ritz, biographer of Marvin Gaye and Aretha Franklin, who went on to ghostwrite a book with Shaffer. “I always recognized Paul as a guy with a very deep musicality,” Ritz told me. “He knows R&B, he knows rock, he knows disco – in a deep way. He’s like a scholar.” Television bandleading, he says, "is about knowing when to use certain musical pieces. He’s perfectly attuned to the needs of television. He’s also a hell of an organ player – a great Hammond B-3 jazz player.”

When people on social media complain about Shaffer being annoying, they’re generally not talking about his musicianship. And here’s where they are really wrong. He was a necessary counterpoint to Letterman’s icy ironic distance. “Paul is like the anchor,” Ritz says. “He’s got more of an obvious soul than Dave. Dave is glib and cynical and sardonic, and Paul is all heart. And in certain ways, Midwestern Dave is kind of a square. Paul is an old-school hipster. He and Martin Short love to get together and riff on Frank Sinatra and Sammy Davis, Jr. – they love the kitsch of old Hollywood.” Shaffer connected the “Late Night” to an earlier generation of show business in a way that dry-ice Dave never could have.

In some ways, Shaffer is an old family retainer. But there are reasons lords of the manor keep certain people around, and it’s not just, in this case, what seems to be sincere personal affinity. Shaffer more than earned his keep. As we say goodbye, with the world’s driest tears, to one of the funniest shows ever on television, we know we’ll be missing Paul Shaffer as well.