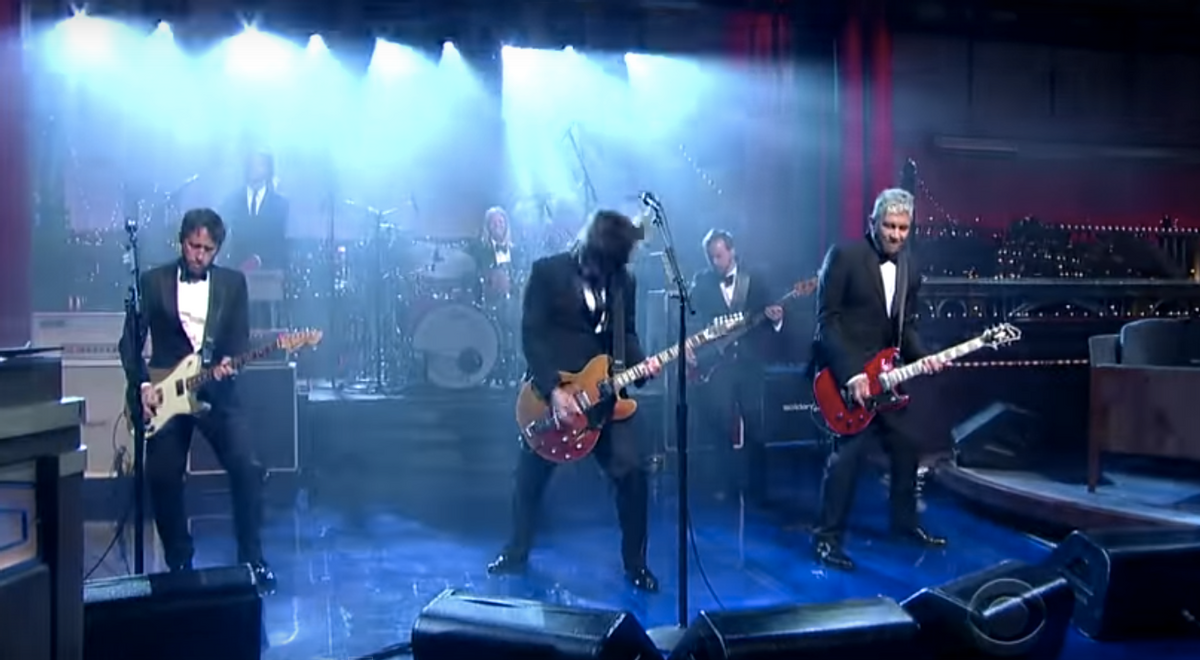 (The Late Show with David Letterman)
--

And that's a wrap! For David Letterman's last-ever musical performance, he brought in his "favorite band," the Foo Fighters, to perform his "favorite song," "Everlong." Back in 2000, he had asked the band to come in and perform for his first show following open heart surgery. They kindly accepted and even canceled the South American leg of their tour in order to play for him.

The band came much more dressed up this time around, in tuxes for the occasion, and helped score a montage of Letterman's most memorable moments throughout his 33-year career. "Thank you, and goodnight," he signed off.

Watch the performance below, followed by The Foo Fighters' original appearance in 2000: