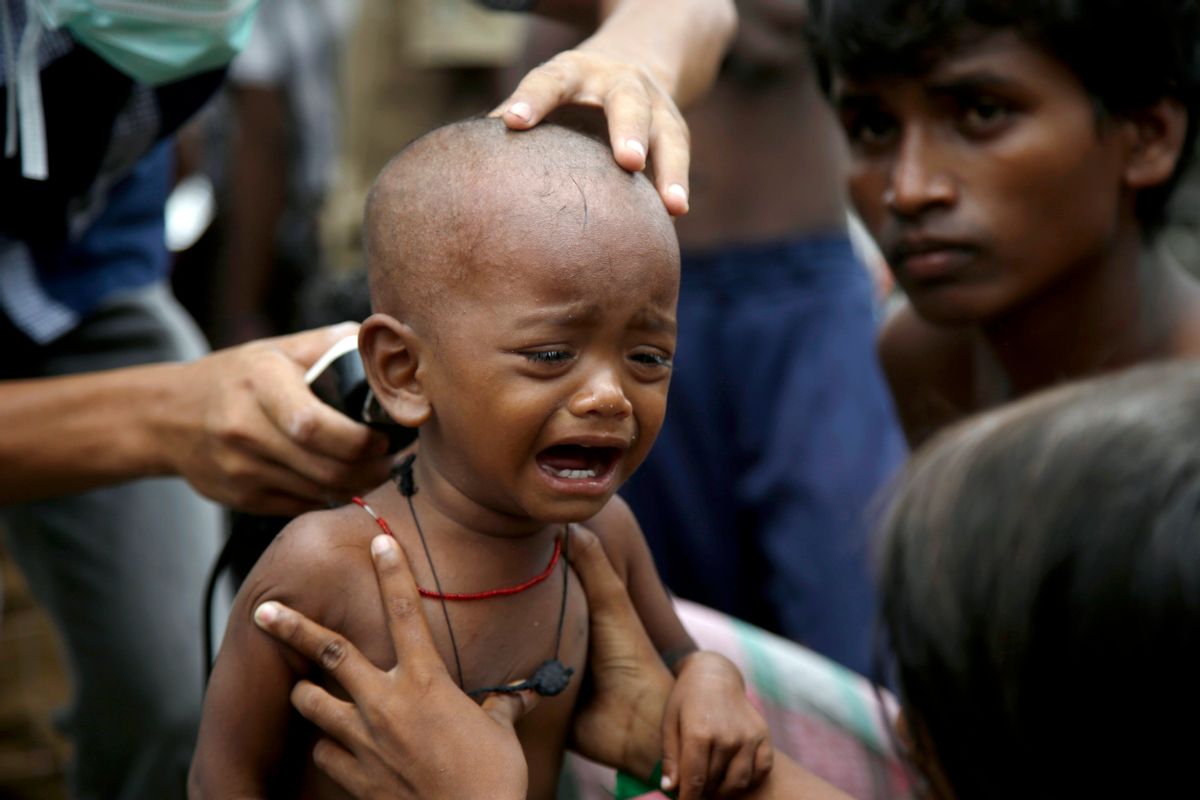 An ethnic Rohingya kid cries after receives a free haircut service provided by a local charity at temporary shelter in Langsa, Aceh province, Indonesia, Friday, May 22, 2015.Thousands of refugees and migrants have washed ashore in Malaysia, Indonesia and Thailand, about half Rohingya and the rest from Bangladesh, according to the International Organization for Migration. The U.N. refugee agency estimates more than 3,000 others may still be at sea.(AP Photo/Tatan Syuflana) (Tatan Syuflana)
--

An ex-con accused in the slayings of a wealthy Washington family and their housekeeper is arrested, a week after authorities say the family was killed and their mansion was set on fire.

As first lady, she endorsed planned tax breaks for private foundations and wealthy donors at the same time her husband's foundation was soliciting donations for his presidential library.

After months of debate, Ireland votes on whether to permit gay marriage despite Catholic Church opposition.

4. WHAT LAWMAKERS ARE HOPING TO ACHIEVE

Senate supporters of Obama's trade agenda hope to fend off hostile amendments and send a major trade bill to the House.

5. WHERE FOCUS IS SHIFTING IN MIGRANT CRISIS

Attention turns to the ocean off Southeast Asia's west coast as Malaysian naval vessels search for stranded boat people— and rescue more than 200 — as the U.S. military prepares air patrols.

The operator of a broken oil pipeline that fouled a California shoreline says it could take months before investigators are able to determine what caused the incident.

Farmers expect to get an answer on their offer to give up a quarter of their water this year in exchange for being spared deeper mandatory cutbacks.

A South Korean court suspends the prison term of the former Korean Air executive whose onboard tantrum delayed a flight last year.

The Family Research Council accepts the resignation of Josh Duggar in the wake of his apology for unspecified bad behavior as a young teen.

Stephen Curry scores 33 points to turn back another spectacular performance by James Harden, and Golden State holds off Houston 99-98 to take a 2-0 lead in the West finals.