Melissa McCarthy demanded "Would you do this to a man?" Here are some other great women who are sick of your shit 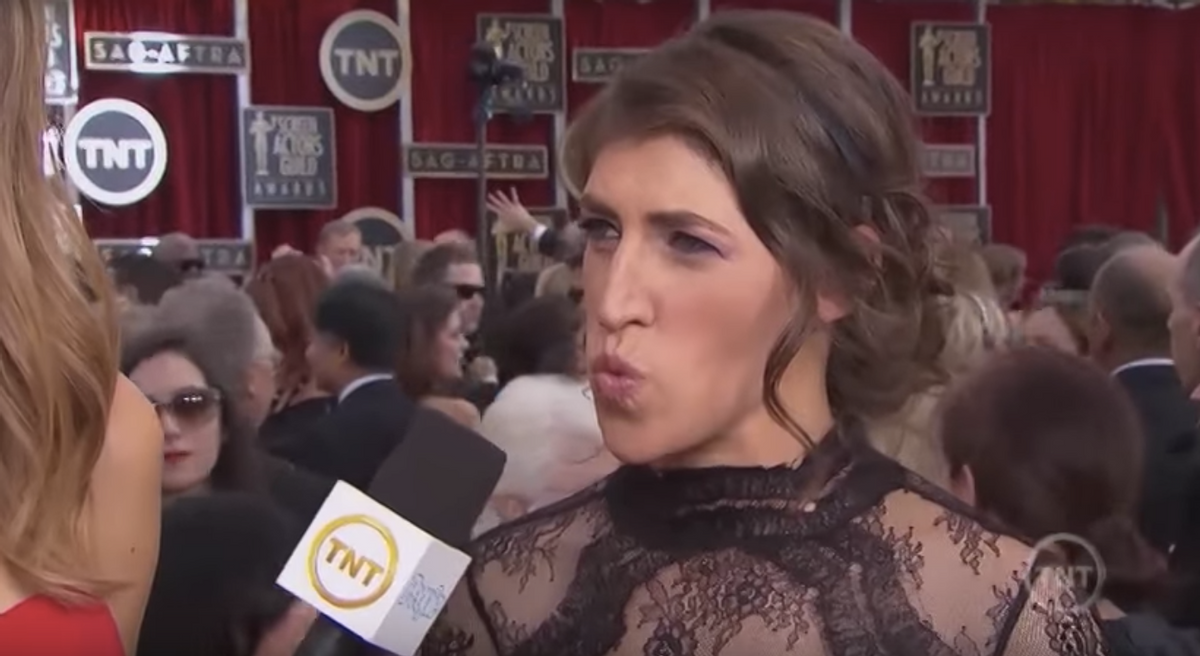 Melissa McCarthy sat down with Ellen DeGeneres this week and rehashed a face-to-face encounter she had with a sexist reporter who called her "hideous" in her 2014 film "Tammy." She turned the tables on him by asking the question "Would you do this to a man?"

If this story sounds at all familiar, it's probably because it's a recurring one in pop culture -- even in the year 2015: Moderator asks implicitly sexist question. Female public figure calls them out. Story goes viral. Repeat. Hillary Clinton fired back with the same question when she was asked what designers she wore during a panel she was at to speak about Kyrgyzstani issues ... just moments after addressing workplace sexism. Keira Knightley proposed the question, too, when she was asked just last year how she was able to juggle her personal life with her career.

Below, we've rounded up some of the most notable examples in recent memory, in which female celebs squarely reminded reporters of their implied sexism.

1. Lena Dunham took down a reporter who didn't "get" the purpose of the nudity in "Girls"

At 2014's Television Critics Association winter press tour, The Wrap's Tim Molloy asked Dunham about why there was so much nudity in her show.

Molloy: “I don’t get the purpose of all of the nudity on the show, by you particularly, and I feel like I’m walking into a trap where you go. Nobody complains about the nudity on 'Game of Thrones,’ but I get why they are doing it. They are doing it to be salacious and, you know, titillate people. And your character is often naked just at random times for no reason.”

Dunham: “It’s because it’s a realistic expression of what it’s like to be alive, and I totally get it. If you are not into me, that’s your problem, and you are going to have to kind of work that out with whatever professionals you’ve hired.”

2. Scarlett Johansson called out a reporter at a press conference for dumbing down his questions for her

At a 2012 press conference in London for "Avengers," Johansson observed that her male "Avengers" co-star Robert Downey Jr. was  getting all the thought-provoking "existential questions," while she was just left with the scraps.

Reporter: “I have a question to Robert and to Scarlett. Firstly to Robert, throughout 'Iron Man 1 and 2,' Tony Stark started off as a very egotistical character but learns how to fight as a team. And so how did you approach this role, bearing in mind that kind of maturity as a human being when it comes to the Tony Stark character, and did you learn anything throughout the three movies that you made? And to Scarlett, to get into shape for Black Widow did you have anything special to do in terms of the diet, like did you have to eat any specific food, or that sort of thing?”

Johansson: “How come you get the really interesting existential question, and I get the like, 'rabbit food' question?”

3. Laverne Cox masterfully shut down an invasive question about whether she had breast implants

Appearing on "The Wendy Williams Show" in 2014, Cox was hit with a host of ignorant questions about being trans. Then, things got gross when Williams asked Cox whether or not she had breast implants.

Cox: "Off camera I can talk to you but I've chosen not to talk about any of the stuff I've gotten done because I think so often trans people's experiences are talked about, we far too often focus on surgery and transition, so I don't talk about that."

4. Keira Knightley fired back at a reporter who wanted to know how she balanced her career with her personal life

Keira Knightley received a Hollywood Film Award for Best Supporting Actress in "The Imitation Game" and was asked by the press backstage how she was able to balance her career with her person life.

Reporter: "How do you balance your career and having a personal life?"

Knightley: "Um...Are you going to ask all the men that tonight?"

5. Rihanna stopped a reporter who assumed she was "on the market"

During her Rogue Man fragrance launch in Atlanta, Rihanna stopped a reporter when she asked her what she was looking for in her next man.

Reporter: "What are you looking for in a man -- to wear this cologne?"

Rihanna: "Pardon? I'm not looking for a man. Let's start there."

6. Hillary Clinton reminded a moderator that she was at a panel to talk politics -- not her personal fashion choices

Back in 2010, Clinton did a "townterview" in Bishkek, Kyrgyzstan for an audience of students. She answered mostly questions about Kyrgyzstani issues. Then, just moments after giving a  young lawyer in the audience advice on combatting sexism in the workplace, she was asked about design preferences by the moderator.

Moderator: "Okay. Which designers do you prefer?"

Clinton: "What designers of clothes?"

Clinton: "Would you ever ask a man that question?"

Red carpet commentators caught up with Bialik at the 20th Annual SAG Awards red carpet before the show. One of them tried to make some small talk with the nominee, observing that, hey!, she plays a neuroscientist on the show and is a woman IRL. He didn't consider that she may have formal training outside that role.

Reporter: "Being on the 'Big Bang Theory,' how many people -- not that you aren't a genius -- think that you can solve calculus at the drop of a hat?"

Bialik: "Ummm...I was actually trained in calculus. For several years. I'm a neuroscientist."