"He is willfully and actively and knowingly not doing anything," he told Megyn Kelly on Thursday 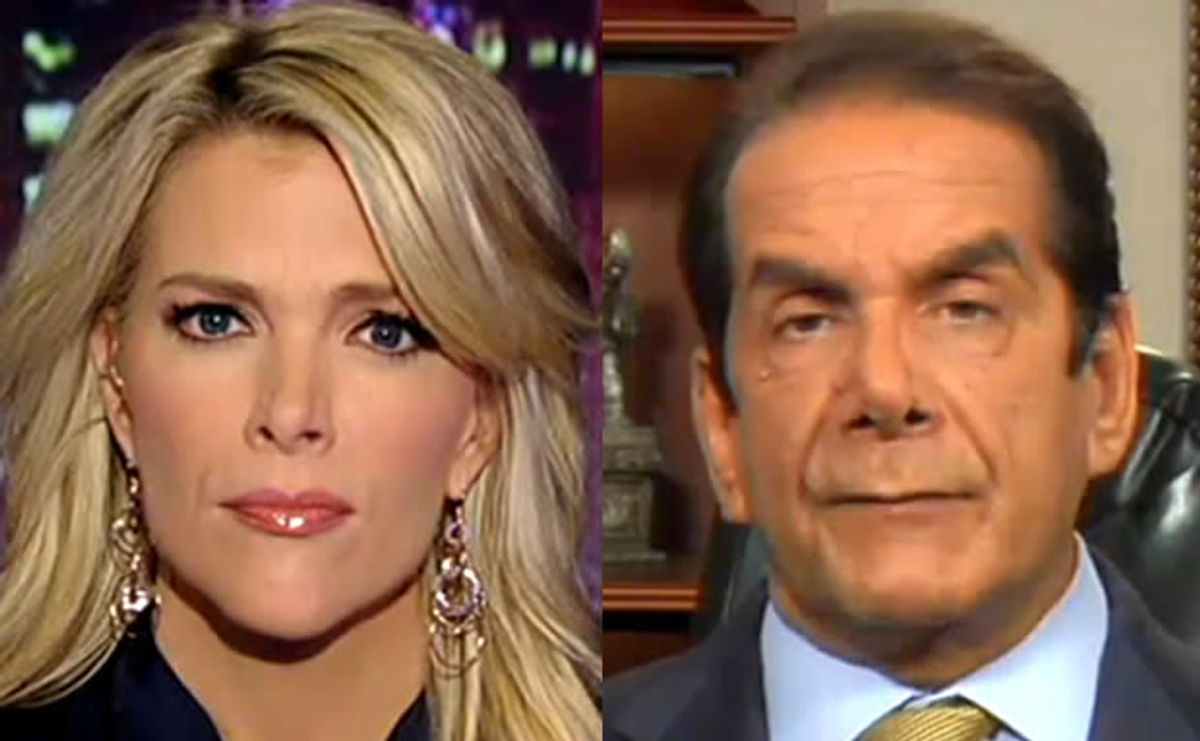 "There is no denying that [the president's] strategy is an abject failure," Krauthammer argued, so much so that "you have to wonder how serious the president is about it in the first place."

And wonder he did, noting that there have only been 135 air strikes in Ramadi, whereas in the 1999 offensive in Kosovo, the United States was averaging 10,000 sorties a month.

"This is not serious -- this is for show," Krauthammer said. "This is for the president to pretend that he's doing something, when actually, he is willfully and actively and knowingly not doing anything."

Kelly replied that the administration is attempting to appeal to those who do not want to launch another 2003 Iraq invasion, but that those on both the left and the right are tentatively suggesting that while "we don't have to go that far, we do have to make a decision on the road we're on now, or it's going to come back to haunt us."

Krauthammer agreed, pointing out that ISIS is a legitimate state that will be training terror operatives to strike against the United States. "This is al Qaeda on steroids," he added.