Neil deGrasse Tyson gets democracy all wrong: We don't deserve the one we get -- we get the one elites give us

The "Cosmos" host blames the American electorate for our failed policies. If only it were that simple 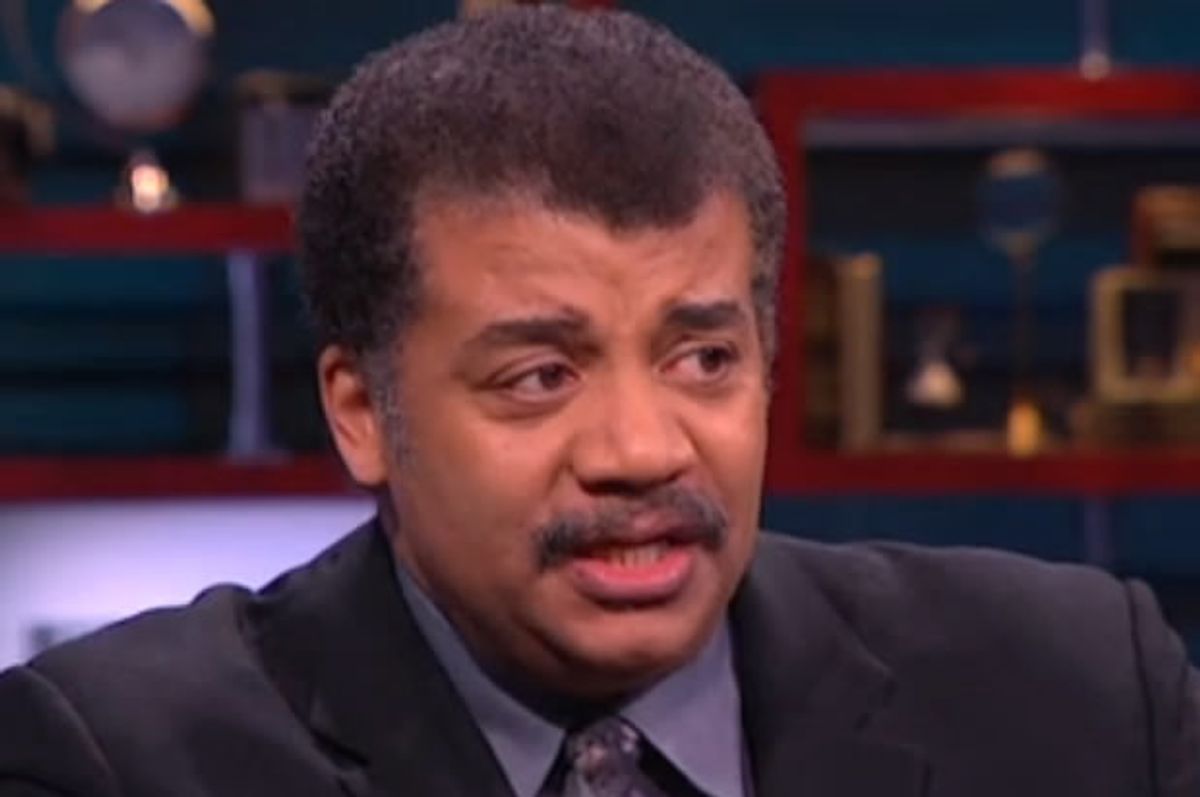 Recently at a graduation ceremony for seniors at the University of Massachusetts Amherst, the typically brilliant scientist and public commentator Neil deGrasse Tyson delivered a not-so-smart thought:

This statement couldn’t be any more false, the logic any more toxic. It’s a sentiment that dates back centuries but was most famously summed up by the 18th-century French writer Joseph de Maistre, who said, “In a democracy people get the leaders they deserve.” It’s a popular cliche. There’s only one problem: decades of research tells us it’s untrue.

It would be true, of course, if “democracy” existed in a frictionless vacuum. But it doesn’t. Any democracy coupled with unfettered capitalism will not, by definition, be a healthy one; the mechanisms of this democracy will invariably be corrupted by the forces of power and information asymmetry. At best it’s a cute-sounding tautology, at worst it perpetuates a cycle of victim-blaming that makes addressing the true problems with our political system that much more difficult.

In a study published last year, two Princeton researchers, Martin Gilens and Benjamin I. Page, found that “the preferences of economic elites” have “far more independent impact upon policy change that the preferences of the average citizens do." The study, according to TPM, found:

"The central point that emerges from our research is that economic elites and organized groups representing business interests have substantial independent impacts on U.S. government policy," they write, "while mass-based interest groups and average citizens have little or no independent influence."

This conclusion is consistent with dozens of other studies that also chart the way inequality renders the United States a democracy in name only. So when deGrass Tyson says “ the politician is a representative of an electorate,” I’m left to ask: what planet is he living on? While in the most literal-minded sense that’s true, it ignores the glaringly superficial nature of the process as it exists. When the voter is given two options that have been hand-picked by our corporate and political elites, the notion of representation is a cosmetic one.

It not only ignores the corrupting influences of money, it also takes no account for the $11 billion a year public relations industry that sets out to manipulate people by design, almost always towards the interests of the elites.

The father of public relations, Edward Bernays, in his seminal 1928 book Propaganda, spelled it out in no uncertain terms:

“The conscious and intelligent manipulation of the organized habits and opinions of the masses is an important element in democratic society. Those who manipulate this unseen mechanism of society constitute an invisible government which is the true ruling power of our country.”

While Bernays was no doubt overplaying his hand, there is a great deal of truth to this. The rise of cigarettes, the demonization of unions, the Iraq War, the myth of tort abuse: all of these are products of billions in propaganda designed to manipulate the masses to sell an agenda that ultimately serves the interests of the 1%. How is this factored into the idealized logic of “we get the government we deserve”? Can the same be said for the people of Saudi Arabia? North Korea? Surely at some point the word “deserve” requires a real choice, rather than the post-Buckley, post-Citizens United charade we call contemporary American electoral politics.

The fact is the American electorate, no matter how tempting it becomes to call them stupid, credulous, and lazy, are largely victims. They’re victims of sophisticated mechanisms of propaganda that have been finely tuned for generations. They’re victims of an entrenched capitalist system that has hijacked our institutions of democracy from city halls to Capitol Hill. Both candidates for president, to even stand a chance, must spend roughly $2.5 billion each.

This means, to even be considered to represent "the people,” they must have met the pre-approval of the super wealthy who comprise the vast majority of the donor base by dollar amount. This isn’t a government the people “deserve," any more than $7.25 an hour for a McDonald’s employee is the wage they deserve. It compels us to blame our fellow citizens rather than the ruling elite who are the true source of our political impotence. And this, of course, is exactly what they want us to do.