A lifetime of wandering in the dark 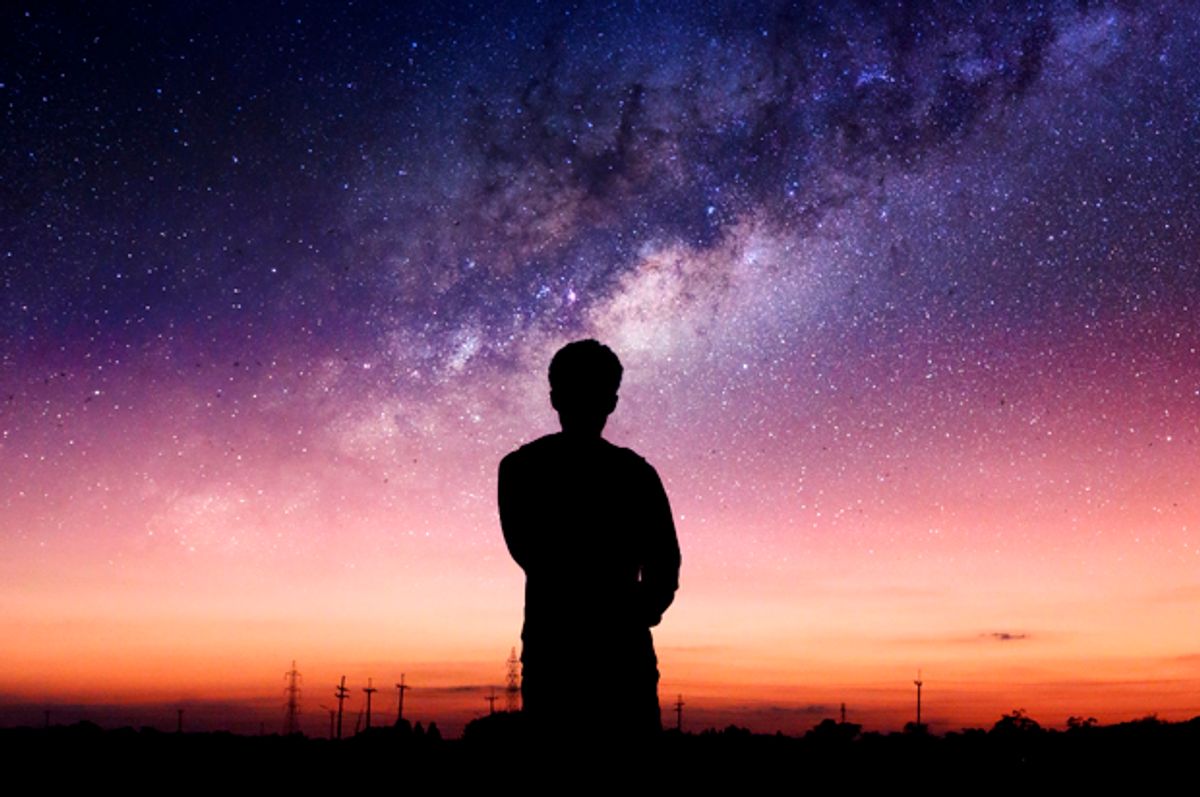 I’ve been wandering around outside in the dark at night for over half a century now. Some inner alarm goes off around 2 a.m. and I’m out the door for an hour or more before heading back to bed. Weather is never an issue—although I make a point not to walk in hard rain. It’s been like that ever since I was a child.

It never occurred to my parents to forbid me from wandering in the dark. What child even needs a rule like that? Only once, when I was 10, was I caught coming home from one of my starry rambles on the golf course near our house. I pretended to be sleepwalking and, amazingly, my mother believed the lie. Or perhaps she only chose to believe. After all, I was wearing shoes. It was probably simpler than asking herself what aberrant, possibly antisocial, behavior her son had been up to in the middle of the night.

But it was never anything like that—just me, the dark, and the occasional lost golf ball. Invisible by daylight, these were effortless to pick out on my nightly wanderings, as if by some sympathetic magic of color and texture a golf ball was most perfectly visible by the moon.

I knew, of course, that bad things could happen to a boy in northern Alabama in the middle of the night. But there was less ambient fear to pollute the cultural imagination in those days. No "Dexter." No "C.S.I." No media machine to transform terrible but distant events into a nightly festival of anxiety while pretending to inform. My only enemies were the front doorknob, which rattled, and the family dog, who would growl unless spoken to in the dark.

There was nothing inherently dangerous about the night. There might well be criminals in it, I realized, but logic told me that even they were afraid of the dark. And I never was. I was the contented outlier, too far off the cultural spectrum to cross paths even with the more sinister elements of the night. I was at home in the dark in a way they never would be. These were the best hours. The magical hours. I had no language for it then. Later I learned that these were the hours when Jesus prayed, the Psalms and the Quran were written, and the Buddha was enlightened just by gazing at a star.

I walked all through high school in the hills north of Atlanta, and then through college atop a pitch-black plateau in rural Tennessee. In the myths of most cultures, the darkness is a woman. A mother or a lover, she is sometimes also described as a lunar “lost twin”—the other, neglected, side of our waking reality. As a boy, alone at night, I could feel her in the darkness against my skin.

I spent the '80s wandering the grounds of a Buddhist monastery in the Catskills where all the lights, even the candles, were put out every evening at dusk. But I rarely walked at night in Manhattan when I lived there in the early '90s. Not because it was dangerous, but because it wasn’t dark. I stayed indoors with the blinds shut tight and confined my wanderings to a set of prayer beads, the sole relic of my years as a monk.

The city was a hardship, but it taught me that darkness, that diminishing resource in modern life, could still be cultivated as a state of mind. It could still be had in prayer or meditation. Darkness was the reason people studied yoga, practiced mindfulness, or lay on a couch talking to an analyst in a dimly lit room—all of which I tried. It was a way of pulling the plug on a billion-watt culture that left no shadows, and therefore no solace, for the soul to retreat to in modern life.

That “cultivated” darkness sustained me for a half dozen years, but eventually I had to get back to the literal dark. My wife and I bought a house at the end of a long driveway on a shadowy road in Woodstock, N.Y., when we were expecting our second child, and soon I was walking again at night.

I’d been following the same three-mile route for 20 years when a peculiar thing happened. I normally don’t walk to the bottom of our road because it ends at a streetlight. But that night, for some reason, the light was out.

In a lifetime of wandering at night I have seen some mysterious things. “At the time of night-prayer,” says the poet Rumi, “the spirit sees astounding beings, turtles turned to men, men turned to angels, when sleep erases the banal.” I’ve met owls who “talked” and bears who might as well have been men the way they fell in step beside me. I met the ghost of my neighbor, a famous rock 'n' roll musician, one night when I stopped in his driveway to capture the music of spring peepers on my phone. Over the years I’ve learned that just about anything that seems impossible by daylight becomes almost probable in the dark.

That night when I had walked as far as the burned-out streetlight, I saw something I had never noticed by daylight because it is only “visible” at night. It wasn’t so much the town golf course, which I’d driven past tens of thousands of times in 20 years—it was the densely black darkness of the course. The light from the streetlamp had always blocked it from view on my nightly walks, so I had never realized that, where darkness is concerned, the road I live on now is identical to the one I grew up on. Only the name has changed.

It was just as I was having that thought that a white ball rolled from the grass like it had been nudged by some invisible golfer’s shoe—as though the darkness had cheated reality a bit in order to make a point.

Maybe it was the part of me that has never fully grown up, or never wanted to, but after all these years of wandering in the dark, it felt like I had finally won something. A kind of prize. Or maybe I had gotten away with something. I picked up the golf ball and headed home. It was like pocketing the moon.

Clark Strand is the author, most recently, of “Waking Up to the Dark,” published in April by Spiegel & Grau.