"We are up to something big": Silk Road discovers Bitcoin

Drugs were the easy part for Silk Road -- finding a way to sell them online was harder. Enter Bitcoin 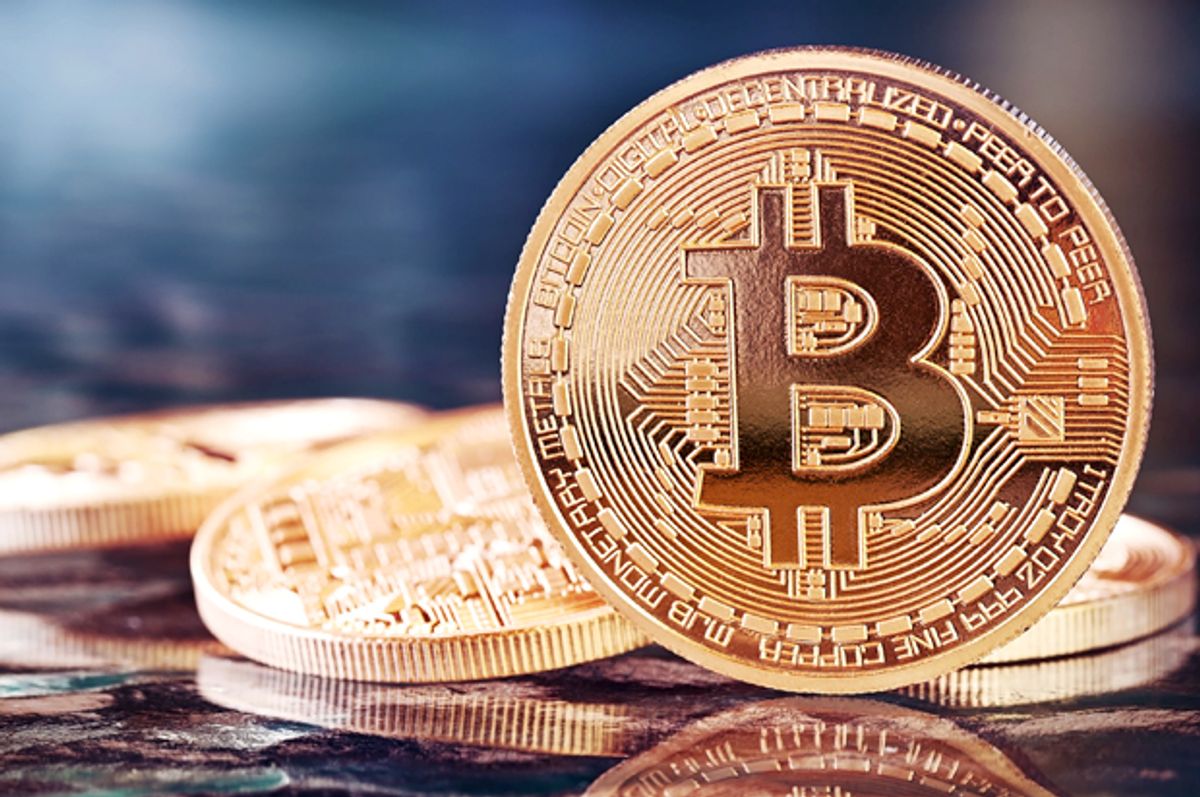 Excerpted from "Digital Gold: Bitcoin and the Inside Story of the Misfits and Millionaires Trying to Reinvent Money"

The possibilities for using Bitcoin in the real world had not progressed much since NewLibertyStandard’s offer of SpongeBob SquarePants stickers. Mark Karpeles was still taking Bitcoin for his web-hosting services and a farmer in Massachusetts was selling alpaca socks. But the range of products available for Bitcoin expanded in a dramatic way a few days before the price of Bitcoin shot from around 50 cents to above $1 for the first time, when an unassuming post on the Bitcoin forum heralded the next wave of Bitcoin commerce.

“Has anyone seen Silk Road yet? It’s kind of like an anonymous amazon.com. I don’t think they have heroin on there, but they are selling other stuff.”

The posting was made by someone who went by the screenname altoid. In real life, he was Ross Ulbricht, a 6-foot-2 surfer-cum-scientist who had been planning Silk Road for months when he put his innocent-sounding post on the forum.

For Ross, a fun-loving, well-educated twenty-six-year-old, the creation of Silk Road had begun in earnest in July 2010 when he had sold a cheap house in Pennsylvania that he’d acquired while he was a graduate student there. With the $30,000 from the sale, Ross rented a cabin about an hour from his home in Austin, Texas. He also purchased petri dishes, humidifiers, and thermometers, along with peat, verm, gypsum, and a copy of The Construction and Operation of Clandestine Drug Laboratories, by Jack B. Nimble.

The psychedelic mushroom lab he set up in the cabin was not created with the intent of enabling Ross to become a petty drug dealer. He had much grander visions of his life than that. From the time he sold the house in Pennsylvania, he knew he wanted to set up a new kind of online market, where people could buy all the things that aren’t available on ordinary online markets.

This unusual and dangerous business concept was the product of the idiosyncratic mixture of influences that had shaped Ross’s mind. His parents had been hippies of sorts, taking him on vacations to Costa Rica, where his father taught him to surf. His curiosity about and penchant for the outdoors had later helped turn him into a seeker, looking for ways to free his mind and achieve oneness through Eastern philosophy and designer drugs. Ross came from Texas, and his search for freedom led him to some of the thinkers on the border between libertarian thought and anarchism—the same philosophers who had influenced many of the Cypherpunks—and he came to believe that the ultimate hurdle to personal freedom was government. At Penn State, he had the unique distinction of being a member of both the campus libertarians and the West African drumming ensemble. He would describe his ideological awakening in spiritual terms.

“Everywhere I looked I saw the State, and the horrible withering effects it had on the human spirit,” Ross would say. “It was horribly depressing. Like waking from a restless dream to find yourself in a cage with no way out.”

In Austin, Ross did not tell anyone about the new marketplace he was working on, but he did give some indication of what he was after on his LinkedIn page, where he wrote, in broad terms, that he was “creating an economic simulation to give people a first-hand experience of what it would be like to live in a world without the systemic use of force.”

Initially, he called the project Underground Brokers, but soon enough he settled on a more enticing name: Silk Road. The mushrooms growing in the cabin were going to be just the first product, so something would be available for purchase when the site opened—and he soon had big black trash bags full of them.

In building Silk Road, the drugs were the easy part. The harder part was finding a way to sell the drugs online, outside the watchful gaze of the authorities. The first necessary tool he’d discovered was software, known as Tor, which allowed people to obscure their location and identity when surfing the Web. It also allowed for websites to be set up behind a similar curtain of anonymity.

While Tor had been created by United States Naval Intelligence, to give dissidents and spies a way to communicate, it was based on ideas that had been developed by David Chaum and other cryptographers. Most Tor websites could be visited only by people using a Tor web browser. The web address that Ross posted on the Bitcoin forum for Silk Road—http://tydgccykixpbu6uz.onion—gave it away as a Tor site.

The second important tool that Ross had discovered was Bitcoin. With Tor alone, a customer wanting to buy Ross’s mushrooms could have visited Silk Road without being tracked. But assuming the customer didn’t want to pay by sending cash through the mail, all the other alternatives for making digital payments were easily tracked—as the Cypherpunks well knew. Ross saw that Bitcoin solved this problem. If a buyer paid for drugs with Bitcoin, the Bitcoin blockchain ledger would record coins moving, but the Bitcoin addresses on either end—a series of letters and numbers—would not include the names of the people involved in the transaction. Now the only identifying information about the buyer was the postal address where he or she asked to receive the drugs. And this was easy to game by providing anonymous post office boxes.

Ross had made his first post about Silk Road in the middle of a long-lasting thread on the Bitcoin forum, entitled “A Heroin Store,” which had been discussing the possibility of such a marketplace. Martti had chimed in a few months earlier, helpfully trying to think of ways to make it work. For him, the sticking point was how to get both sides of the transaction to trust each other enough to part with their Bitcoins and drugs.

The fact that Ross had figured out how to put all the pieces together was a minor miracle. Ross had studied physics in college and materials science in graduate school at Penn State. But he was only an amateur programmer and he had to learn the nuances of Tor and Bitcoin software as he went along, stumbling at many points. His ability to pull it off was a testament to his work ethic and business acumen. In response to Martti’s concern, he created an escrow service— essentially himself—to hold the Bitcoins of a customer until the drugs arrived in good condition, so the customer had some recourse if the pills or powder didn’t show up as expected. On the programming front, Ross managed to sweet-talk an old college friend, who was a more experienced programmer, into giving him lots of technical advice.

In addition to all this, though, Ross’s ability to get Silk Road up and running was a product of his sheer desperation at a difficult moment in his life. Two years earlier, Ross had abandoned graduate school—despite having already published several scientific papers—because he wanted to do bigger things with his life. The first things he tried all fell flat, including a used book store he was running at the time he put Silk Road online. This had been one of the first prolonged periods of struggle in a life that had otherwise been quite charmed. Ross had movie star looks that won him comparisons to the actor Robert Pattinson, and he had always had an easy time making friends, attracting women, having fun, and grabbing brass rings like his Eagle Scout badge and the graduate school fellowship. His failures after leaving graduate school had led him, by late 2010, to a crisis of confidence in which he turned away from his friends and broke up with his girlfriend for a spell.

“I felt ashamed of where my life was,” he wrote in the digital diary he kept on his laptop. “More and more my emotions and thoughts were ruling my life and my word was losing power.”

Silk Road was, in some sense, a last heave—a Hail Mary in the parlance of Ross’s football-mad hometown. By the time he got it open in late January, he had, by his own accounting, gone through $20,000 of the $30,000 he had to his name.

When Silk Road finally opened up to anyone with a Tor web browser it was a simple site, with pictures of Ross’s mushrooms next to their price in Bitcoin. At the top, there was a man in a turban riding a green camel, which would come to be the site’s trademark image. Within days, a few people signed up, and the first orders came in for Ross’s mushrooms. Soon thereafter, the first vendors joined in, offering to sell their own illegal wares. By the end of February, twenty-eight transactions had been made for products including LSD, mescaline, and ecstasy. Ross’s growing confidence was evident from a message he posted on the Bitcoin forum from his new screen name: silkroad.

“The general mood of this community is that we are up to something big, something that can really shake things up. Bitcoin and Tor are revolutionary and sites like Silk Road are just the beginning,” he wrote on the forum.

In his own diary, Ross was more frank: “I am creating a year of prosperity and power beyond what I have ever experienced before.”