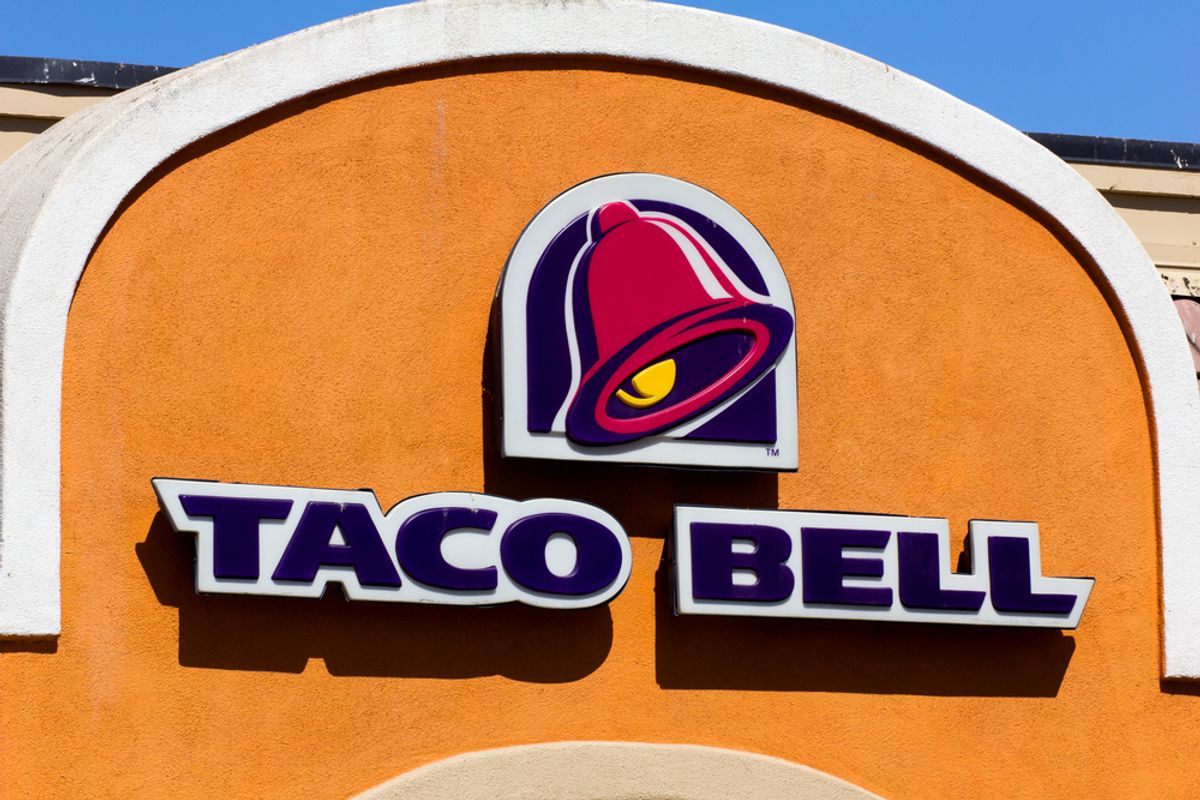 Hot on the trail of "reformed" food chains like Panera and Chipotle, the late night favorite announced Tuesday that it's removing artificial ingredients from its food by the end of 2015, and replacing them all with "natural alternatives." (Pizza Hut, which is also owned by Yum Brands and which has come up with some monstrous creations of its own, is participating in the purge as well.)

Let's leave aside, for a moment, the irony of the chain that brought us "Fourth Meal" now asserting that "less is más." The more pertinent question is how fully committed Taco Bell is to disavowing its decidedly unnatural offerings, like a taco made with "real Doritos." The answer, alas, is "not at all": BuzzFeed News reports that co-branded foods, like Doritos Locos tacos and Cap'n Crunch Delights doughnut holes, will not be reformulated. Sodas, too, are off the hook.

Otherwise, though, the company appears to be eliminating anything consumers might view as suspicious from its ingredients list in one fell swoop. Some of these changes definitely sound like good ideas: added trans fats are out, as is high fructose corn syrup  -- although that, of course may still be found in beverages, andmay not be any worse for your health than sugar. It's also ditching "unsustainable" palm oil, the cultivation of which is helping to destroy the rainforests. But food scientists have been known to question the logic of removing all artificial colors and flavoring; particularly, they reject the implication that doing so somehow makes food more nutritious. While it's never a bad idea to simplify ingredients, it's important to remember that removing artificial additives won't just magically transform Taco Bell into a health foods emporium -- and that "natural" additives can be worse for your health than their lab-concocted counterparts.

Taco Bell seemed to get that. Before today, it was firmly in the "just because you can't pronounce the name of an additive doesn't mean it's bad for you" camp. Last summer, it gained a fair amount of media buzz for launching a new section of its website (now defunct) that sought to demystify the more scary-sounding items on its ingredients list. It wouldn't be too cynical to suggest that the company's to come to the realization that customers don't really want to be educated -- Liz Matthews, Taco Bell’s Chief Food Innovation Officer, spelled it out: "There are things that are good and things that are bad, and that’s not for us to debate,” she told BuzzFeed. “We’re just here to listen to our customers and they want less in their food and they want simpler ingredients and that’s what we’re doing.”

Taco Bell CEO Brian Niccol put a bit more of a sales spin on the concept. “I want people to know that when they choose a chalupa, they can feel great about choosing that chalupa because it’s affordable, it’s craveable and we put the highest-quality food out there for them to enjoy,” he told Bloomberg Business. Presumably, he said that with a straight face.