This champion gave the greatest "Final Jeopardy" answer ever

Choyon Manjrekar is just the right amount of Broadway geek 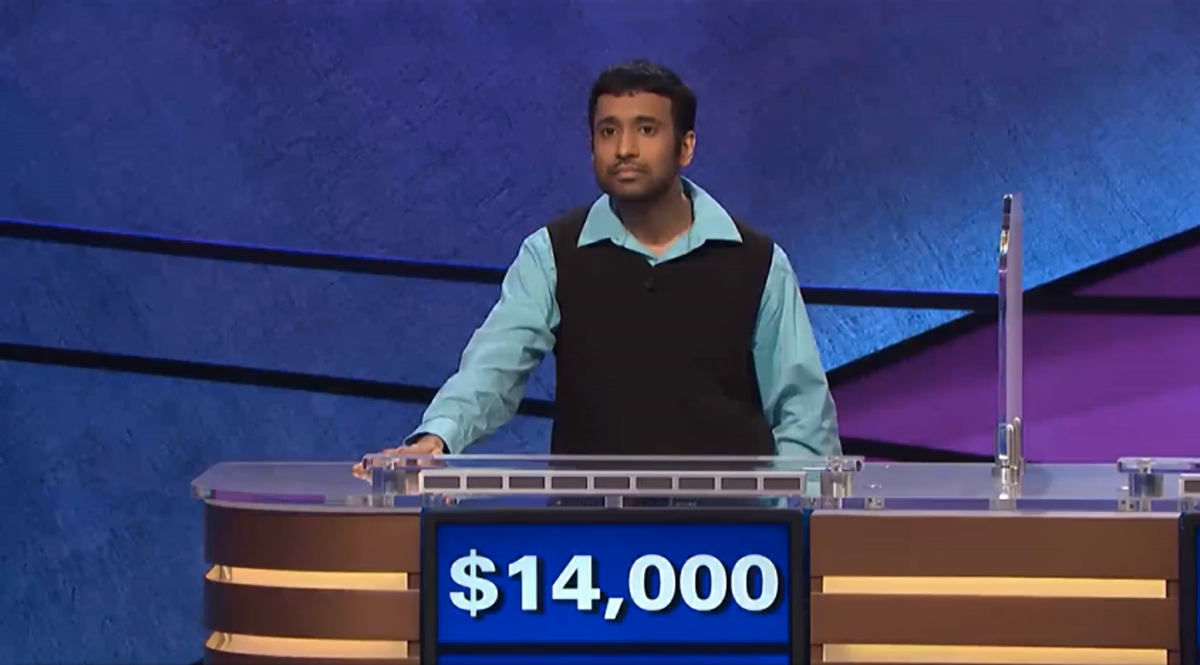 Monday evening's Jeopardy! champion Choyon Manjrekar had such an enormous lead that he figured he didn't have much to lose when he entered the final round. So, he decided to wager $0 and win our hearts. Manjrekar didn't know the answer, so he decided to be hilarious: The correct answer is "Rock of Ages," this tacky-as-hell New Jersey rock revival of Mamma Mia! (Not actually.)