TLC has pulled the show from its schedule, but has not yet cancelled it 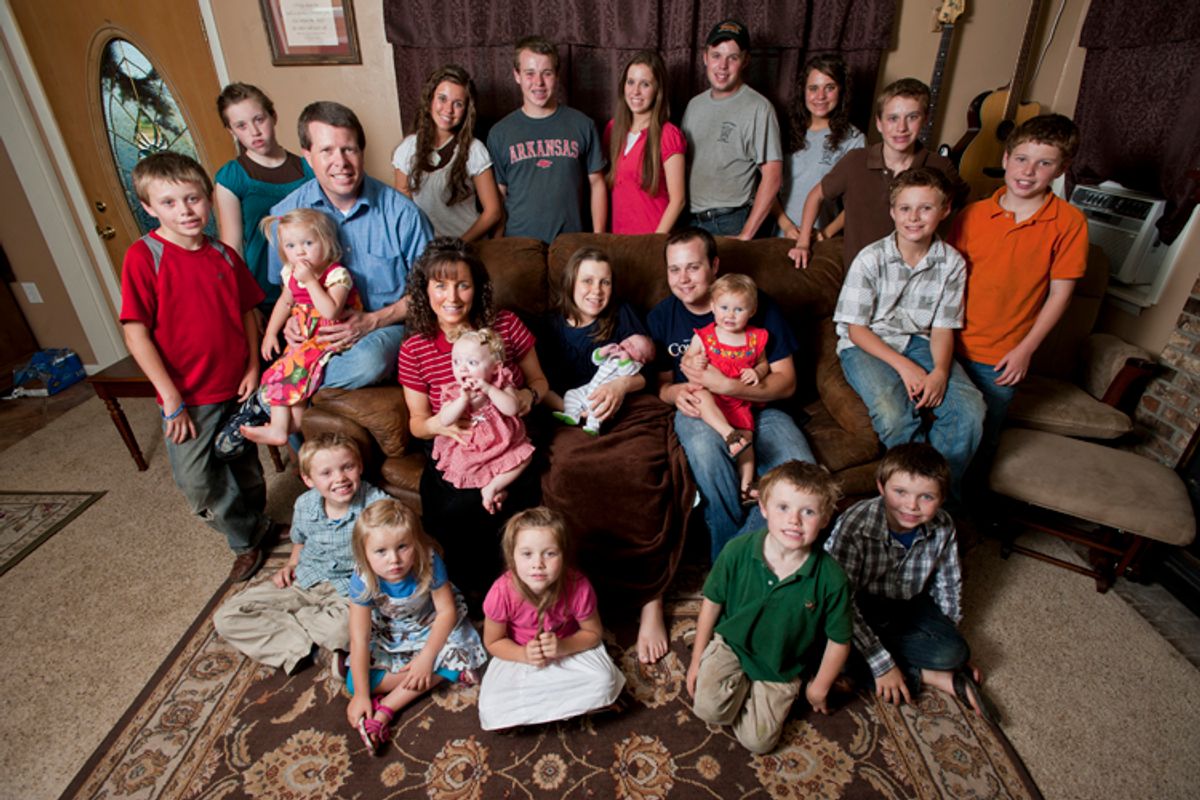 Advertising are fleeing TLC's "19 Kids and Counting" in the wake of revelations that Josh Duggar molested his younger sisters 12 years ago and that his father, Jim Bob, used his connections with local law enforcement to have the matter hushed.

According to The Hollywood Reporter, both Choice Hotels and Payless ShoeSource continued to run ads after the allegations surfaced, but in a tweet, Payless claimed the commercials were "part of a larger buy with TLC," and that the company is "taking steps to have them removed from future episodes."

The reason for Payless' qualification is that while a planned "19 Kids and Counting" marathon was pulled last week, TLC has yet to cancel one of its most popular shows. In a statement released Friday, the network merely said that "[e]ffective immediately, TLC has pulled all episodes of '19 Kids and Counting' currently from the air. We are deeply saddened and troubled by this heartbreaking situation, and our thoughts and prayers are with the family and victims at this difficult time."

General Mills has also pulled advertising from "19 Kids and Counting," as has Walgreens -- even though it initially wavered, saying it would "monitor the situation."

Although Josh Duggar has forgiven himself -- and, according to his defenders, Jesus has forgiven him too -- it remains to be seen whether the network that launched the Quiverfull family into the national spotlight will be as generous.