Climate school hits home: Why warming's impacts will be so much worse than deniers believe 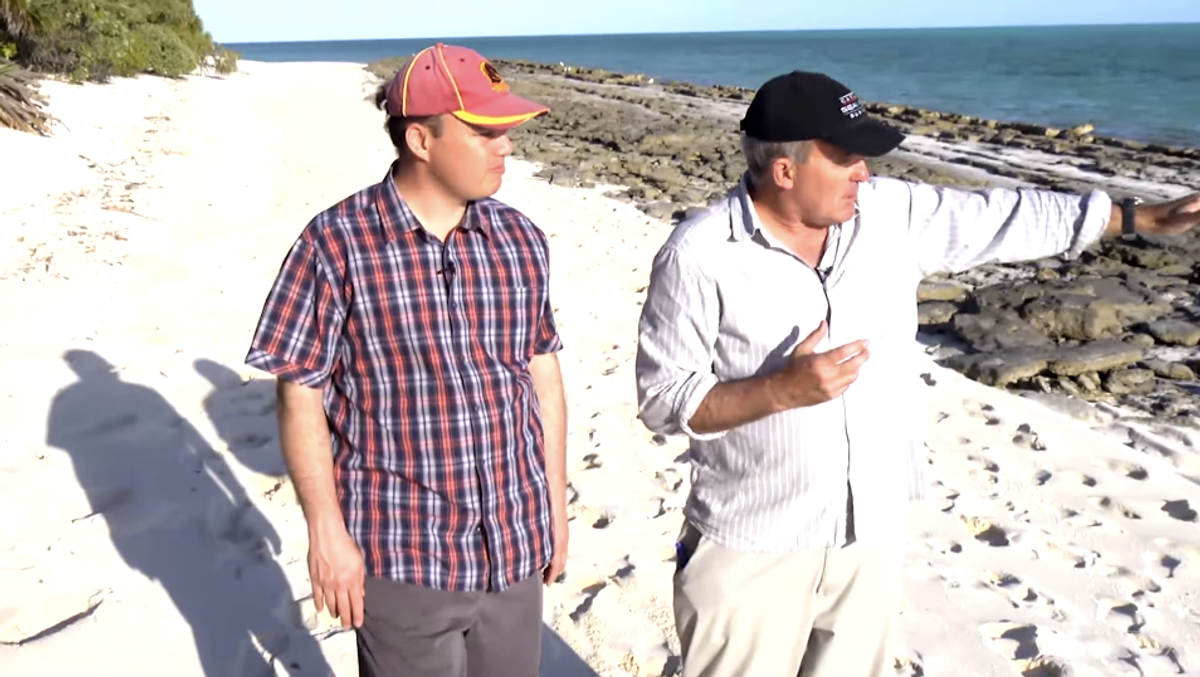 Climate denial school can be a scary place. Those crazy, totally anti-science myths we've been discussing week after week in Denial101x keep popping up in the real world, and in recent weeks were spotted everywhere from Judith Curry's blog to Australia's federal government.

And it just got even scarier. Because this week, we delved into the real-world implications of human-caused warming, from just how warm scientists believe the planet's going to get, to the ways that the environment, wildlife and human society will suffer as a result. Five weeks in, we're getting to the heart of why it's so important to fight climate denial: the stakes are huge, and they are already affecting us today.

Climate deniers try to minimize the impact that a lot of the climate change-related phenomena discussed this week will have, which is why the interviews with experts this week are particularly striking. These are people who have looked closely at the data, and who understand better than any of us what we're in for. Watch their warnings closely, then try to tell yourself they're blowing this all out of proportion.

-There are the consequences of climate change we hear about a lot, like starving polar bears, and the ones that grab fewer headlines, like ocean acidification. This week's course tackled myths on both fronts. Polars bears, explains Dana Nuccitelli, aren't uniformly threatened by vanishing Arctic ice: their populations are in greatest danger in areas where sea ice is seasonal, or where it retreats from the shore during the summer. Populations that live in more stable regions are doing just fine, for now. But the myth that polar bears aren't in trouble because their numbers are greater now than they were in the 1970s makes little sense, Nuccitelli continues. In the past, their numbers dwindled as a result of other kinds of human activity, namely hunting. We regulated our way out of that crisis, but are failing to do the same for this new, worsening threat.

Rather than asserting that things that are in danger actually aren't, another pervasive myth holds that lifeforms harmed by climate change will be able to recover. Lecturer Ove Hoegh-Guldberg, whose lab has conducted research on the Great Barrier Reef, explains how that thinking plays out with coral reefs: they've withstood periods where the ocean's pH was too low in Earth's past, but it took them about 10 million years to bounce back. "Try telling the tour guides on the Great Barrier Reef that there's no need to worry about climate change," he scoffs, "because reefs will eventually come back in a few hundred generations."

These are the kind of situations where scientists tend to get real about the devastation they're seeing now and fear we'll see more of in the future, including the possibility of mass extinction:

-What can be said about the myth that climate change will be beneficial for society, other than it's perhaps the most dangerous of them all? Here, a whole slew of scientists discuss the very real, and often terrifying, implications of their research:

-When you talk about climate science, you're constantly having to make the distinction between weather and climate. But that doesn't mean the two aren't related -- or that climate change isn't having an impact on, for example, hurricanes. This isn't some "alarmist" theory, lecturer Peter Jacobs explains. In fact, much of our understanding of the climate change-hurricane connection comes from the work of Kerry Emanuel, a die-hard Republican and MIT scientist who regularly pisses off other conservatives by studying how hurricanes may become more destructive in a world warmed by humans. For example, storm surges: sure, they'd still occur even without climate change, but it's easy to picture how rising sea levels will cause them to become much worse:

Even a tiny bit of sea level rise, like the amount we'd achieved in New York by 2012, has an effect on a hurricanes' ultimate toll, Jacobs explains. One analysis found that it increased the damage caused by Superstorm Sandy by a full 30 percent, costing us an additional $8 billion. Rains and winds are expected to become heavier and faster with climate change as well.

The claims made by those who, unlike Emanuel, choose politics over science -- that hurricanes have always happened, or that recent periods in which hurricane activity was low suggest that storms are in no way related to climate change -- don't actually say anything about the climate change-hurricane connection at all.

-Try not to get too excited, climate deniers, but sometimes people do exaggerate certain risks. Andy Skuce, an independent geoscience consultant, explains that methane gas trapped in clathrates -- cages of water molecules below seabeds and the Arctic permafrost -- certainly sound worrisome: they contain more carbon than can be found in the entire atmosphere, and the release of a fraction of one percent of them would double the amount of methane, a greenhouse gas, in the atmosphere. However, he continues, it's probably going to take a long time, on the order of thousands of years, before the effects of climate change cause the large scale destabilization of the clathrates. Our time is better spent, for now, worrying about fossil fuels, which are already causing catastrophic warming on their own.