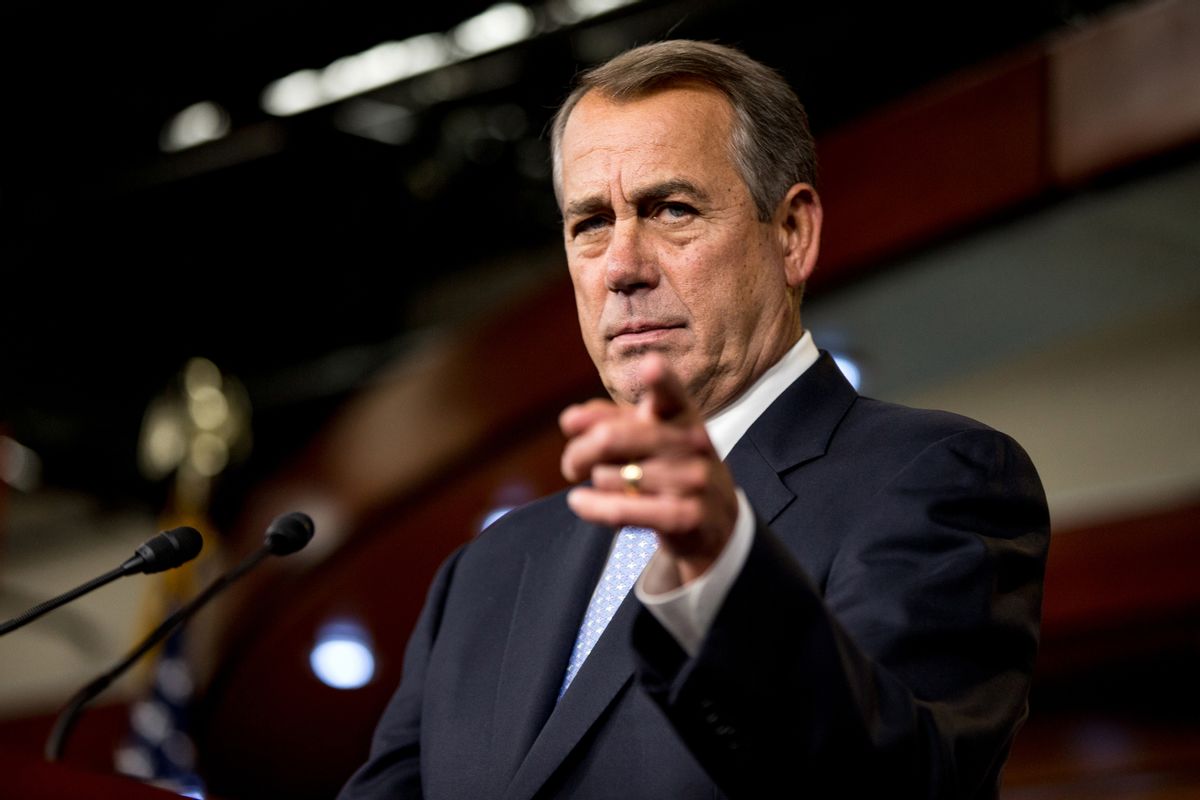 The EPA knew it was stepping onto a battlefield Wednesday when it released its final version of a rule aimed at protecting America's stream and wetlands, clearing up confusion inherent in the original Clean Water Act and allowing regulators to stop pollution from spreading to the larger waterways on which one in three Americans rely for drinking water.

And the agency was ready for the critics. “The only people with reason to oppose the rule," White House Senior Advisor Brian Deese told reporters on a press call Wednesday, "are polluters who knowingly threaten our clean water."

So who are those willful polluters? Congressional Republicans, along with a select group of Democrats from farm and energy-heavy states, who are already pushing legislation aimed at crippling the rule in both Houses. They're characterizing it, as they do most EPA regulations, as a "power grab" and an overreach, and are vowing to destroy it the same way, presumably, they want to be allowed to destroy waterways.

House Speaker John Boehner (R-Ohio) summed up the overwrought sentiment nicely in his reaction to the rule's release. “The administration’s decree to unilaterally expand federal authority is a raw and tyrannical power grab that will crush jobs,” he said. “These leaders know firsthand that the rule is being shoved down the throats of hardworking people with no input, and places landowners, small businesses, farmers, and manufacturers on the road to a regulatory and economic hell."

Sen. Deb Fischer (R-Neb.), who is sponsoring a bill with Sens. John Barrasso (R-Wyo.) and James Inhofe (R-Okla.) that would overturn the rule, called it "reckless and unwarranted" in a statement, and vowed to "work tirelessly to stop this expansion of federal control."

EPA Administrator Gina McCarthy, in announcing the rule this morning, in fact pointed out that the agency has received over one million public comments on the rule since it was proposed last year. And it was based, she emphasized, on the best available peer-reviewed science.

McCarthy also took care to stress that the rule has been changed from the proposed version to clarify that it does not apply to ditches or groundwater, and that agriculture will continue to be exempted. The rule "does not interfere with private property rights or address land use,” she elaborated. “It does not regulate any ditches unless they function as tributaries. It does not apply to groundwater or shallow subsurface water, copper tile drains or change policy on irrigation or water transfer.”

“Farmers, ranchers, and foresters are all original conservationists, and we recognize that,” McCarthy said.

Farmers are nonetheless some of the strongest opponents of the rule, along with other business interests New York Times identifies as "property developers, fertilizer and pesticide makers, oil and gas producers and a national association of golf course owners" -- again, polluters that, under the status quo, are getting away with it.

Those in favor of the rule, on the other hand? Aside from the usual groups interested in protecting the environment, which are all pretty thrilled, it's backed, per one poll, by 80 percent of voters and, per McCarthy, 80 percent of small business owners. Craft breweries are also big fans: “Beer is about 90 percent water, making local water supply quality and its characteristics, such as pH and mineral content, critical to brewing,” a coalition of beer companies wrote to the EPA in 2014.

President Obama, too, stood up for the rule Wednesday, asserting in a statement that it  “will provide the clarity and certainty businesses and industry need about which waters are protected by the Clean Water Act, and it will ensure polluters who knowingly threaten our waters can be held accountable.”