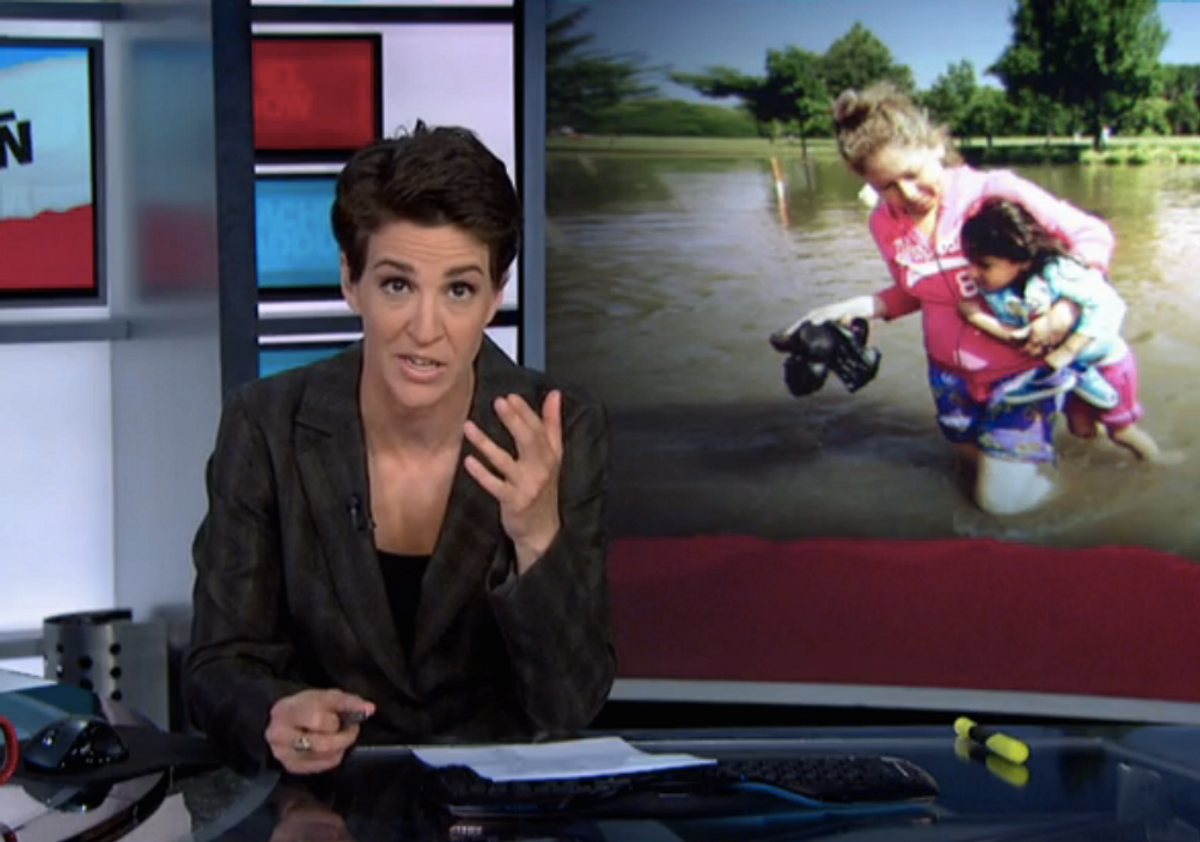 Yesterday my father texted my sister and me from Houston, where he lives and where I grew up, to check in and tell us about the flood.

"Just heard from one of the partners at my firm that our building has eight feet of water in the basement," he wrote. "No phone or electric. No email, no computer network. We are shut down for 2-3 days, says the building, and the partner thinks that is optimistic."

"Shit," my sister responded, "this is like when the roof flew off your personal office during the hurricane."

See, to Houstonians, the multiple feet of rainfall and subsequent inundation of standing water that occurred in the city over the weekend is somewhat normal. But that doesn't make it any less serious or terrifying, a point Rachel Maddow badly wanted to drive home on her show Tuesday night.

Maddow spoke with Houston Mayor Annise Parker about the city's infrastructure and plans for dealing with the flood, which has overwhelmed the Bayou City with major flooding and already left five people dead. Explaining the city's geography in the most generous terms possible (a bayou is not a "small river," but that's very sweet of Maddow to say), the MSNBC host broke down why we should probably be paying more attention to what's going on in Houston.

"Over Memorial Day weekend, Houston and Austin and whole swaths of Texas and Oklahoma started getting not just torrential rains like they've had the past couple of weeks, they started getting multiple inches of rain per hour," Maddow explained. "Hour after hour after hour."

To see what havoc is wrought by seemingly endless rain, watch Maddow's coverage of the Houston flooding below: