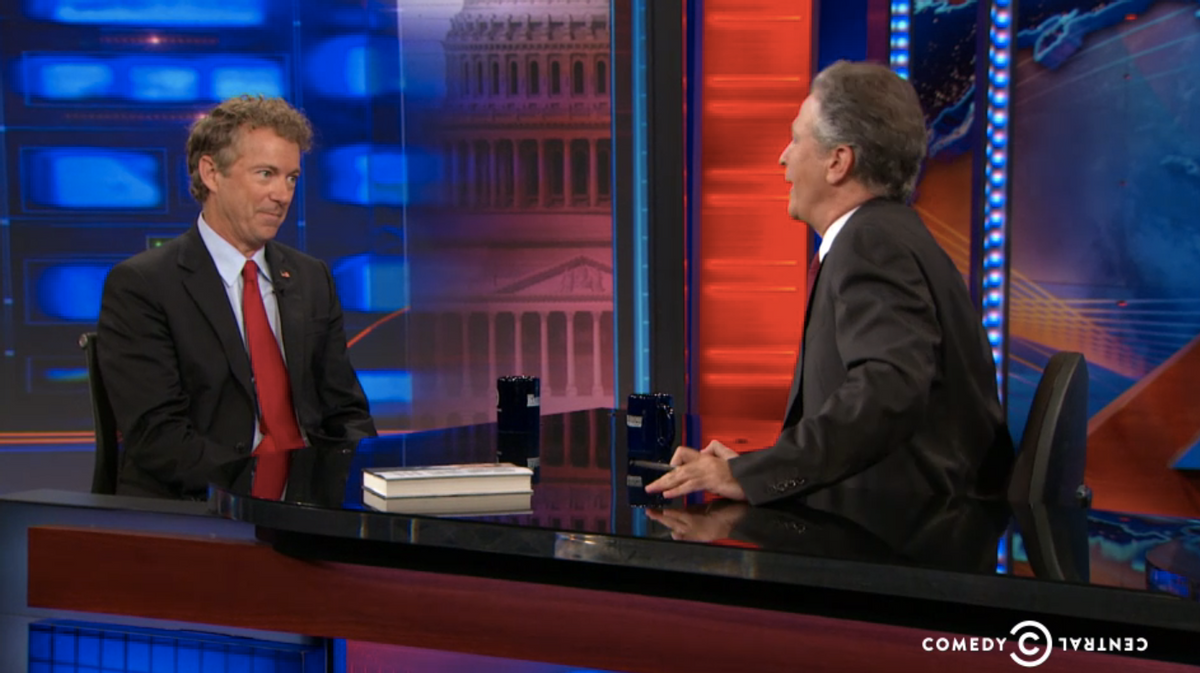 Jon Stewart returned from his week-long hiatus Tuesday night to sit down with Kentucky Senator and noted "free speech" champion, Rand Paul. The two-part interview gave Paul the chance to speak openly about the GOP's confusing stance on Big Government ("We don't like Big Government until we do like Big Government") -- particularly as it's manifested itself in issues of NSA and religious freedom over the last year.

“It seems like gay marriage looms a lot larger in the minds of certain conservatives than it does in the Bible,” Stewart said to the GOP hopeful Tuesday. “And the only thing I would say is, don’t they sell cakes to sinners all the time, adulterers?”

Stewart illustrated the disingenuity of Paul's stance by explaining that a bakery owner would never badger Paul about whether or not he'd "used the Lord's name in vain," prior to being helped. In a classic Paul move, the hopeful turned to the Patriot Act in his rebuttal.

“What I’ve been filibustering against is whether or not a warrant that has a corporation’s name on it [like] Verizon can collect all the records of all the people if corporations are people,” he said. “So we’re right back to the Patriot Act and I think we agree now.”