She appeals to what she believes is his love of beer and women in short skirts, but to no avail 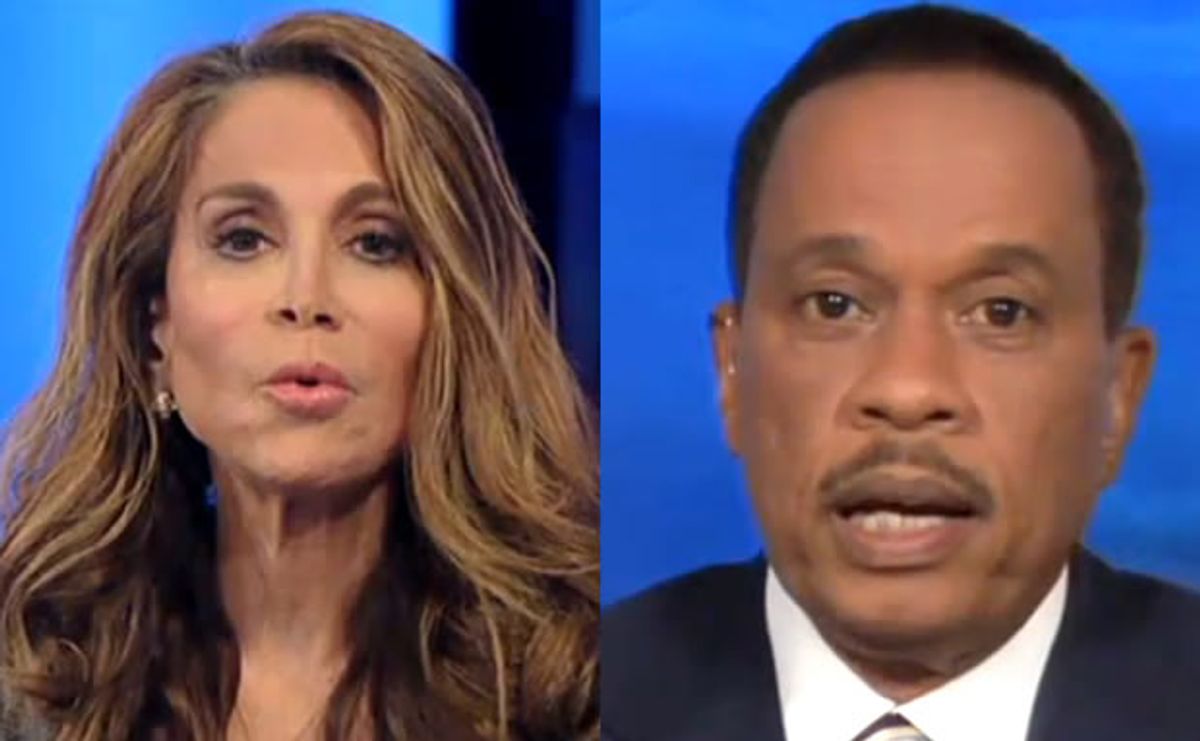 On "Hannity" Tuesday night, anti-Muslim advocate Pam Geller defended her plan to endanger the lives of innocent DC commuters by plastering an image of Muhammad on the side of buses and train stops.

Geller said she wants to showcase the winning entry in the "Draw the Prophet" contest that led to two deaths in Texas earlier this year "in order to show the American people what is being kept from them, what is being censored by the media."

"No one elected the media or the academia to be our proxy for freedom of speech," she added.

Hannity asked Fox News contributor Juan Williams why he would be opposed to this, to which Williams replied indignantly, "no one is saying you can't see this ad or cartoon! I think Ms. Geller is doing this intentionally to provoke a controversy, like what happened down in Texas."

Hannity interrupted him, asking "is it to provoke a controversy or to make a point, that you're allowed to speak out about freedom and religion?"

"Sean," Williams replied, "you said it at the beginning of this segment -- there's no ban on it in Washington DC or New York, where Ms. Geller went to court and won!"

She proceeded to attack statements Williams made about not wanting to fly on airplanes with people in Islamic garb, saying "for you to try to recover from that on my back, that's reprehensible."

When Hannity asked what she was talking about, Williams reminded him that his statement that seeing people in Muslim garb on airplanes makes him uncomfortable led to him being fired by National Public Radio.