Kappa Delta Rho has been disbanded for circulating images of unconscious, naked women without consent 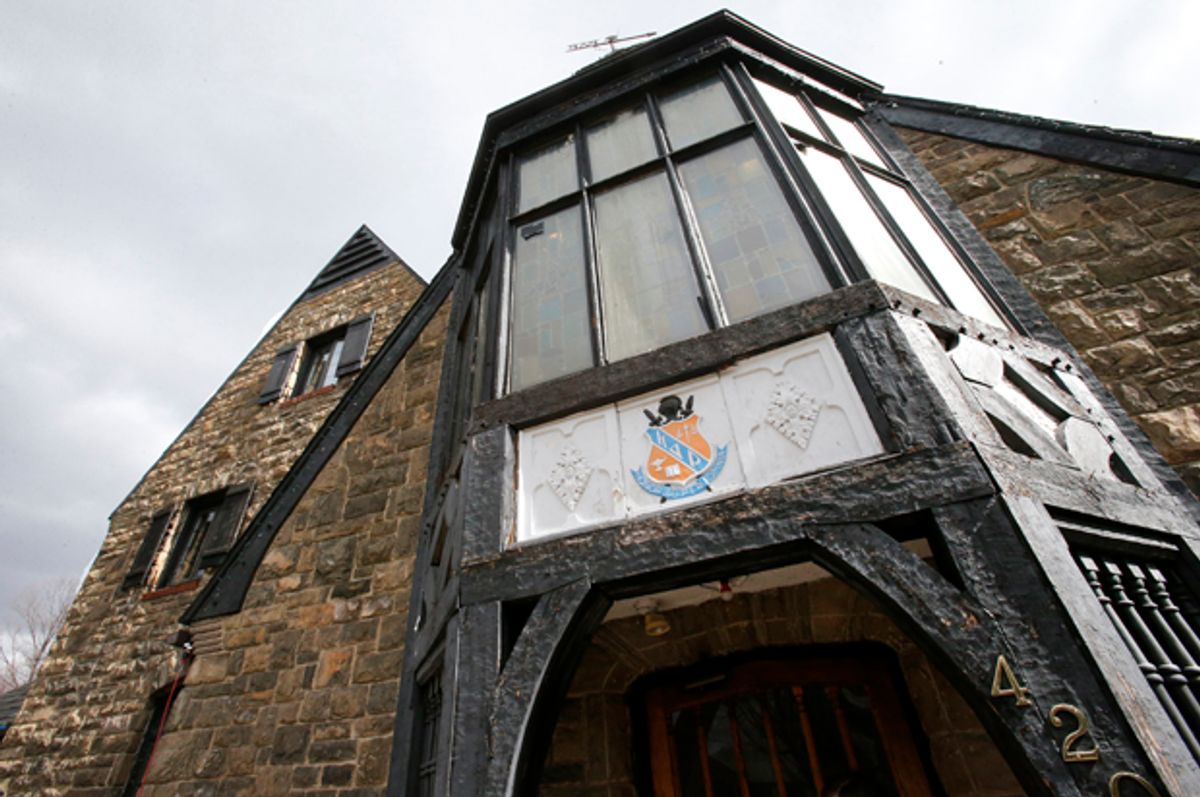 Penn State University announced on Tuesday that the Kappa Delta Rho fraternity will lose recognition from the school for the next three years, after the organization was busted earlier this year for circulating nude photos of unconscious women on Facebook.

The suspension comes after police and university investigations of the fraternity, which concluded that members not only posted the apparently nonconsensual images of partially dressed women online, but also engaged in "a persistent series of deeply troubling activities," according to a university statement. Reuters reports:

“The organizational misbehaviors is far more than the University can tolerate from a student organization that seeks its imprimatur,” vice president for Student Affairs Damon Sims said.

Sims said instances of physical and emotionally abusive hazing were uncovered during the investigation, including boxing matches set up between pledges, in addition to drug use and sales within the fraternity.

The school’s decision overrode the decision of the student-led Interfraternity Council, which sought for the organization to remain recognized while facing punishments. Sims said not all of the members were equally culpable for the activities.

Penn State has since acknowledged that it might be time for a reevaluation of its Greek life, and is joined by a number of campuses across the country in more closely scrutinizing the racist, sexist behaviors that often take place at fraternities.