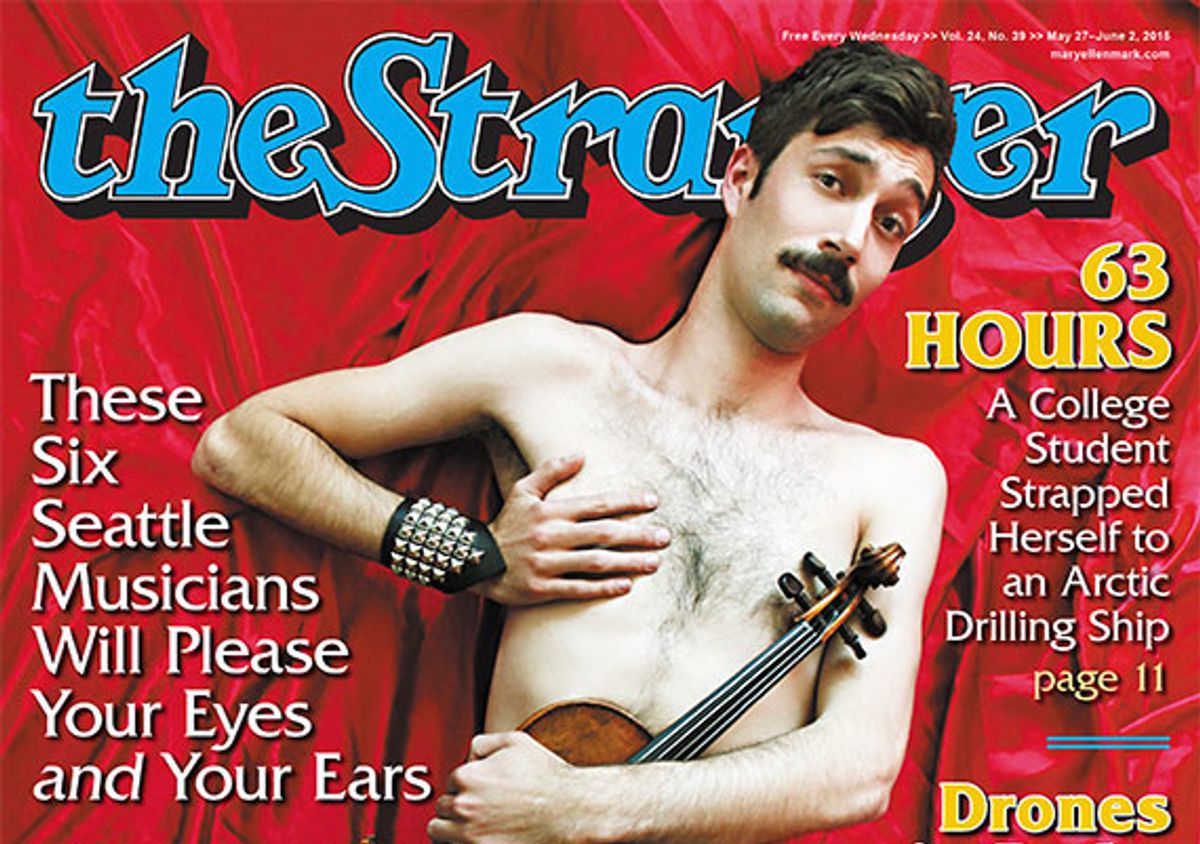 Sexism in the music industry has not disappeared since 2012, when Seattle alt-weekly The Stranger first published its brilliant "Men Who Rock" issue, and beautifully satirized the disparate treatment male and female musicians receive from the media. But, despite the fact that music journalists continue to be totally blown away by female performers' beauty regimens and their remarkable talent, there is good news: "Men Who Rock II" is a thing.

Brought together once again by feminist musicians Bree McKenna and Emily Nokes, the second edition of "Men Who Rock" also parodies Rolling Stone's "Women Who Rock!" issue -- and once again, the six male musicians they interviewed go all in making fun of media sexism. Here's a sample of McKenna and Nokes' spot-on mimicry of traditionally gendered commentary, about Seattle drummer Daniel Enders:

After chatting with Daniel, we were shocked to find that underneath that outrageously gorgeous mass of perfect brown curls, Daniel possess a wickedly adorable sense of humor. Not to be pigeonholed as a token male drummer, Daniel also enjoys shopping, astrology, and DJing around town with the fellas. Seattle musician Lisa Prank recently praised his improved technical abilities: "When I first saw Dan play, I thought he was just another pretty face in need of guitar lessons. But he must have gotten tips from Jenn Ghetto or something. He's gotten so much better! Wait, what instrument does he play again?"

As Bitch magazine noted when the first iteration of "Men Who Rock" was released, highlighting sexism by doubling down on objectification -- even when the gender dynamic is turned on its head -- might not be the best way to eradicate double standards. Still, the fact of how little has changed in three years merits a reminder that sexism is still rampant in the entertainment industry -- and that the feminists fighting it aren't just women, but male musicians too.

"Since there are so few men in the metal scene, it always feels nice to run into another one on tour where we can share stories," metal drummer Joe Grindo jokes in the issue. "I mean, it's a harsh world out there in the music scene; I constantly hear things like 'Wow, you're a pretty good drummer, for a dude.' Why can't I just be a 'pretty good drummer?!'"

Read the rest of the "Men Who Rock II" interviews at The Stranger.