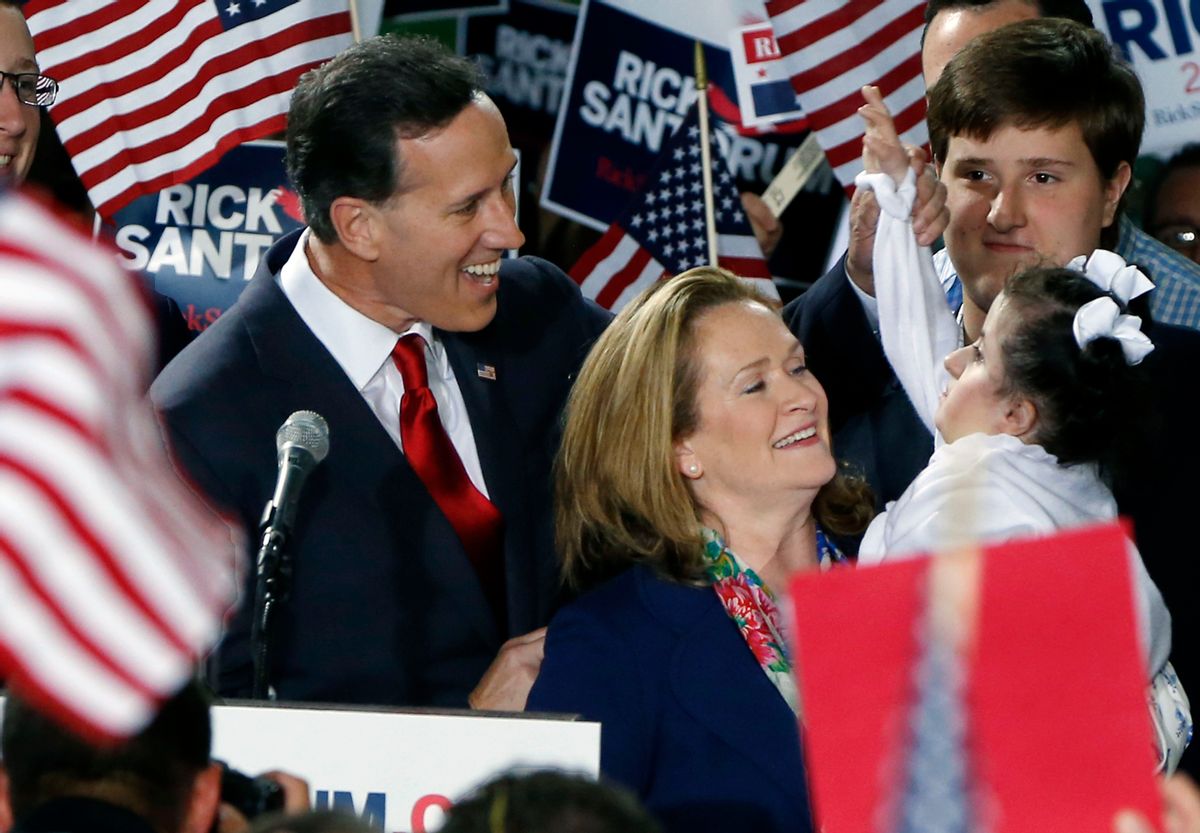 Former U.S. Sen. Rick Santorum, left, and his wife Karen, center, talk with his daughter Bella, right, as he announces his candidacy for the Republican nomination for President of the United States in the 2016 election on Wednesday, May 27, 2015 in Cabot, Pa. (AP Photo/Keith Srakocic) (AP)
--

1. FIFA PRESIDENT REMAINS ABOVE THE FRAY

Scandals and rumors of corruption have dogged soccer's governing body throughout Sepp Blatter's 17-year reign — but he was not named in a pair of investigations that led to the arrests of several of his fellow executives.

2. WHAT ARMY FACILITY IN UTAH MAILED BY MISTAKE

The conservative culture warrior opens this political season as a heavy underdog in a race expected to feature more than a dozen high-profile Republicans.

4. WHERE IRS BELIEVES IDENTITY THIEVES WERE BASED

The criminals who stole the personal information of more than 100,000 taxpayers from an IRS website are part of a sophisticated theft ring based in Russia, two officials tell the AP.

The move gets unusual backing from conservatives who oppose capital punishment for religious, financial or practical reasons.

The drains help protect neighborhoods during flash flooding — but can suck in unsuspecting residents and rescue workers.

7. WHICH UPGRADE IS COMING TO VEHICLE NEAR YOU

Nearly every major automaker will soon begin offering technology that effectively turns a car's dashboard screen into a smartphone.

8. VATICAN TO WEIGH IN ON CLIMATE CHANGE

The actor-comedian was badly injured when a Wal-Mart truck slammed into a limo van carrying him and other passengers back from a show in Delaware last June.

Bob Schieffer will host CBS' "Face the Nation" on Sunday for the last time after 24 years.