Jon Stewart hammers FIFA for 24 years of corruption: It started a whole "Jennifer Lawrence ago!"

On the bright side: Soccer is finally getting its "perp walk" 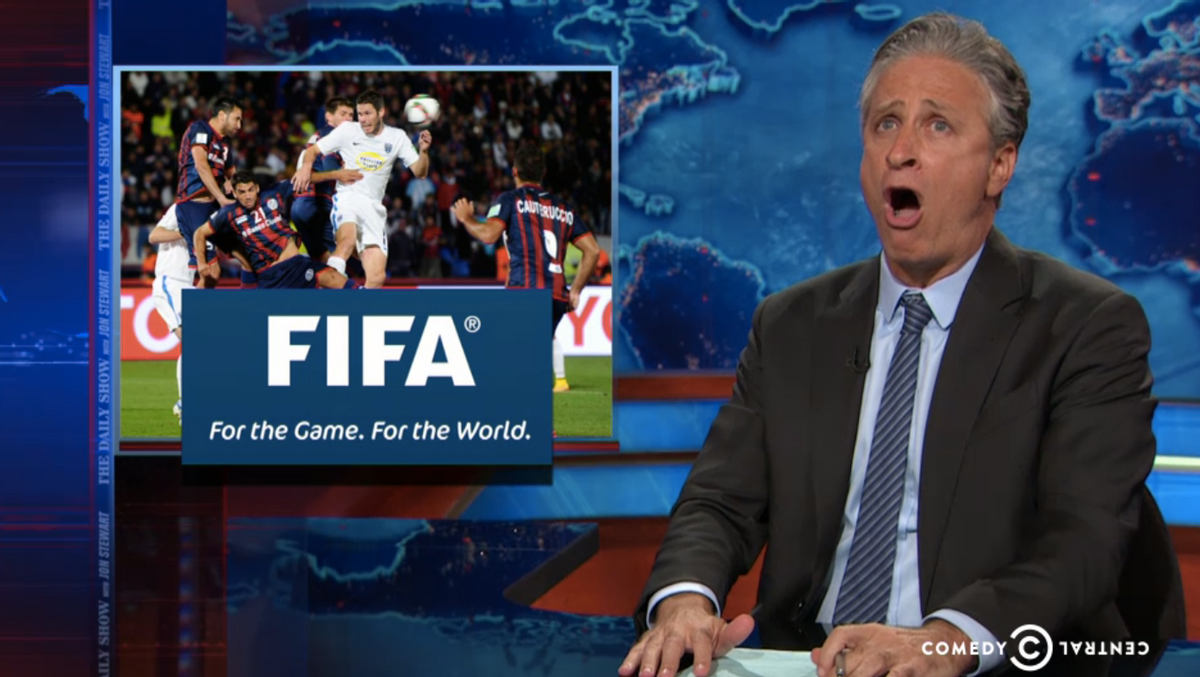 Jon Stewart called out FIFA for its 24-year run of alleged corruption -- starting a whole "Jennifer Lawrence ago" -- on Wednesday night's "Daily Show." But he was also the bearer of some good news for the doomed money-laundering organization: Finally, he said, soccer would be getting the publicity other scandal-ridden sports have enjoyed in the past.

"Soccer is getting its perp walk," Stewart said, before mocking FIFA for getting caught by the Swiss of all people -- a country whose official policy on Nazi gold is "we'll allow it," he quipped.

In any case, Stewart was baffled that it took investigators 24 long years to catch the "cartoonishly evil" organization red-handed. He used the opportunity to launch into an extended bit -- complete with '90s-style headwear -- in which he speculated why a whole "Jennifer Lawrence" had to pass before confronting the organization's misdeeds.

"Americans may not watch soccer, but we will happily, nay, enthusiastically, launder its dirty money," the "Daily Show" host said.