TV news reporters claim every single year that it's "the worst" allergy season yet. Does the science check out? 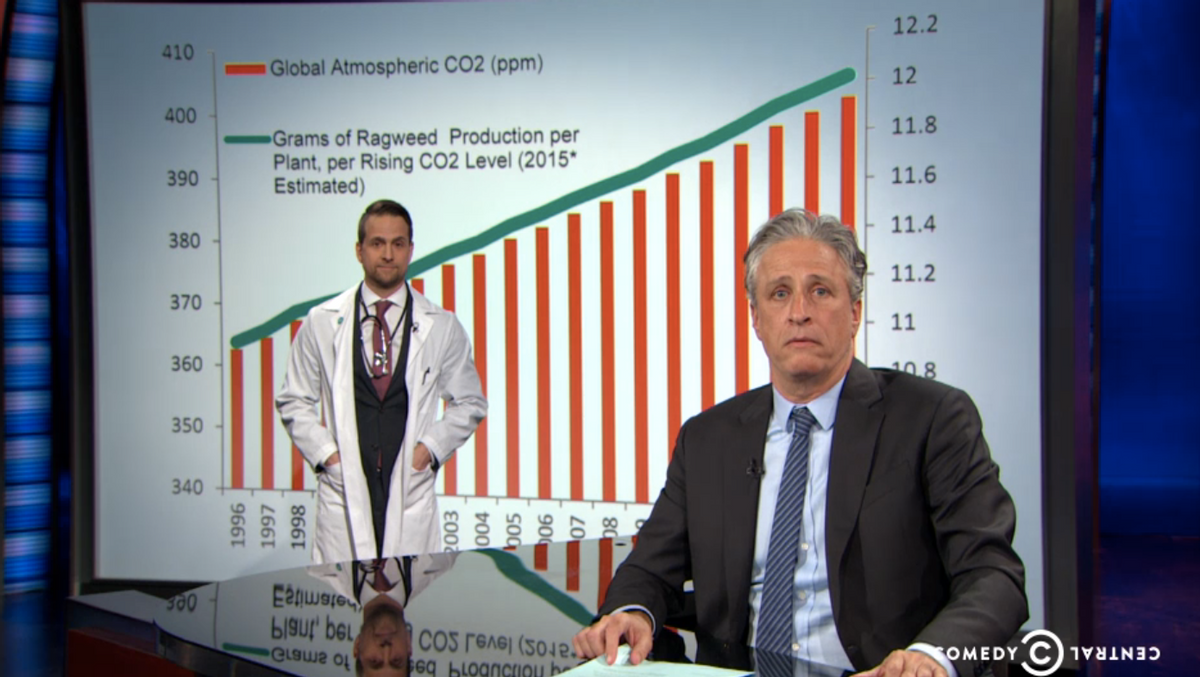 Year after year, TV news reporters claim that it's the worst year for allergies  -- with hyperbole ranging from "a perfect storm of allergens" to "pollen tsunami" to the "worst we've ever, ever seen" -- which prompted Jon Stewart to do some fact-checking on Wednesday night's "Daily Show."

"How could every year be the worst ever? What is it, the Knicks?" Stewart said, as "boos" erupted from the audience.

Stewart's media roast was cut short by Mike Tringale of the Asthma and Allergy Foundation of America, who explained that the news reports were not far off the mark. Turning to actual science, Tringale explained that every allergy season is actually worse than the one predating it.

"As global temperatures rise, and greenhouse gases rise, so does pollen production every year," Tringale explained.